While every day is different for members of law enforcement, there are still a few things that take place that even in the world of unexpected happenings where something extremely unusual crops up. Such is the situation Bridgeport Sgt. C.B. “Bart” Sayers found himself in recently.
Now, he needs the public’s help to hopefully see what transpired.
According to Sayers, on August 30 a black male suspect approached the ATM at the Justice Federal Credit Union. And this wasn’t a normal approach to an ATM at the White Oaks development. 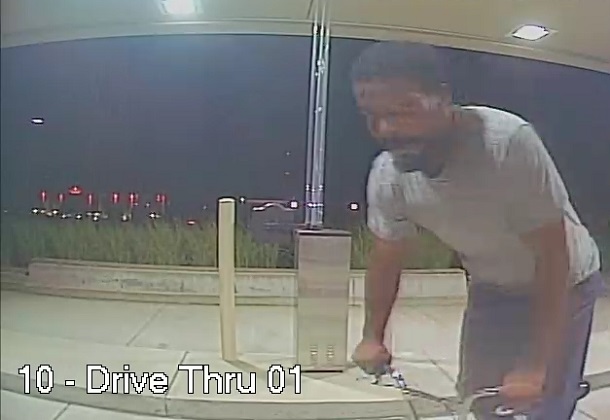 The male, with a beard, was riding a small red and white bicycle. From there, he went to the ATM. It was approximately 1:30 a.m.
“He appeared to press buttons on the ATM. His actions caused the ATM to shut down. It required a repair company to be call in for a fix,” said Sayers.
Sayers said the charge for the individual, if the public can assist in identifying him and he can be located, will be treated as destruction of property.
“The local media has been helpful in getting this type of information out to the community to help locate individuals,” said Sayers. “They are our eyes and ears and have been great in the past and I’m looking forward to getting contacted by phone or email. This is unique.”
Sayers said it’s unknown if the actions were intentional or accidental at this point.
“We haven’t heard of any information regarding a scam or other ATMs being affected,” said Sayers.
He can be reached a csayers@bridgeportwv.com. He can also be contacted by phone at 304-842-8260.
Editor's Note: Additional photos taken from surveillance footage can be found in the link below.