Change Literally in the Air as New Service Provider to Take Initial Flight at City's NCWV Airport on Dec. 1

Come Dec. 1, there will be a new airline in town for daily flight service. And North Central West Virginia Airport Director Rick Rock said he expects things to go smoothly.
“Everything, including the transition from one airline to another, is going seamlessly, and we expect that to continue until the switch is made,” said Rock who spoke about the new airline at Wednesday's Benedum Airport Authority meeting, the airport's governing body. 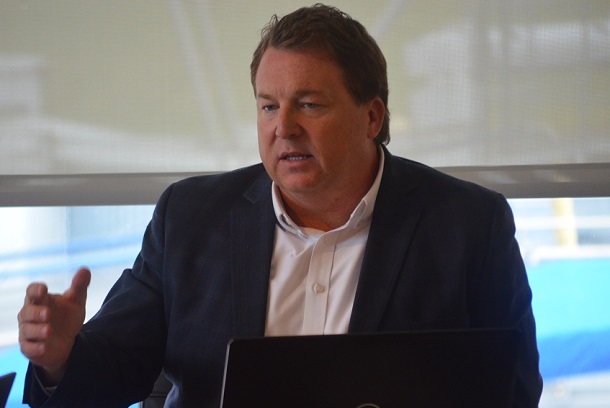 The switch Rock is referring to is the arrival of Contour Airlines to provide daily flight service from Bridgeport to Charlotte Douglas International Airport. On Nov. 30, flight service from Bridgeport to both Chicago and Washington, D.C., by United Express through SkyWest will end.
At 8:25 a.m. Dec. 1, the first flight to Charlotte will take place. Rock said the numbers are already looking positive for flights to Charlotte and will continue to get better once people get comfortable connecting to national and international flights out of Charlotte Douglas International Airport.
“This is a nice replacement for what we have and as people get familiar with (Contour) I think they’re going to be very happy,” said Rock, who said the public is invited to a ribbon-cutting ceremony the same day between 7 a.m. and 7:15 a.m.
For those who are concerned about the connecting flights that were offered by United Express through United Airlines, Rock and others have pointed out they should not be too concerned. Contour will be able to provide connections beyond Charlotte thanks to an interline agreement with American Airlines.
As for United, they have continued flight service and Rock expects that to continue the day before Contour takes over. United Express is leaving due to a national shortage of pilots that saw them eliminate 30 mostly rural routes. 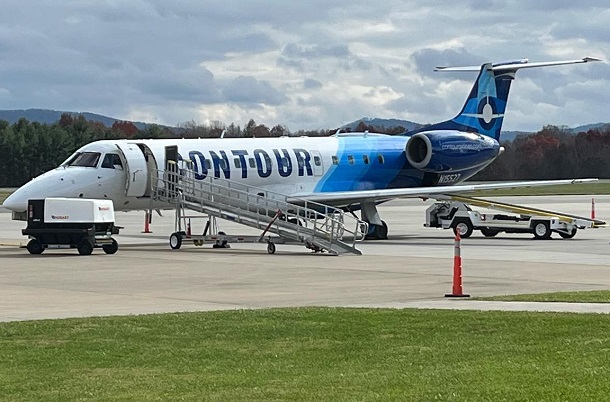 Both Contour’s service and the United Express service through SkyWest is the result of the FAA’s Essential Air Service (EAS) program that provides daily flight subsidies to rural airports. Airlines have to bid on the service and Contour was one of four to bid on NCWV Airport’s service after United announced its departure. It was one of only two to offer jet service and the subsidy by the FAA to Contour is $5.5 million.
“United has been a great partner and we’re glad to have worked with them all these years,” said Rock. “Now, we’re transitioning to Contour and take the lessons that we’ve learned and try to make things even better.”
Contour will utilize an ERJ135 or ERJ140 jet. It seats 30 individuals. Rock said the flight time is roughly 40 minutes.
To further make things move along, a resolution was approved by the Authority allowing Rock to enter into a lease agreement with Contour. The lease was for space in the terminal that is currently occupied by United Express and SkyWest.
More from this meeting in the days and weeks ahead.
Click HERE to book flights on Contour starting Dec. 1.