There may be a new wave of businesses coming to Bridgeport in the future. And it appears if it happens, they’ll all fall under the same business umbrella.
During Wednesday’s meeting of the Bridgeport Development Authority, members were told that the city has been inundated with calls from 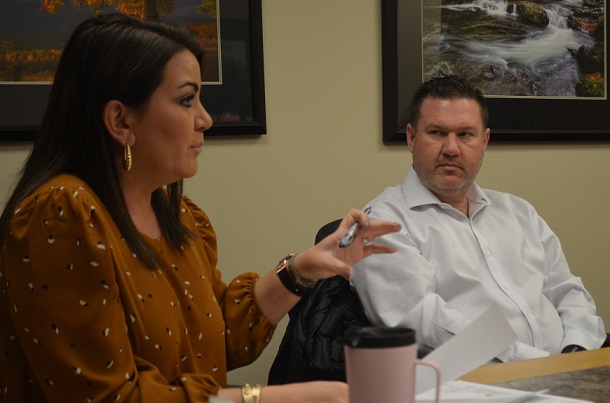 groups looking to open businesses relating to the medical marijuana industry. Community Development Director Andrea Kerr told those gathered she’s receiving calls every day.
“I would say I have spoken to two dozen different entities about locating here,” said Kerr.
The reason for the calls stems from applications to do business on the medical marijuana front are due to the state by Feb. 18, said Kerr.
“That’s for anyone wanting to grow, process, store or dispense in the State of West Virginia,” said Kerr. “The applications are due by the end of that day … They need to have everything in place by then and then they need to receive approval on their application from the state.
“Part of the rules and regulations require zoning letters and utility letters,” she continued. “All of these entities are scrambling to get their zoning and utility letters (from the city) to complete their packages to submit to the state that show where they want to locate.” 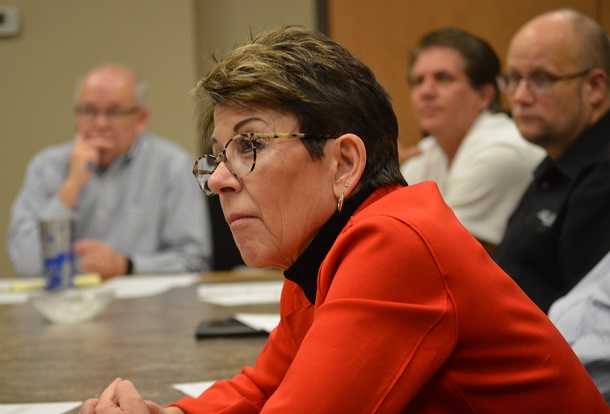 Kerr was clear that this doesn’t mean every business that is looking to get involved will open a shop related to the new industry in Bridgeport. However, it means if their applications are approved, they can open in areas where areas of the new industry would be allowed.
“As of now, growing would be allowed in one area and dispensing in another zoned area of the city. It could actually be categorized as a pharmacy, which would put it in retail,” said Kerr. “Potentially, you could see the industry spread out over multiple zoning areas. For instance, growing is classified in industrial so it will vary depending on what they want to do.”
Kerr said those applying to the state send her the address of where they would like to operate and what they will be applying to the state 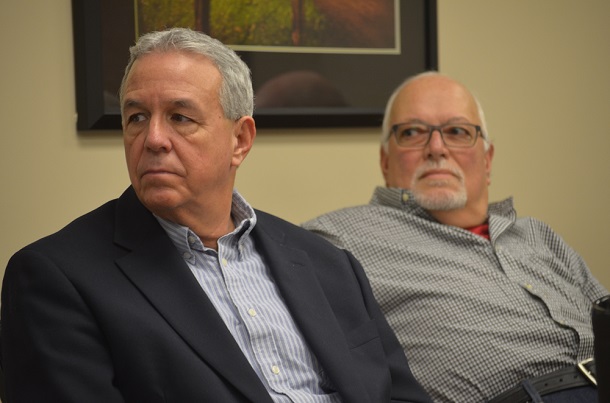 to do. From there, she makes sure the zoning currently matches.
“I can tell them yes or no,” said Kerr.
As part of the process, Bridgeport City Council at its Monday meeting directed the city’s Planning Commission to look at the zoning for the new industry.
“We have to determine if we want to keep all zones open to medical cannabis or maybe limit some of the zones,” said Kerr. “Based on everyone that’s contacted me so far, what the Planning Commission potentially may do will have no impact on any of them.”
At the start of the meeting, President John Stogran introduced the BDA's newest member in Ron Eagle. Eagle is the president of Bridgeport's HQ Aero Management.
More from this meeting in the days ahead.
Editor's Note: Top photo shows Andrea Kerr discussing the medical marijuana issue with members of the Development Authority, while member Bridget Furbee looks on in the second photo and fellow members Doug Marquette, left, and Mark Bonamico listen in the third photo.