What started out as a man being pulled over near the southbound rest area on Interstate 79 in Bridgeport for defective equipment ended up turning into a high-speed pursuit that lasted more than 20 miles.
According to Bridgeport Police Chief John Walker, Officer Bladen Smart made the attempt to pull over a 2017 Chevrolet, model unknown, Sunday at 4:20 p.m. The vehicle, he said, appeared to be pulling over before taking off. 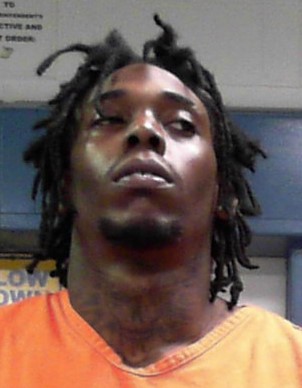 Inside the vehicle was Kilan Scott Nicks, 21, of Charleston. Walker said Nicks took off and began traveling down the interstate at high speeds, reaching up to 110 miles per hour and going well into Lewis County.
“The suspect fled until he was apprehended at mile marker 95, which is near the South Weston area,” said Walker.
Nicks did not stop after having a change of heart regarding fleeing. Rather, Walker said the Lewis County Sheriff’s Department deployed spike strips around mile marker 96 that disabled the vehicle.
“At that point, he gave himself up,” said Walker.
During the pursuit, Walker said Smart alleges Nicks threw bags out the window. After the pursuit ended, the bags tossed out and other items found during a search of the vehicle found 1,080 grams – or nearly 2.5 pounds – of what is believed to be marijuana. Officers also found $2,915 on Nicks, said Walker.
Walker said Nicks has been charged with fleeing with reckless indifference and possession with intent to deliver marijuana.
Both are felonies, he said.
“Any pursuit is dangerous and this one, like others, are taken as such. When there is a second car involved in the pursuit it will call out road conditions, the speed throughout the pursuit and other factors,” said Walker. “The supervisor makes the call whether to abort the charge or let it continue.”
Bridgeport and the Lewis County Sheriff’s Department were not alone. The Weston City Police, the Harrison County Sheriff’s Department and the West Virginia State Police all assisted.