Although it was not completely devoid of members, Monday’s Bridgeport City Council had a similar feel to the meetings in April and May where most of the action was done through a virtual meeting.
Mayor Andy Lang along with members Dustin Vincent and Robert Greer attended the meeting in person at the Bridgeport Municipal Complex along with other city staff. The rest of the group joined in by way of video conference. The decision to go that route came today. 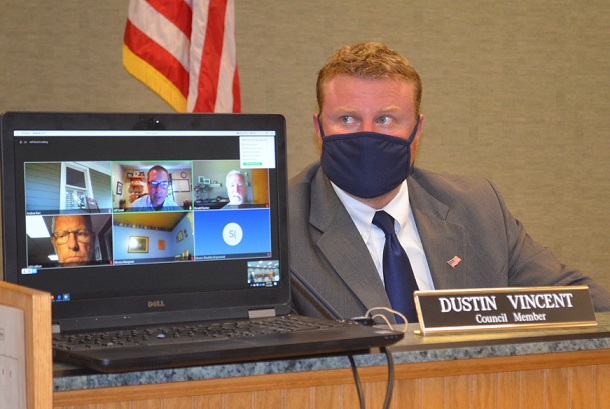 “The spike (in positive COVID-19 numbers) and the Governor (Jim Justice) changing the (group gathering) number down from 100 to 25 is the reason we went to this,” said City Manager Randy Wetmore. “Even though the (mandate) doesn’t start until midnight, we just thought it would be an option Council could use. We’ll continue to watch the numbers and make decisions from meeting to meeting.”
The meeting, as did previous ones where the standard was all elected Council members met via video conference, went off well, said Wetmore. However, those gathered would rather not have to do in this direction.
“Here we are back again,” said Council member Harry “Hank” Murray. “… I hope the numbers go in the right direction so we can get back to normal.”
Once the meeting started, it was normal in the fact that it was business as usual. And the big-ticket item involved a project at the $45 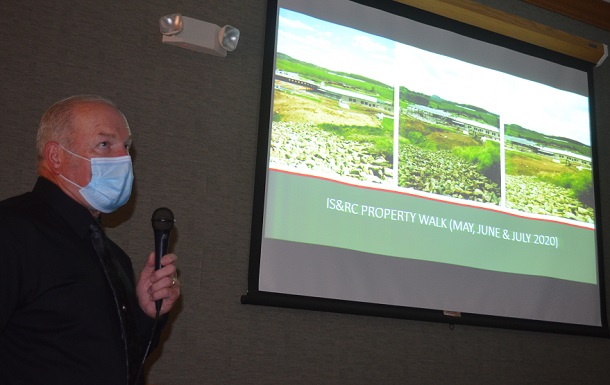 million-plus Bridgeport Indoor Sports and Recreation Complex, or now known as “The Bridge.” Council approved a contract with TriMark Foodcraft, LLC of Winston-Salem, NC in the amount of $135,299 and a 10 percent contingency of $13,529.90. Both are for supply and installation of kitchen equipment at the new building.
“It’s the whole package,” said Parks and Recreation Director Joe Shuttleworth in describing the kitchen project. He said the project budget was $150,000 in the plans.
The project is part of the contract’s FFE (fixtures, furniture, and equipment). With the FFE, the city procures certain portions of the project. Mayor Andy Lang said it is done that way to help ensure the best price is achieved.
The building is set to be completed by April. Weather and other factors could move that date back. 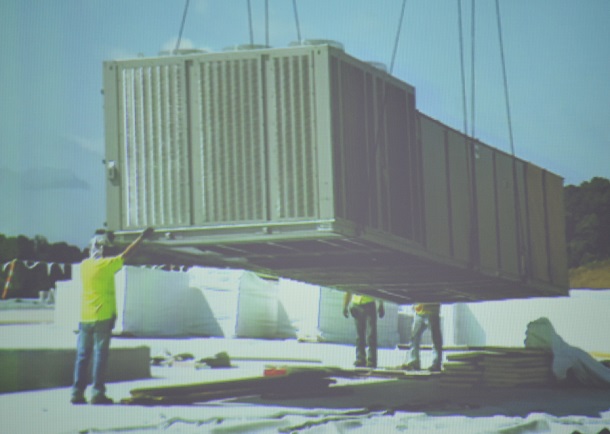 The approval of the contract came after a presentation by City Special Projects Coordinator Fred Burton and City Engineer Beth Fox on the facility. It came during the work session prior to the regular session.
Burton and Fox presented slides of the project. Many of the slides showed progress of the building in a separate photo from the same angle from May, June, and July. Burton also said that “the power is on” at the facility as he talked about infrastructure.
Council also approved a contract with Alco Fence Company of Fairmont for $23,537 for installation of a gate with remote access. The gate would be installed on the new facility directly across from the Recreation Complex on Forester Boulevard that houses space for Bridgeport Parks and Recreation and Public Works.
Two items on the agenda were “postponed” after brief discussion. An ordinance on how the city takes in infrastructure, primarily involving the dedication and acceptance of streets, roads, and alleys in the city limits, was not acted on. Also did not act on adopting the “Utilities Accommodation and Coordination Manual for the City of Bridgeport.” Wetmore said the manual will cover standards regarding underground and overhead utilities that exist within the city’s right of ways and what is expected when utilities are in place.
In other business Monday, Council:
Editor's Note: Top photo shows Council member Dustin Vincent listening to members who took part through a video conference Monday. Second photo shows Special Projects Coordinator Fred Burton giving Council and update on "The Bridge," the city's indoor recreation facility. The bottom photo shows workers installing a 15,000 pound HVAC unit, which is one of several that will be on the building and not the heaviest.