For the first time in 20 years, a Bridgeport City Council meeting was presided over by a new City Manager. On Monday, Randy Wetmore took part in his first official meeting that included a work session, a regular season and a meet and greet reception in between.
Wetmore, who replaced Kim Haws, thanks those on hand for the chance to lead the city.
“I’m really happy to be here. I’ve been welcomed here probably better than any other city I’ve been in,” said Wetmore. “I was at National Night Out (last week) and got to meet all kinds of people so a lot of people probably know my face. I’m not sure I remember too many 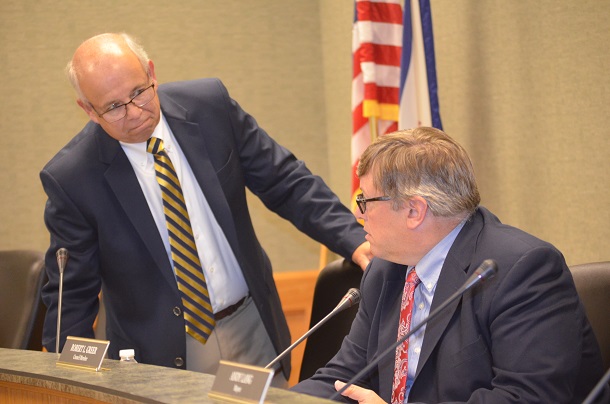 names.”
Wetmore’s comments were brief to Council and those gathered during the City Manager’s report of the meeting. He did talk – and joke – about the North Central West Virginia Airport receiving $20 million last week ($10 million grant and $10 million loan).
“The mayor let me know that we have weekly grants coming in for $20 million so I really enjoyed last week and I’m waiting to get the message that we’ve got another $20 million coming this week,” said Wetmore. “… I really look forward to working with everybody. The staff has been great. I think they’re professional. They’re very competent and they know what they’re doing.”
Wetmore is no rookie when it comes to being a city’s top administrator. Mayor Andy Lang spelled out that Wetmore has worked in cities in 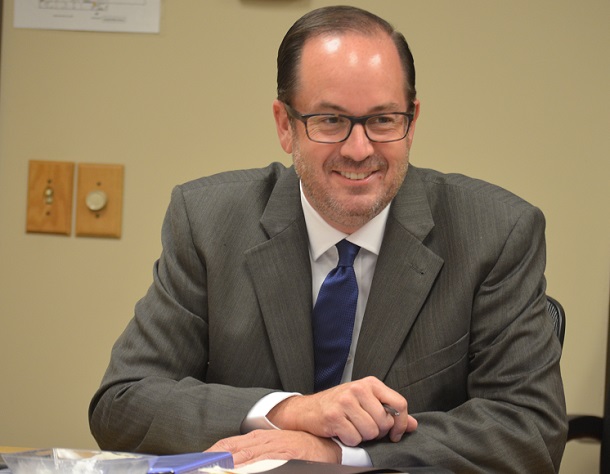 Georgia, Iowa, Tennessee, Kansas, Oregon and South Dakota.
“He’s worked in cities that have had as little as 2,000 people to over 200,000 people,” said Lang.
As for official business, Council addressed several items. The only item under unfinished business allows for the rezoning of 5.76 acres from Residential-I to Business-2. The switch to B-2 will allow Abraham Linc to continue its expansion, which primarily will consist of a parking lot for their substantial Main Street business.
The matter was approved on first reading at the July 22 Council meeting. Monday was the second reading of the ordinance.
In other business, Council re-appointed Alison Deem to the Bridgeport Library Board for a term of five years. Council member Dr. Harry M. “Hank” Murray and Library Director Sharon Saye stated she’s easily been on that board for more than 20 years.
Council heard from Community Development Director Andrea Kerr and also approved a slip remediation project. More on that in the days ahead on Connect-Bridgeport.
Editor's Note: Top photo shows City Manager Randy Wetmore, standing, talking to Council member Robert "Bob" Greer prior to the start of Monday's regular session, while Mayor Andy Lang is shown during the work session below.