It’s not unusual for the police officer to come out in Mike Matvich. After all, from 1991 to 2005 he was a member of the Bridgeport Police Department – starting as a 26-year-old and leaving at the age of 40 with the rank of sergeant that included being a member of the Special Response Team (SRT). 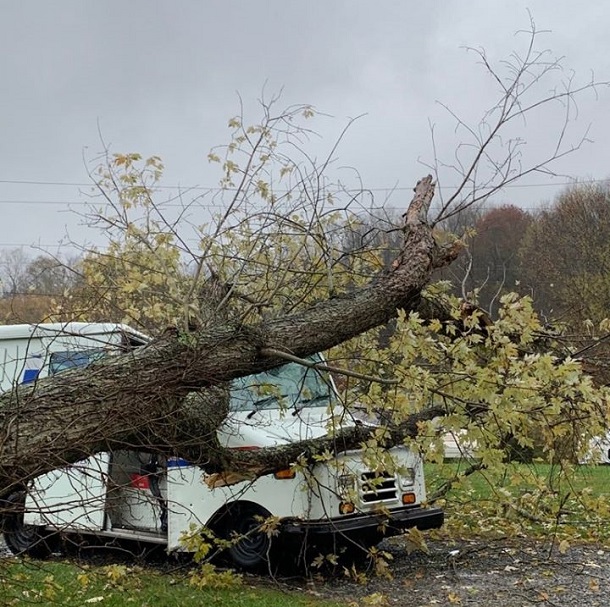 That’s why when there was an accident earlier this month, Matvich’s old instincts kicked in.
“The cop in me told me to take pictures, and that’s what I did,” said Matvich.
Of course, despite facing some difficult situations as a law enforcement officer for years, this November accident was different than anything he ever took pictures of before. The accident took place as a driver for the United States Postal Service, where Matvich has worked since 2005, and it involved someone he wasn’t used to taking pictures of – himself.
The 54-year-old Summit Park resident was doing his route, the same route he’s done every day for the last six years, when things went from the norm to nearly deadly anomaly in a second.
As he made his way up 16th Street in the North View section of Clarksburg near the old NVAC ball field, he didn’t get to do what he usually does in that area and all other areas.
“I was just planning on delivering mail, checking in on my older customers like I usually do. Rarely anything takes place that’s unique, maybe a few dogs, but the days are routine,” he said. “This day would not be routine.” 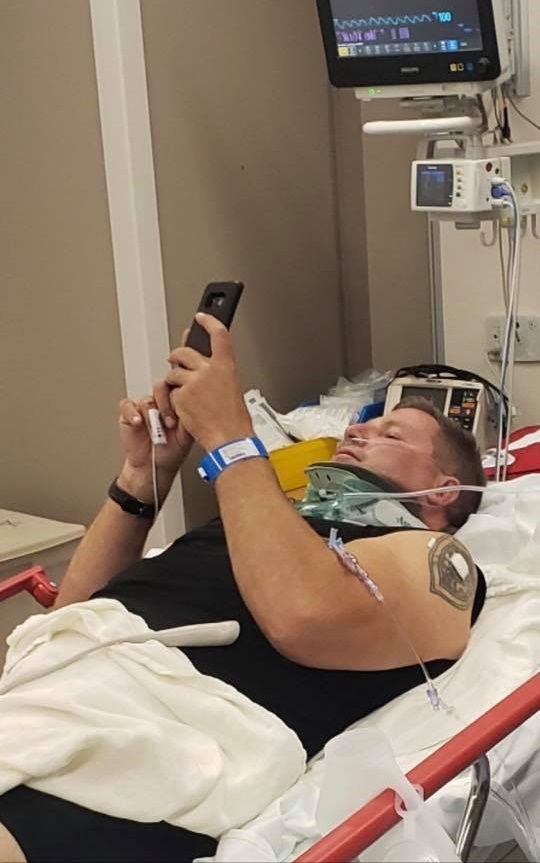 As Matvich left the paved section of 16th Street to the graveled section above the left field grassy hill area above NVAC, things changed. And they changed in a hurry.
“I had a moment where suddenly everything stopped, and I was trying to figure out what the hell was going on. All I knew is I was sitting there with blood on my face and teeth in lap,” said Matvich. “I was pinned against the back of the head rest and it took me about 30 seconds to get out once I realized I needed to get out.”
Once out, Matvich realized what had happened. As he was driving, a tree along the baseball field fell directly on to his postal vehicle. And it was a direct hit from a large tree.
“I think the tree may have been dead and the ground was soft from where it had been wet and cold. It was raining the night before and there was no heavy raining when it happened,” said Matvich. “I think it may have just broken off. I haven’t gone back to check that yet.”
Matvich said aside from the blood and missing teeth, his neck was bothering him. However, he immediately called his boss Jimmy Smith to let him know he was in an accident. He called his daughter, Amanda Bailey, and then called his girlfriend Ann Burkhammer.
As for 911, someone else handled that.
“One of the neighbors came out and asked if I was okay and I told her I wasn’t and to call 911 so I knew that was taken care of,” said Matvich. “Knowing the police, I knew once they showed up, they weren’t going to allow me to be going a whole lot on the phone, so I called who I needed to call to let them know I was okay.
“The police got there and told me to sit still,” he continued. “Fire and rescue came and put me on a gurney and into the ambulance.”
From there, he started to learn he wasn’t “okay.” The matter of how much he wasn’t okay was yet to be determined. 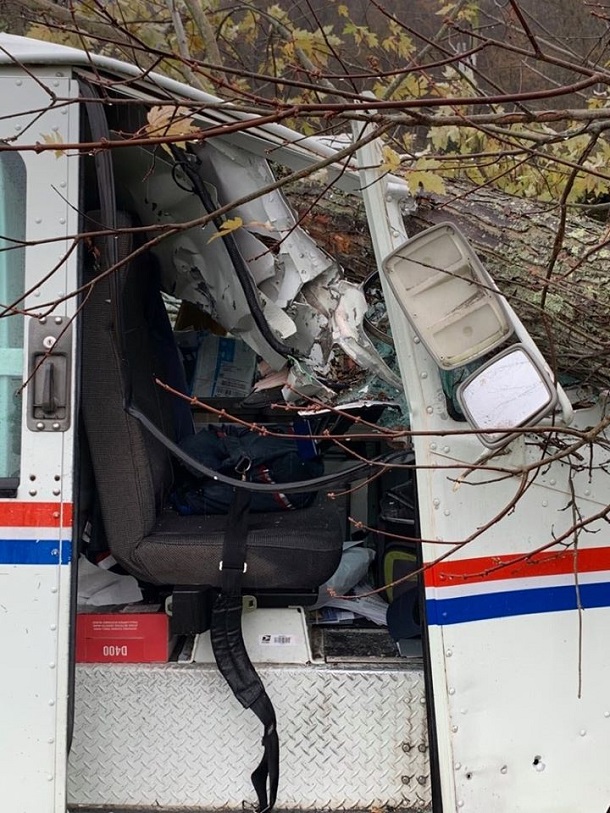 “I felt I was in pretty good shape when I got out of the vehicle all things considered,” he said. “I knew my neck was hurting a bit.”
There was a reason for it. After a trip to United Hospital Center and then a transfer to Ruby Memorial, Matvich had broken his neck. He had broken C1 and T2 vertebrae.
Initially, there was talk of paralysis. Matvich said he was feeling good enough to not be overly concerned and that panned out. Instead of any type of surgery, he’s in a neck brace. He’s already been to Wilson Martino Dental to get the fourth teeth knocked out and a couple of others that were broken on the way to repair.
Amazingly, a day and a half later after the tree landed on his vehicle and broke his neck, Matvich was home. His daughter, who just happens to be an LPN, and his brother are taking care of him on the road to recovery.
“I’m going to be off of work until the first of year at a minimum and then maybe some duty, but they also told me it could be three months or so before I could start being my old self again,” said Matvich. “I’m getting a little better every single day.”
Matvich knows the odds of driving a vehicle and having it struck by a tree are bad odds. Yet, he doesn’t feel like he’s gotten a bad break. In fact, he feels just the opposite.
“I’m very thankful how this turned out. A lot of people have told me how unlucky I am, but I actually think I’m lucky,” said Matvich. “This could have been worse.”
Another silver lining, according to Matvich, has been the response from family and friends and even people he doesn’t know.
“There’s been a lot of it. My God, you should see all the stuff on Facebook,” he said. “I definitely feel I’m lucky.”
Editor's Note: Top photo shows the tree that landed on Mike Matvich's vehicle, while he's shown returning messages while in the hospital in the second photo. Bottom photo shows how the treen pinned him into the vehicle. All photos courtesy of Mike Matvich.