Growth of Bridgeport Business Leads to New Location as Part of $80,000 in Work to Match Service Demand

It’s a locally owned business with three locations throughout North Central West Virginia. And the good news is that things are not only going well, the business is bursting at the seams.
Because of growth that has exploded over the last couple of years, the Bridgeport location of Nardelli Audiology is getting ready to expand and move. The good news about the move comes on two different fronts.
First, the office will be going from their current size of 1,000 square feet to roughly 3,000 square feet. Second, the business that is currently located at Simpson Square is moving but not really moving. 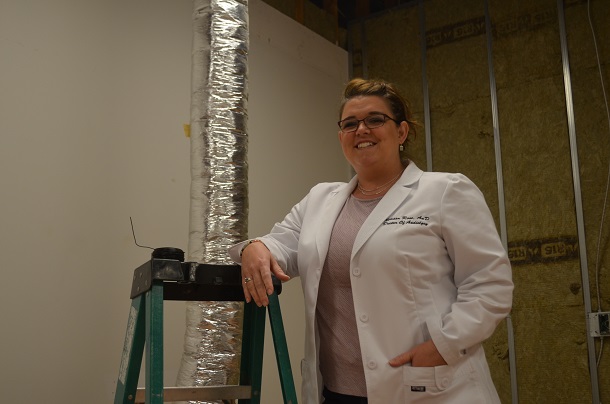 “The additional space is needed to meet the demands of our clients, but what really makes the move a lot easier to deal with is that we’re going from one side of Simpson Square to the other end,” said Dr. Melissa Rose, the owner of the business. “We’re very excited about the move.”
Rose said the Bridgeport office at Simpson Square has been in operation since 2008. Eleven years later, it’s no longer able to meet the demands placed on it.
“We’ve gotten by just fine, but we needed the space. The real problem was we didn’t want to move, and it all worked out perfectly,” said Rose.
Rose found out the space was available from property owner Don Baldini. She immediately wanted it and, since then, work has been ongoing. Bonamico Construction is handling the work.
“Mark Bonamico and his crew is down there building it out for me,” said Rose. “There are two big test rooms, a sitting room, orientation rooms and much more. We needed to expand and didn’t’ have the space. Down there, we will be able to do it.”
The space for the massive expansion is costing the business $80,000. The previous ceiling, floors and outside walls that were in place has been removed. Rose also hired WYK out of Clarksburg to soundproof the rooms.
“The rooms are being designed so we can easily utilize multiple providers,” said Rose. “When finished, four audiologists can work in the 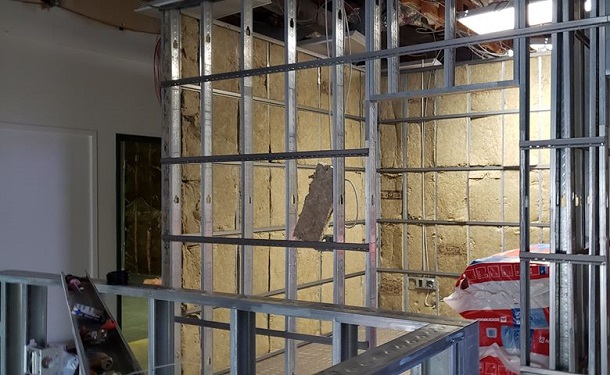 same space at the same time. We put in extra money to make sure this is my last move ever.”
Rose purchased the business in 2016. Nardelli Audiology has been in business, she said, for more than 20 years with an original office in Rosebud Plaza in Clarksburg. The Bridgeport location opened in 2008. There is also a location in Farmington.
“The Bridgeport office is our busiest office and our Clarksburg office is full and also busy,” said Rose. “My schedule is booked solid usually two weeks out.”
Rose said the Bridgeport office sees patients from Fairmont, Buckhannon, Grafton and all over North Central West Virginia.
“We have patients willing to travel to us because of our comprehensive hearing care. We pride ourselves on that,” said Rose, who said she plans on adding additional staff.
Rose said one of the biggest things her office handles is testing for disability for veterans as it relates to their pension exams. She said the Veteran’s Administration will send people from 110 miles away and it’s not unusual to see a veteran being tested from Parkersburg or even into the state of Maryland.
If you are interested in learning about the services provided by Nardelli Audiology, you can reach them at 304-842-9428 (WHAT). The business is open Monday through Friday from 9 a.m. to 5 p.m. The new site will likely have extended hours. Rose said the goal is to be open by the first week of 2020.
Editor's Note: Top photo shows Dr. Melissa Rose in one of the rooms in her new space. Bottom photo shows a room that is being soundproofed to allow for multiple audiologists to do work at the same time.