It's Official: City Manager Wetmore is Stepping Down

It was nearly two years ago, on August 1 of 2019 to be exact, that Bridgeport City Manager Randy Wetmore assumed his current position. It will be less than a year before he steps down.
Wetmore, who assumed the reins of the city from long-time City Manager Kim Haws and directed it through the COVID pandemic, announced tonight he will be retiring. The announcement came during the Bridgeport City Council meeting as an agenda item featured hiring GovHR for an executive search.
Wetmore is one of the executives. And for those wondering, there are no issues with him leaving – including working the bulk of his time during a pandemic that is still on going. 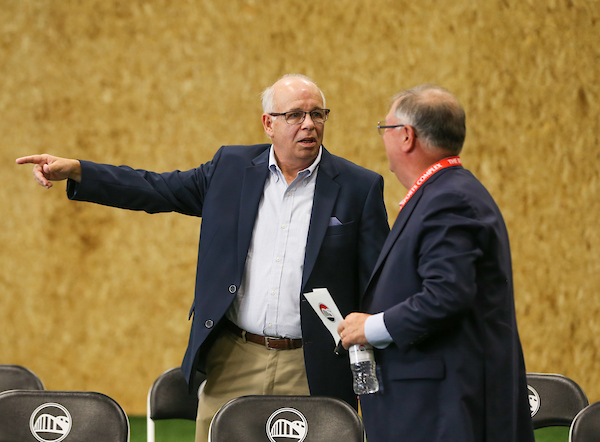 “This really has nothing to do with the issues relating to working in the COVID environment,” said Wetmore. “It’s actually pretty simple and equally important. It is family related.”
The good news is that it is not a family issue with a health problem. Rather, the reason Wetmore opted to come out of retirement and settle into the job in Bridgeport is the same reason he will be leaving.
He still had the job itch after retiring previously when the Bridgeport job came open. As it turned out, the job was attractive and the fact it was about the same distance between his children in Indianapolis and Virginia allowed for visits both ways to see the grandchildren.
Now, with his daughter getting a job back in Indiana, both siblings are close to one another. Randy Wetmore will soon be in the same mix.
“My wife and I enjoy being close to our family. That’s what it comes down to,” said Wetmore.
Ideally, Wetmore said the hope is to have his replacement on by January of 2022. He will be leaving officially on Feb. 22 of that year so 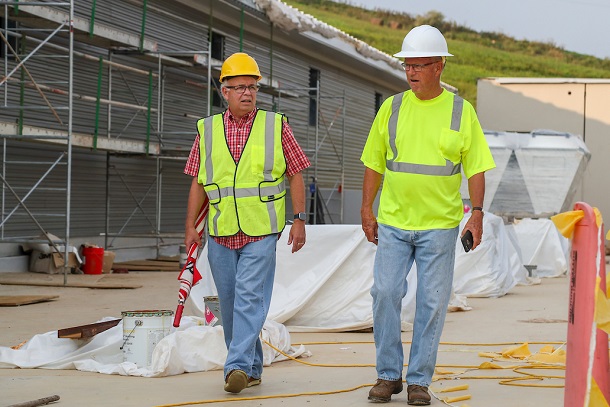 the two individuals will have time to work together, including going over the start of budget process.
“When I leave in February the idea is that everything will be ready to go and the transition will be as smooth as possible,” said Wetmore.
Wetmore said his time in the city has been a pleasure. He said it was about the only place that could draw him out of his first retirement.
“This is such an amazing place, especially when you consider the size of the city and the size of the projects such at The Bridge taking place and the future remodeling of the fire station along with park and street improvements, a new water tower and so much going on constantly,” said Wetmore. “All in all, this city is extremely busy.
“I think the city will be buys with the growth for many more years; I don’t see that stopping,” said Wetmore. “It’s a result of working with great elected individuals and staff. There is also a lot of support in the community, which is very important.”
While Wetmore came out of the retirement shell to take this job, he said he will not be doing that again. 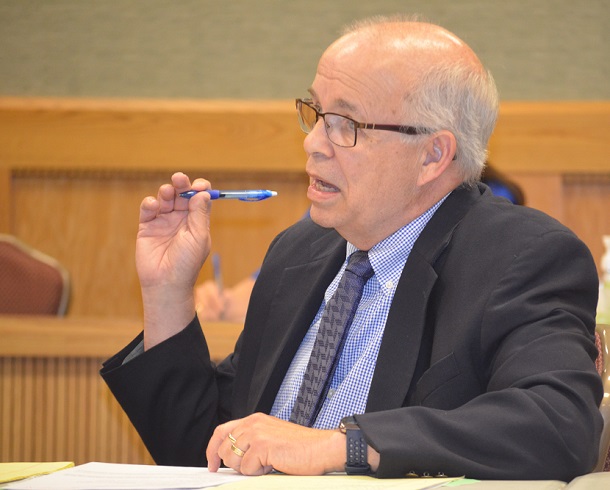 “This one will be it,” said Wetmore. “There will be some painting, some reading and being a grandpa, that is something I’m looking forward to the most; I’ll be golfing too.”
Wetmore said serving as the city’s top administrator was “unique,” but city staff made it work. He said the fire department personnel kept him and others up to date on CDC information that was needed for decisions.
“We did the best we could and used the information provided to us that was so helpful,” said Wetmore.
Wetmore is not the only city official that is leaving. Another of the city’s longest-tenured department heads had their retirement date announced last night. More on that individual Tuesday on Connect-Bridgeport.
Editor's Note: Top photo shows Randy Wetmore, left, talking with Council member Hank Murray at The Bridge grand opening, while he's shown, left, with Council member John Wilson on the roof of the facility during a progress visit earlier this year. Bottom photo shows Wetmore during a City Council meeting. Top two photos are by Ben Queen Photography.