The good news keeps coming for the North Central West Virginia Airport and the City of Bridgeport.
On Wednesday at the Benedum Airport Authority officially approved a contract for nearly $2.1 million for the initial phase of the Benedum 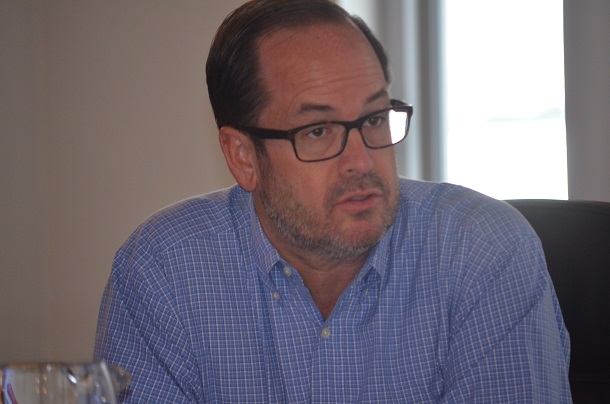 Logistics Park that was first publicly discussed in 2018. The Authority approved the lowest of six bids from Buckhannon’s High Point Construction for $2,067,692.30.
Work is expected to begin soon on the five acres where the park will be situated. The main component of the first phase will be the construction of a shell building on the property to be utilized by a new tenant or perhaps an existing tenant already situated in the airport’s sprawling aerospace sector. Whoever ends up there will renovate the interior to their needs.
The building isn’t the only part of the contract. Authority member and Bridgeport Mayor Andy Lang said the land will be brought to level, an access road included along with utilities and fencing. The plans are for more than one building, he said.
Plans were first revealed for the project in May of 2018. At that time, Lang and Authority member and Harrison County Commissioner David Hinkle of the Airport Authority’s “Special Projects Committee” explained plans for the five acres in question that is situated just off U.S. Route 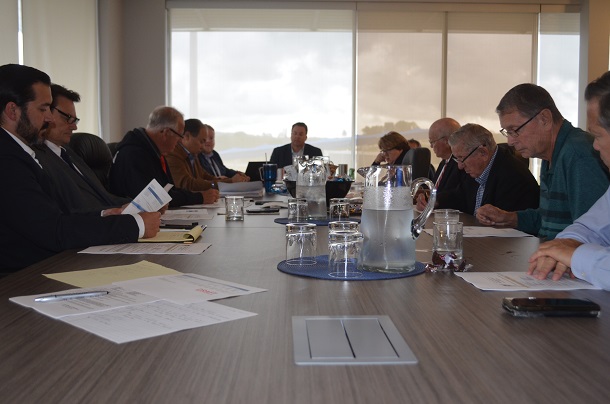 50. He said at the same meeting he envisioned as much as 70,000 square feet of space being available in the part.
The bulk of the project’s costs will be covered by federal grant money the airport received last year, which was a $1.7 million federal EDA grant. The airport will foot the rest of the bill, which is roughly $425,000.
NCWV Airport Director Rick Rock said construction could begin within the next 60 days. Lang assured Authority members that all businesses currently at the airport have been notified that the shell building will soon be available and can take advantage of it. He pointed out that most of the existing businesses are almost “out of space” in their current structures.
Editor's Note: Top photo shows Authority Member and Mayor Andy Lang talking about the Logistics Park, while the Authority is shown at their main table in the second floor of the terminal building below.

Bridgeport Public Library - Get Your Game On