While the bulks of the stores at the Meadowbrook Mall have reopened amidst the COVID-19 Pandemic, at least one store has not only decided not to reopen, but has closed permanently
A Mall official confirmed earlier this week that Zul’s Fozen Lemonade/Coffee Shop (Zul’s Inc.) has ceased operations at the long-time Bridgeport retail hub. The business has taken down all of its signage as well as removed all of the operating equipment located inside its 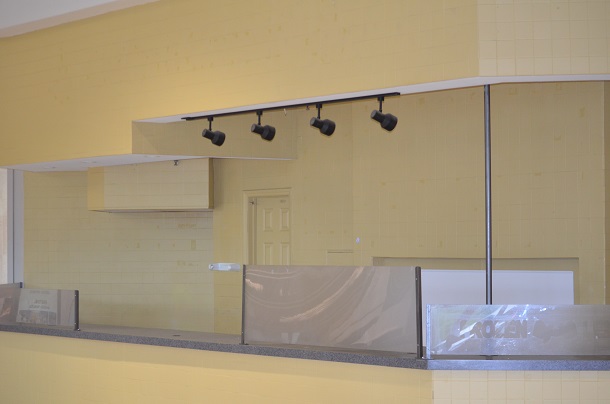 space near the very entrance of the Meadowbook Mall Food Court.
“They closed operations when we closed per state orders,” said Mall Marketing Director Robin Urquhart. “Their lease expired before we opened back up and they chose not to resume operations. I believe the lease expired at the end of April.”
The business had been in place for several years. According to the City of Bridgeport Finance Department, it began operations in October of 2013. The business did not make it to its seven-year anniversary.
“We hate losing any store, particularly one that was popular and this one was more local,” said Urquhart. “We’re searching for another coffee shop because no one offers all of the products that was offered by this business. We would welcome anyone, including local businesses to come here. Our leasing office is actually in the process of contacting all the local coffee shops to see if there is interest.”
If you happen to operate a coffee shop or would like to consider operating one at the Meadowbrook Mall, you can contact the corporate headquarters to make an inquiry. The number to call is 1-330-747-2661. When calling, ask for leasing.
Editor's Note: The photo shows what is pretty much totally vacant space in the former mall business that housed Zul's Frozen Lemonade/Coffee shop.