A national chain that has been in operation for more than a decade at Meadowbrook Mall closed operations a little more than a month ago, according to an official with the Bridgeport Finance Department.
On July 1, the mall saw another piece of its food court cease operations. That was the first time in slightly more than 12 years that the Subway was closed. The Bridgeport Finance Department said that the shop opened for business in June of 2007. 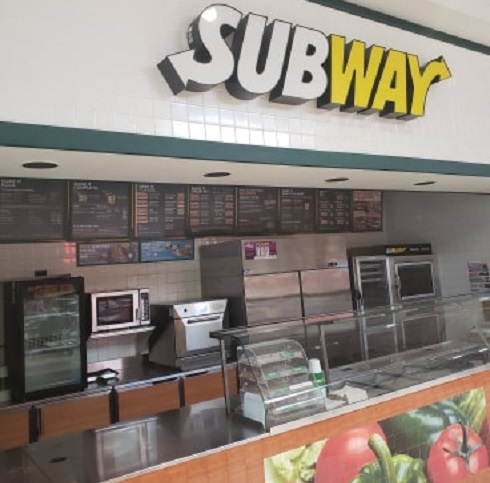 “It’s sad to see them leave as they have been long-time mall tenants. Subway is a national name and a fan favorite so it’s difficult to see them no longer a part of the Meadowbrook Mall,” said Bridgeport Community and Development Director Andrea Kerr.
The closing comes on the heels of the mall losing UBurn Sauce Company, Payless Shoes (national closing), and Miskycha – also in the food court. However, the mall has recently added Rock N Roll Rolled Ice Cream, the announcement of virtual gaming business Planet X, Boost Mobile, and Adams Hallmark that replaced the Hallmark that had been in place for years.
“Food courts always seem to when I’m visiting malls in or out of state, at least to me, the area with the most turnover,” said Kerr. “They seem to come and go in that area more so than others. Perhaps it’s the result of so many additional food establishments opening up locally, but we certainly want to see a healthy Meadowbrook Mall Food Court and have faith that there will be future additions.”
Kerr said that the Meadowbrook Mall, with the exception of the loss of anchor stores Sears and Elder-Beerman in recent years, still has the majority of its storefronts full.
“We’ve seen a few stores leave in the last year, including a couple on the restaurant front, but most of the spaces are still full and certainly have clientele from this area and several surrounding counties,” said Kerr. “One very positive sign is that the mall’s owners (Ohio-based Cafaro Company) continues to invest money into with upgrades such as the HVAC.”
Editor's Note: All the equipment and the menus remained of the Subway at the mall in this photo taken August 7.