For anyone hoping for fireworks from the newly seated Bridgeport City Council during its first meeting last night – Monday, July 8 – they probably are going to be disappointed. Last night’s Council meeting lasted just 15 minutes with almost half of that before a single item was addressed.
Prior to starting official business Monday, Harrison County Circuit Judge Chris McCarthy swore in the three members of Council who were winners in the most recent Bridgeport election. McCarthy gave the oath to incumbent City Recorder Dr. Harry M. “Hank” Murray, incumbent 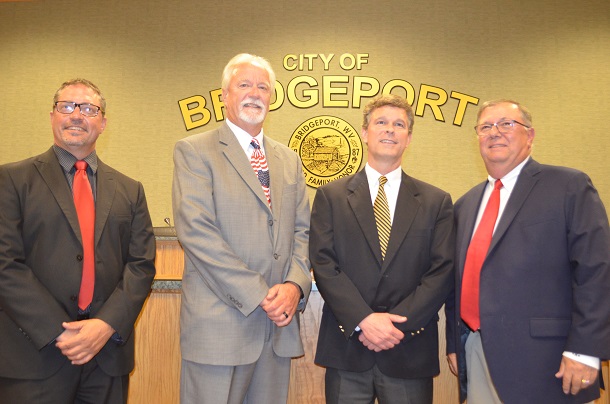 Council member Jeff Smell and new Council member Don Burton.
Burton replaced Lowell “L.J.” Maxey who opted not to run for a second term. Each member sworn in this evening will serve a four-year term.
After McCarthy handled his duties, Murray took over as Mayor for Andy Lang for the evening. Lang, along with Council member Robert “Bob” Greer had excused absences from the meeting.
The fill-in mayor and the new Council member in Burton, the city’s long-time Parks and Recreation director, weren’t the only things different. Bridgeport Police Chief John Walker, a regular attendee at meetings, was sitting in former City Manager Kim Haws seat.  Walker will serve as the interim City Manager until Randy Wetmore of Georgia takes over the position August 1.
“I see a lot of similar faces up here, but just in different seats,” said Murray. 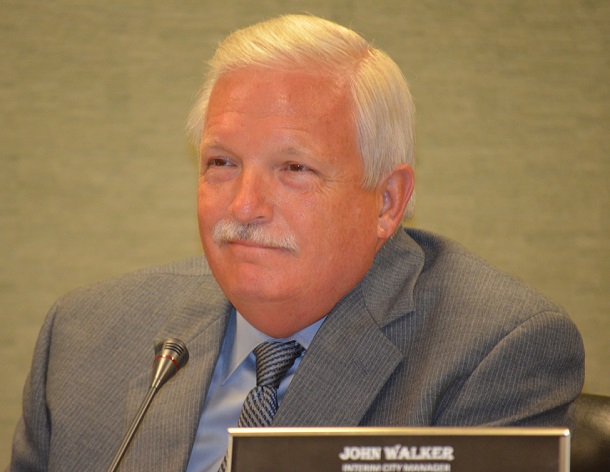 Murray addressed Council as well as those gathered, primarily family members and supporters of those being sworn in, about what turned out be a difficult weekend in the city. In the span of less than 12 hours, Bridgeport’s police department dealt with a domestic situation that ended up turning deadly with the alleged perpetrator dying from a self-inflicted wound, while the fire department dealt with two structure fires.
“What a wonderful group of first responders we have … we thank God for our first responders,” said Murray.
Walker also took a moment to thank those involved, which included more than one agency outside the city who assisted.
“They did a heck of a job,” said Walker.
The only official item of business involved Burton being appointed to the Harrison County Senior Citizens Board of Directors. Burton replaces Maxey on the board.
Editor's Note: Top photo shows the freshly sworn in members of Council. Shown, from left, are Jeff Smell, Don Burton, Judge Chris McCarthy, and Dr. Harry M.  "Hank" Murray. Bottom photo is of Police Chief and Interim City Manager John Walker.