Work is in full swing to fix an area that has caused the City of Bridgeport and some residents headaches for decades.
Bridgeport City Engineer Beth Fox said Mountaineer Contractors, Inc., out of Kingwood recently began work to fix an area along Long Street and abutting Compton Park that has been dealing with a slip for decades. For most of that time, that city has done band-aid repairs to the 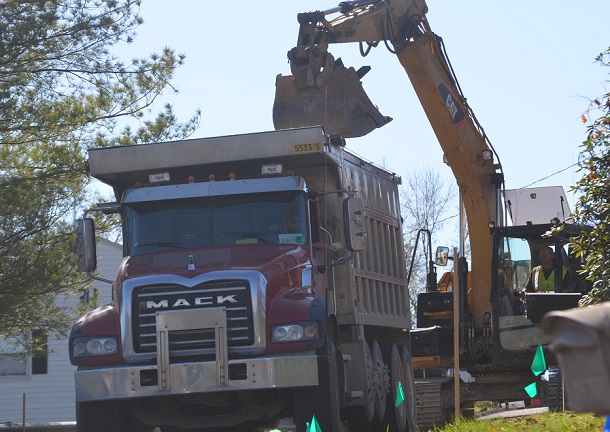 area. This time, the fix is expected to be permanent.
“The contractor is doing a full undercut of the unsuitable material under the roadway,” said Fox. “There will be stabilization fabric put in and the area will be filled with a good solid foundation of number three rock.
“We’re also going to install an underdrain trench on the left side of the road to capture subsurface water off the hillside before it gets under the road,” she continued. “It will outlet into a normal pattern of surface water.”
This past year, the city decided to go for a permanent fix. Subsurface drilling was done on the area and it was determined the problem needed addressed in a permanent manner.
“That’s our motive; to permanently fix this area. Decades of settlement have let to this and the goal is to create a lasting and finished section of roadway,” said Fox.
By no means is this a small or easy job. Only three contractors showed up at the pre-bid conference and only two contractors bid on the job. Mountaineer was the lowest responsible bidder at $148,604.75. The other bid turned out not to be complete. 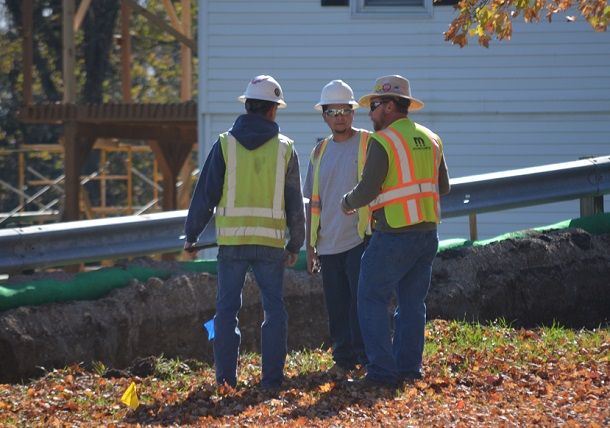 The bid for the project was approved by Bridgeport City Council at its August 14 meeting. At that meeting, Fox and Council members addressed concerns about the project from property owners impacted by the area and impacted by the work that would be done.
Those at the meeting seemed to be agreeable to the answers provided at the meeting. And Fox said the community has been more than accommodating to a project that has closed a somewhat heavily used residential roadway for everyone but locals.
“The property owners have been more than accommodating despite it putting them in a bit of a bind. They’ve been gracious and the contractor knowing how to work with the public has helped as well,” said Fox. “They work to get them to and from their homes. They’ve made what is an inconvenient situation for some a much easier situation.”
Fox is hopeful to have the project finished perhaps by next week. Weather could impact the completion date.
Editor's Note: Workers are shown near the beginning of the slip project.