With the 2018-19 season in the rearview mirror and state champions crowned, postseason honors continue for high school basketball teams. And recently, the Big 10 Conference announced its all-conference boys’ basketball team.
Bridgeport High School managed to land a trio of selections on the squad selected by the league’s coaches. The Indians had two members 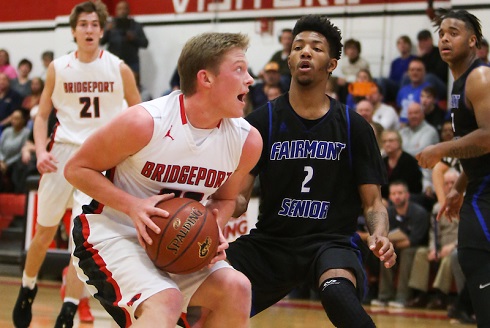 on the first team and one on the second team.
Nick Stalnaker was the Indians’ first team selection. The junior was the Tribe’s leading scorer with 14.8 points per game in 24 outings. Stalnaker had a season-high 38 points against Robert C. Byrd in a regular season contest.
Senior Jake Bowen was the other first team pick for Bridgeport. Bowen was the Indians’ second leading scorer this year by averaging 12.4 points per game; most of it coming from inside. Bowen scored a season-high 27 points in a home game against Elkins.
“I’m real pleased because both are very deserving to be on the first team, and one of the biggest reasons is because they both work hard,” said Coach Mike Robey. “Jake does the little things every night that don’t always show up in the scorebook from rebounding to 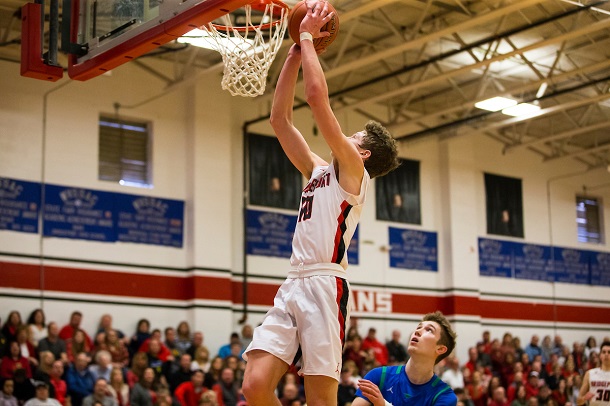 running all out on the break that makes a difference.
“Nick turned into our main go-to guy early in the season and not just for scoring,” Robey continued. “He was also a kid who tried to get everyone involved and was extremely unselfish; almost too unselfish. We had to ask him to shoot the ball more because there’s not a selfish bone in his body.”
BHS’s Tanner Bifano earned a second team selection on the Big 10 squad. Bifano averaged 12.2 points per game this year for the Indians from his center position and twice had a season high of 20 points (Liberty and Preston).
“There were a lot of night where he was in double digits in rebounding and scoring for us, but it was the rebounding that was big,” said 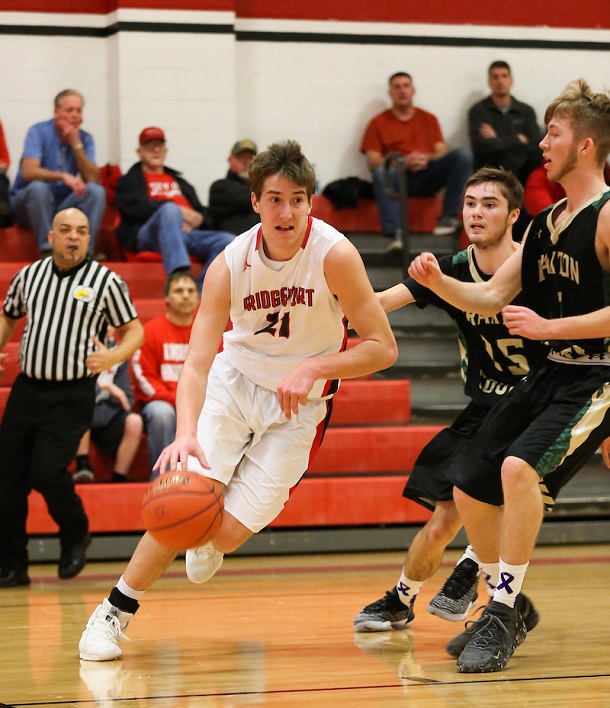 Robey. “He took a lot of pressure off Jake and with us being an up-tempo team he got the ball off the glass and got things started. You can’t start the break without the ball and Tanner did that with the rebounds.”