After Bridgeport’s season-opening 28-0 win against Lewis County, the Indians dropped one spot in the MetroNews High School Football Power Rankings. This week, after a win against Class AAA Morgantown, the Indians regained their initial standing in the polls.
In the latest edition of the poll, the Tribe is ranked No. 3 in the Class AA standings. The 18 voters that consist of the radio broadcasters and sports writers across the state were impressed enough with the 17-14 overtime victory to bump BHS past Keyser. 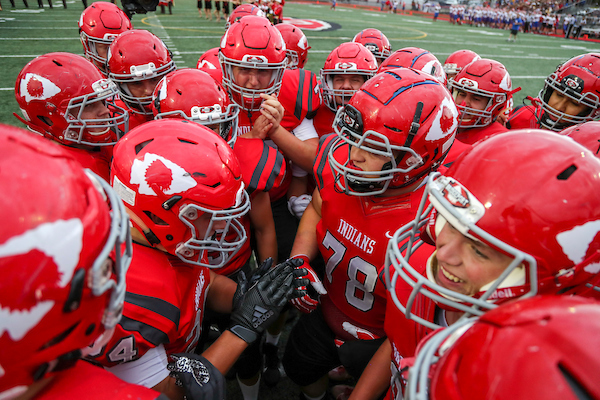 The Golden Tornado, a future Bridgeport opponent, was the team that jumped the Indians in week one after they hammered Robert C. Byrd. KHS fell one spot but didn’t lose. In fact, Keyser routed Berkeley Springs by a 59-0 count and fell back to No. 4.
Bridgeport will look to make it 3-0 this week as it travels to face Harrison County and Big 10 foe Liberty. The Golden Tornado will also look to go to 3-0 as they visit Petersburg.
Bluefield remained in the top spot. The Beavers upended Princeton by a 45-16 score Friday. Bluefield earned 13 first place votes and will look to maintain the No. 1 position as it visits Lord B 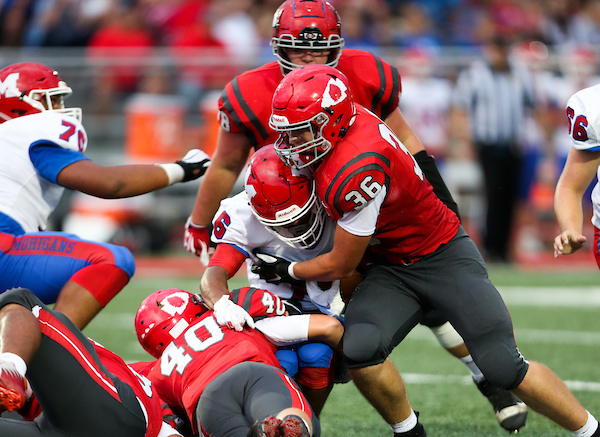 otetourt, Va.
Defending Class AA champion Fairmont Senior remained in second. The Polar Bears received the other five first place votes.
FSHS, 2-0, rolled past Lincoln this past Friday by a 62-0 score. They will host Marion County foe North Marion at East-West Stadium.
One other Bridgeport opponent is ranked in the Class AA top 10. Robert C. Byrd is listed in the tenth spot and dropped from No. 9 after rolling Elkins 62-14.
North Marion, another future Bridgeport opponent, is in the “also receiving votes” portion of the poll.
Martinsburg remains a unanimous No. 1 in Class AAA. Wheeling Central is also a unanimous top choice in Class A. Doddridge County remained second in ‘AA’ after its 42-28 win against Tyler Consolidated.
Click HERE for the top 10 standings in all three classifications.
Editor's Note: Photos by www.benqueenphotography.com.