Indians Suffer First Setbacks of Season, but Bounce Back to Win Five Straight Contests; 14-2 on Year

With the regular season at the halfway point, the five-time defending state champion Bridgeport Indians appear to be in good shape for another Class AA title run. The Indians currently stand at 14-2 on the year, although today’s game at Chapmanville and Logan were canceled due to inclement weather. 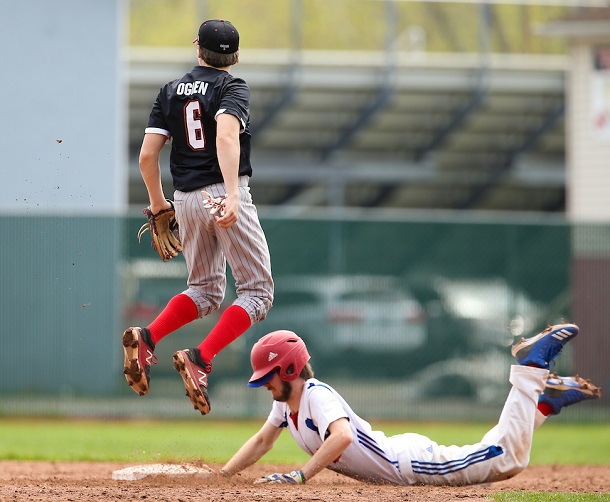 So far, the Indians have yet to lose to a Class AA foe. Their losses have come to a Class AAA team as well as an out-of-state opponent. Both of the setbacks came in last weekend’s McDonald’s Classic.
After starting the McDonald’s Classic with an 8-3 loss to Morgantown, the Indians would go into Saturday looking to rebound. The Indians only slightly were able to accomplish that after dropping a game to Erie McDowell out of Pennsylvania by a 4-0 score, Bridgeport finished up with a 5-0 victory against Liberty Raleigh.
The setback to Morgantown was more than disheartening because it was the first loss of the year for the Indians. It was troubling because the Tribe managed to throw a three-hitter against one of the most potent offensive teams in the state and still yielded eight runs.
The reason was something that can’t take place against quality competition. Too many errors, too many walks allowed and not taking advantage of runners on base. 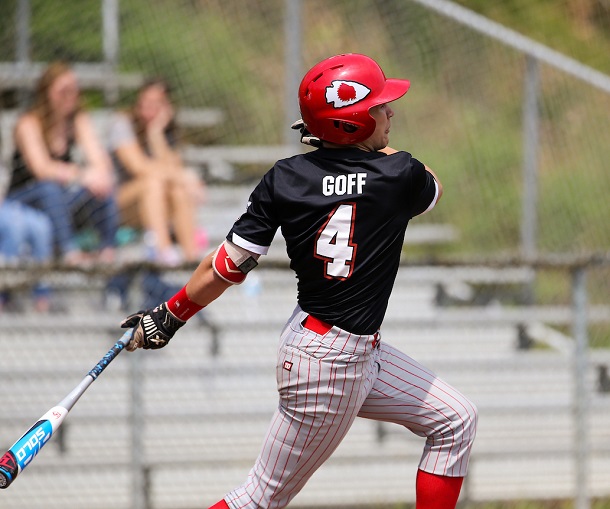 “I was speaking to the team today again about the Morgantown setback,” said veteran Coach Robert Shields. “We went over the fact that the only way to lose to a top quality team like Morgantown when you allow just three hits is to make mistakes and leave men on base. It cost us, but we have learned from it and need to keep learning from it because it’s tough to be losing in a game before you give up a hit.”
In fact, BHS trailed 2-0 after one inning and never gave up a hit. The miscues, which included seven walks, also saw the hosts strand 11 runners in the contest.
“Our biggest consistent dilemma all year has been driving in runners when we have them in scoring position,” said Shields. “That’s a problem we have to eliminate moving ahead.”
Cody Tomasik would suffer the set back for the Indians. Bridgeport had eight hits in the game with Nick Stalnaker’s three hits leading the way. J.D. Love finished with two hits on the day for BHS. 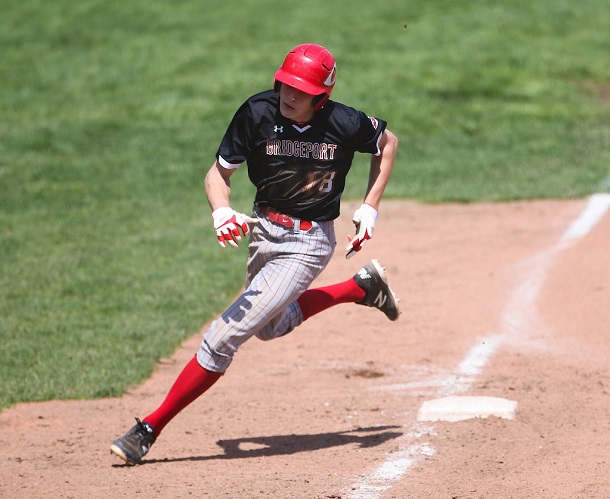 Bridgeport would lose its second straight last Saturday. In the first game of two on that day, Erie McDowell produced a 4-0 win against the Indians – a rare shutout of the Tribe.
Mark Lavezza was tagged with the loss. He yielded four runs on six hits with just one walk and struck out six.
Bridgeport managed just four hits in the game. They were all singles.
The Tribe did manage to finish the tournament with a win. In their last game of the day, the Indians took a 5-0 win against Liberty Raleigh.
Ethan Perry and Pancake combined on a two-hit shutout for the win. Perry went the first four inning with two hits allowed, two walks and five strikeouts. Pancake closed the door with no hits, three walks and six strikeouts in three innings of work.
BHS collected eight hits in the win. Trent Tucker and Drew Harbert both had two hits games with Harbert’s total including a double.
“We still seemed to be down for Liberty Raleigh, but we got enough pitching to win. That weekend, particularly the loss to Erie McDowell 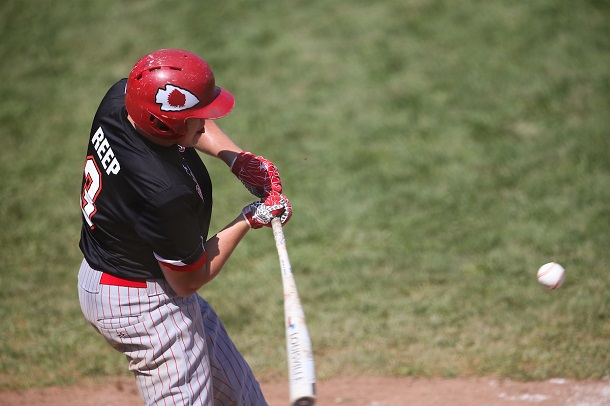 should be a benefit to us and you’re talking to a coach that hates losing,” said Shields. “That loss against Erie exposed this team to one of the best pitchers they may see this year and that can only help in the long run.”
On Tuesday, Bridgeport picked up what could be argued its most impressive win of the year against a talented Elkins team in Randolph County. BHS broke a tie late in the game thanks to Nick Stalnaker and took home a 3-2 win.
Stalnaker’s triple in the top of the seventh broke a 2-2 deadlock. The hit scored Evan Ogden, who had reached earlier on a fielder’s choice.
The Tribe got a complete game from Tyler Wilkinson to get the win. He went seven innings, gave up seven hits, two runs and three walks against a trio of strikeouts.
The Indians managed eight hits in the win. Stalnaker led the way with an impressive 3-for-3 showing that included the aforementioned triple.
The wins continued Thursday as the Indians earned a regular season sweep with a win at home vs. Robert C. Byrd. The Tribe rolled to a 16-4 win in the contest. 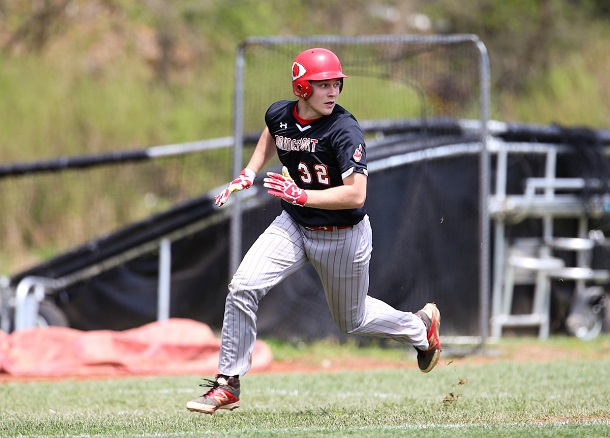 Bifano got the win in the game limited to six innings by way of the mercy rule. He went four frames, yielded three runs on five hits and two walks, while striking out four. Ryan Goff closed went the final two frames.
BHS pounded out 14 hits on the contest. Tucker, Pancake and Harbert all had two hits. Harbert, Pancake and Love all had doubles.
The Tribe picked up two more wins Thursday. The Indians battled for a 6-2 win at home against Liberty and came back to take a 10-0 win against Linsly School out of Wheeling.
Tomasik was the winner against the Mountaineers. He went four frames and gave up one run on three hits with four walks and four strikeouts. Pancake went the final three frames and yielded one run on three hits and three walks with three strikeouts.
The Indians had to battle it out and produced six hits. However, they also managed to take advantage of four walks against their seven 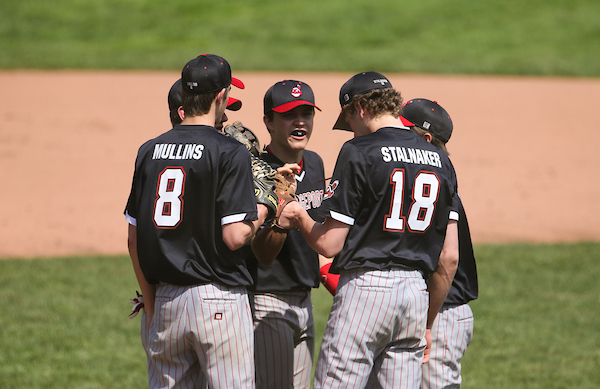 strikeouts.
Goff was the only player with a multiple hit game as he went 2-for-3 with a double. Wilkinson and Nate Paulsen also had doubles in the win.
Shields said he’s happy with the team’s progression. He’s also happy with the seniors on the roster.
“I’m really pleased. Our defense has been solid, and our pitching has been better than expected,” said Shields. “We can get better and I think this team has the ability to keep improving and they have the want to improve.
“The biggest thing that I’ve enjoyed this year is the kids all getting along and supporting one another and that’s a reflection of our seniors,” Shields continued. “We have 10 seniors and a lot of them have specific roles to fill and they do that and support everyone else, including the youth we have in the dugout. It’s a positive situation and it’s had an impact on how we’ve played.”
Bridgeport will be back in action if weather permits Saturday. The Tribe will play against Scott High School at Sue Morris Field on the campus of Glenville State College at 1 p.m. The Indians game with Lawrence County, Ky., has been canceled
Editor's Note: Photos by Joey Signorelli of www.benqueenphotography.com.