Bridgeport girls’ soccer Coach John Reese was not quite sure about how he would feel when he handed in his letter of resignation to officially step away from the sport at BHS after nearly more than 20 years. When he did, he heard the words of his friend in his ear. 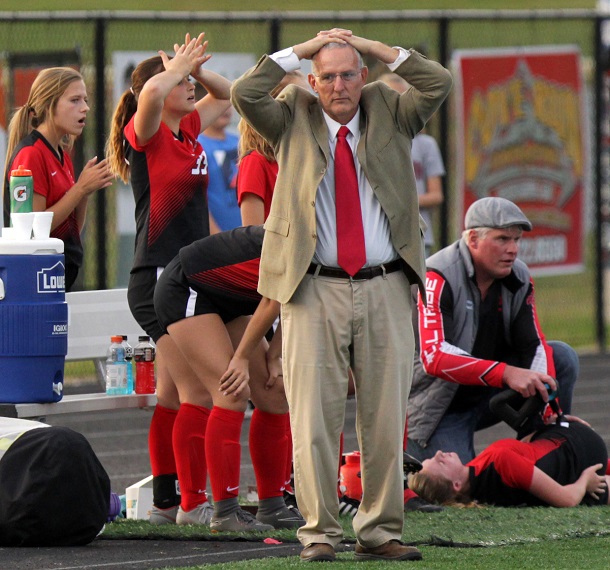 “(Former Bridgeport boys basketball Coach) Mike Robey told me you’ll know for sure when you hand that letter over,” said Reese. “He was right. I knew it was time.”
And just like that, one of the longest-serving coaches at Bridgeport – and one of the most successful – has called it a career.
“I’ve been considering it for a couple of years and was going to do it last year, but both of my assistants told me to do more one more year and I said ‘okay.’ I’m getting older and realized it was time to cut back to do spend time on something else I love,” said Reese.
His other love is the game of golf. Tournaments in June that he has missed due to the WVSSAC summer training program and fall tournaments missed due to 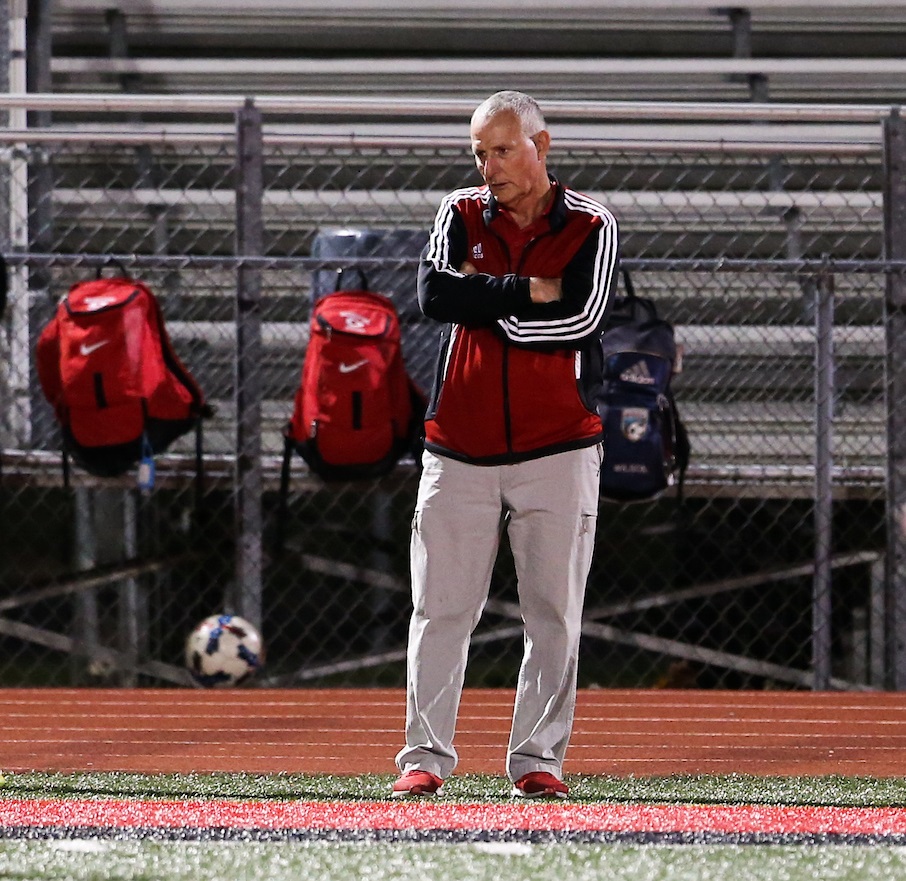 games and practices are no longer going to be an issue.
“I really love playing golf and this will free up some time,” said Reese. “I need to get my handicap down to single digits and, oddly, I’ll be playing with Mike Robey out at the course together.”
Reese has been involved with Bridgeport soccer, he said, since 2002. He joined the staff of former Coach Ian McAra as an assistant for the boys. He then took over the program and in 2010 coached both the boys and the girls before going exclusively to coaching the girls in 2011.
Since then, success followed. Reese’s teams were not only successful, they were a regular in the state tournament. This past year, the team made it back to the state tournament eventually losing a heartbreaker to Charleston Catholic
“We had a fantastic year last year and thought we were going to win it all. The kids had a fantastic season,” said Reese. “There were a couple of calls that 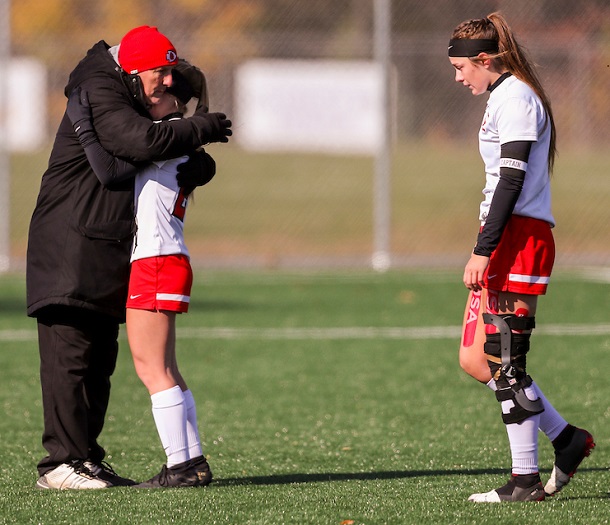 went against us in that game … but when you’ve been around as long as I’ve been around you know those things will happen.”
In 2012, Reese coached his squad to the Class AA-A championship. He said the team beat Charleston Catholic 7-1 and then battled past Fairmont Senior 3-2 to bring home the school’s first and only title.
In Reese’s first year, the team lost in the Class AAA regional final by a 1-0 score to Martinsburg. The next year, also in ‘AAA,’ the team made its first trip ever to the state tournament and lost to Morgantown 1-0.
That was followed by the 2012 title and a run from that year until this past season where the team made it to the state final four every year, but four years.
“I’m going to miss the kids because the relationships you build are special,” the coach said, who added that he will not miss the reactions of a few of those not seeing significant time. “You don’t do it as long as I did unless the good outweighs the bad. We had a lot of good kids.”
Reese will remain at the school in a teaching capacity. He teaches advanced math classes, civics and works with special education.
Editor's Note: Top two photos show Coach John Reese this past year showing some of his many sideline faces. In the bottom photo, he consoles his players after their state tournament loss and what proved to be his final game. Photos by Ben Queen Photography.