The person who is very arguably the greatest female basketball player in Bridgeport High School’s history has officially seen her career come full circle. Alumna Miki Glenn’s circle was completed on May 14. 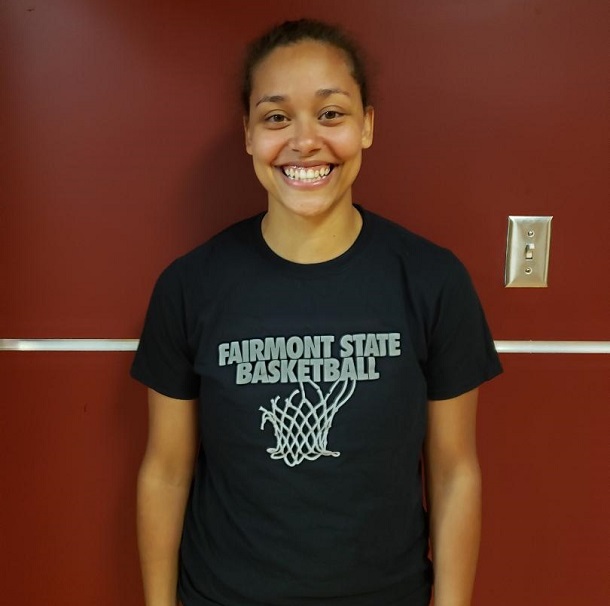 At that time, what could be the last leg in Glenn’s fantastic voyage of hoops officially got it start. For Glenn, there really wasn’t much else left to do on the basketball stage.
After all, she was the captain, an all-stater and the West Virginia State Player of the Year on Bridgeport High School’s first and only state championship team. She was a member of a national championship team and an All-American at California (Pa.) University not too far up the road from her hometown.
And even though a plan to play internationally never came to fruition, Glenn’s basketball career was pretty well a full circle at that time. It was close to full as she’s been working and living in Morgantown, working with Nate Smith and being involved since 2018 as an assistant coach with Smith’s AAU Rampage squad. 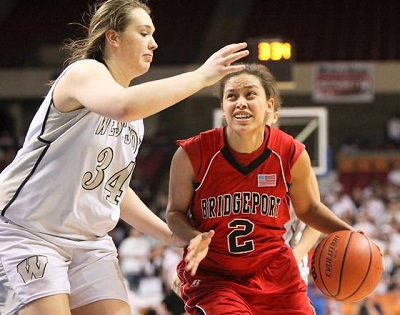 She was giving back to the game through instruction. About the only thing left at that point was to officially become a coach at one of the levels she competed in.
That, as you may have surmised, is what took place May 14.
It was on that day the new women’s coach at Fairmont State University, Stephanie Anderson, announced the addition of Glenn as an assistant to her staff. Not only was Anderson getting a three-time NCAA Division II All-American, she was getting a person who she figured may have the same coaching style and tendencies as her own.
It’s likely Anderson didn’t get that idea from watching Glenn coach with the rampage. Rather, it stems from something else.
Like Glenn, Anderson played at California (Pa.). And like Glenn, they played for legendary Coach Jess Strom. It was through Strom and their Vulcan connection that the two stayed in touch, usually via text message.
With Anderson as a top candidate for the position with the Falcons when long-time Coach Steve McDonald stepped down, she followed 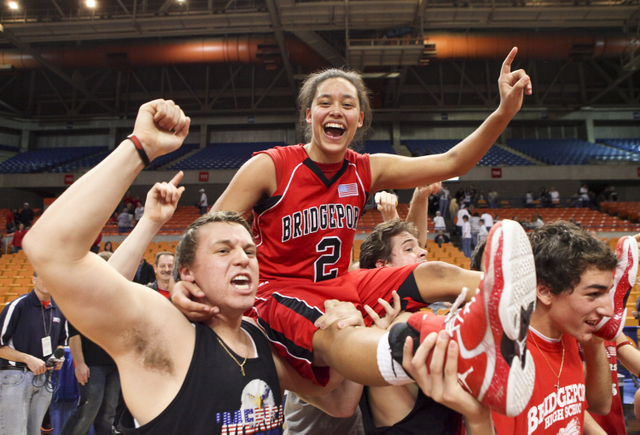 through on a texting conversation that involved Glenn perhaps joining her one day if she took over as a head coach.
“When Coach Mac stepped down and when she accepted the position, she followed through on what she said she was going to do,” said Glenn. “I was extremely happy. Since then, it’s been pretty much non-stop talking about basketball.”
Not so surprising is that the two have very similar philosophies along with having great success in college as Anderson was absolutely no slouch during her time with Cal.
“We come from the same system and I think that helps a lot. I know she trusts me a whole lot and wants to hear my ideas,” said Glenn. 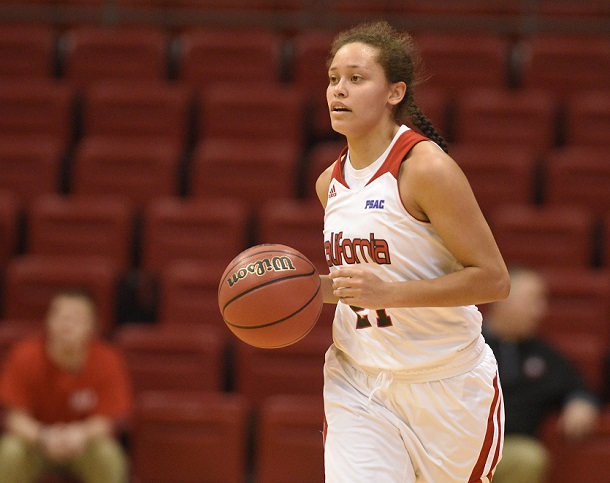 “She’s told me she wants me to be on the same level with her coaching and with ideas and I am definitely all in.”
Anderson is happy to have her.
“She is one of the hardest working people I know and is going to be a great addition to the program. Beyond all of the accolades that she received as a player, it's her drive and leadership that will make her great,” Anderson said.
The “all in” Glenn mentioned above has already begun. Anderson and Glenn are still working on their recruiting class for the upcoming season. Considering the time of the year, Glenn knows it’s a bit late.
“I went on my first recruiting trip in Cincinnati so that was unique. I love adapting to things like going on recruiting and learning the differences from Fairmont State at Cal,” she said. “I’m selling recruits on where we plan on taking this program and we want the recruits to be part of it. The goal is for Fairmont to become a program that’s a destination. I’m sincere about that and it’s important to me that the sincerity comes through. In the end, it’s about getting great student-athletes wanting to win and finding a way to 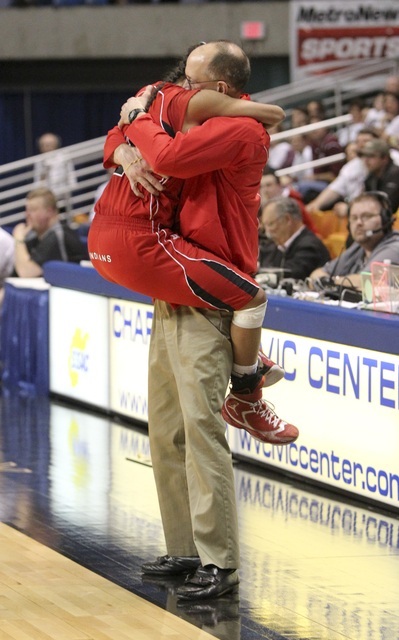 win.”
Glenn, as noted above, did plenty of winning during her playing days. And she’s still not too far removed from playing at Cal. In fact, she’s only a few years removed from playing as well as graduating in 2017 with a degree in Chemistry.
Outside of coaching with the rampage and assisting Smith at his school (along with working at various camps), this will be the first extended time where Glenn will be that close to a court without lacing up her shoes and competing. She doesn’t think it’s going to be too difficult to fight the urge to compete.
“I think I’m a little bit past wanting to play. The first year after leaving Cal was difficult, but my perspective after being involved with the AAU team has changed a bit,” said Glenn. “I enjoy seeing the game and adjusting as things happen and knowing what you want the players to say and what you want them to hear from you. At the same time, I know my playing days aren’t too far behind me. I may have to stop myself from visualizing actually being in there.”
If she had any eligibility, she may want to save it after practice begins Oct. 15 and the season starts. In the fourth game of the year, the Falcons’ non-conference schedule has them at a familiar place – California (Pa.).
“I’ll be nervous and excited because of the influence Coach Jess had on both of us,” said Glenn. “The biggest problem will be figuring out where the visitor’s locker room is. Hopefully, I’ll be comfortable by that time.”
Fairmont State, she said, has been doing its part to help on that front. And she said it’s from the top down.
“They’ve been amazing here at Fairmont. I know a lot of people from Bridgeport and there are a lot of people from Bridgeport, like our AD (athletic director and BHS alum Chad Fowler), who are involved,” said Glenn. “When you’re welcomed like they’ve welcomed me it gets you excited and makes you want to succeed.”
That’s certainly good news for the Falcons. On Glenn’s last two stops at BHS and California, Pa., she and her teammates walked away as champions. I’m certain the folks in Marion County wouldn’t mind a third title added to Glenn’s resume.
Editor's Note: Top photo shows Miki Glenn at Fairmont State University, while the next two photos are from the BHS state title season. The fourth photo of Glenn - courtesy of California University of Pennsylvania - is from her time with the Vulcans. The bottom photo shows Glenn celebrating with BHS Coach Dave Marshall after the Indians clinched the school's first state championship. All BHS photos by Ben Queen of www.benqueenphotography.com.