From the Bench: As He Preps as City Elected Official, Former BHS Coach Griffith Official in Another Capacity

June has probably been a little bit better month than usual for Bridgeport’s Jon Griffith. Not that he has any complaints about past months, but it would be hard to argue things were not going strongly in his favor the last several weeks.
During the last few weeks, Griffith became an elected official twice. Once by a vote of a community, and once by the endorsement of one.
Not sure what that means? That is why I am here.
We will proceed by getting the obvious out of the way. On June 8, Griffith was the top vote getter among individuals seeking one of three seats on Bridgeport City Council. 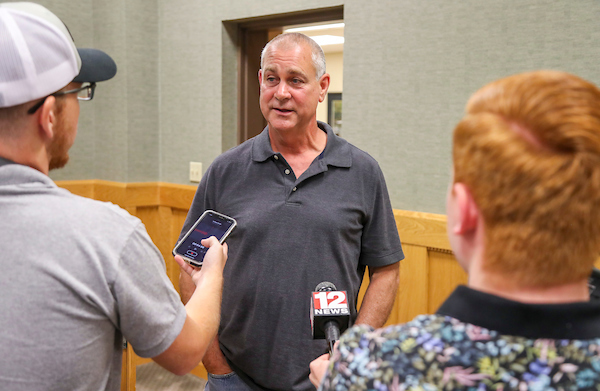 Come July 1, Griffith will assume a position on the city’s governing body. He will serve in that capacity for four years.
One day later, on Wednesday, June 9, Griffith began at least a one-year term over four days as the State of West Virginia’s top track official.  He got that thanks to the endorsement of Richard Messenger of Lewis County, who has served as the director of the West Virginia State Track meet for a long time.
“It was Richard that approached me,” said Griffith. “I’ve helped with the computer system at the state track meet and have worked with coaches and state track meet officials for the past five or six years, which I believe is the reason he asked.”
For the past several years, former state sportswriter Dave Hickman handled those duties. Hickman, Messenger told Griffith, was looking to return to a role as a starter, which was also needed, and that opened the need for a state track official.
“Like myself when volunteering, we’re all an aging group so you want to go where you are comfortable,” said Griffith. “That opened up the state official position for the meet.”
Being the official of the state track meet is not a cozy position. That does not mean it is a bad one, it just means if there are issues that need resolved, you are the final voice. Even with that, it was a good experience. 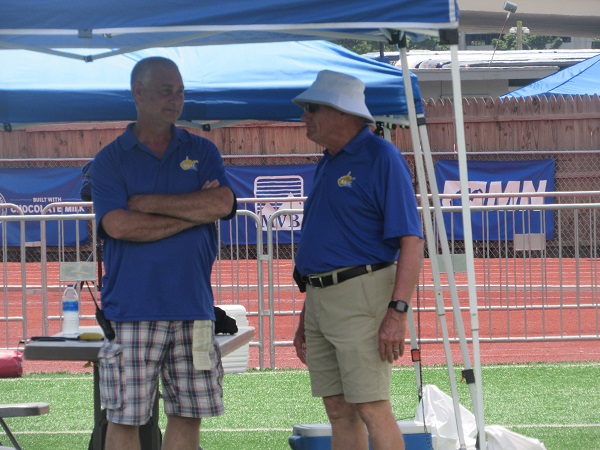 “It went really well. We had several discussions with coaches concerning disqualifications, rules violations and the results were generally good,” said Griffith. “We had one heated exchange and the coach and I worked it out and everyone walked away positive.
“I knew it was a hard job, and it is. You have to make the calls and you’re always going to draw the attention of coaches and sometimes that’s not always pleasant,” he continued. “What I know is if you treat them with respect, they treat you with respect.”
When asked how he thought he did on a grading scale, Griffith thought he fared well.
“I’d grade myself out with a B-plus job. If I am fortunate to do it again, I would hope I can be in the A-range next time,” said Griffith.
Griffith said being a former track coach with decades of experience helped. At least, he said, he believes that is the case.
“You understand their positions better. Sometimes, officials who haven’t coached don’t get it based on perspective,” said Griffith. “I’ve actually officiated as meet director, or meet as a meet official, from our own meets so I had some experience, just not at the highest level.
“Regardless of the level, situations sometimes come up where there is no right or wrong; just a gray area,” he continued. “That’s when you may end up having to disqualify someone in an unfortunate manner.” 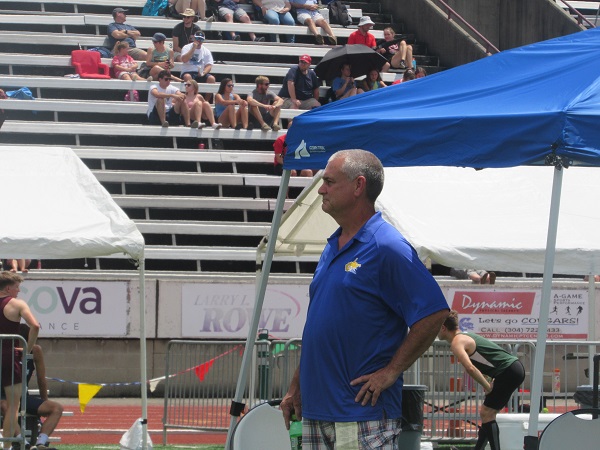 Getting along with people. Making decisions that are tough. Hearing complaints and concerns. Trying to do what’s right.
Sounds like the job of an elected public official. And Griffith knows it.
“I think there are parallels. From talking to former City Council members, I’ve been told to expect to hear complaints and concerns in grocery stores or out on walks. If someone has an issue, they will tell you,” Griffith said. “The biggest thing from both positions is having the ability to listen because sometimes, even when a person knows an issue is not your fault, they want to know someone is listening, paying attention, and can help them get an answer.”
Griffith will take on that responsibility officially July 1 as probably the first-ever former high school coach to sit on City Council (my apologies if wrong). It also may be a good bet the responsibility he just took at the state track meet and hopes to do so again involves the first City Council member being the state track official.
The important thing in both is to make the fair call. That works in all fields.
Editor's Note: Top photo, by Ben Queen of Ben Queen Photography, shows Jon Griffith being interviewed shortly after winning a seat on Bridgeport City Council. The second photo shows Griffith, left, talking with Richard Messenger, while he's shown below observing the action. The final two photos are at from the state track meet in Charleston.