From the Bench: BHS Space Needs Leading to Purge of Sports History that May have Your Name on It

By Jeff Toquinto on September 08, 2019 from Sports Blog

Last month, Bridgeport High School Assistant Principal and Athletic Director Mark Jones let it be known space was at a premium at the facility situated along Johnson Avenue. That statement, for anyone familiar with the decades-old high school, wasn’t exactly breaking news.
What was a bit different was Jones’ announcement was not part of a plea to get the community to build an extension on to the school or find a new location for a new one. Instead, it was a message to let the community know they had a chance to purchase and save some 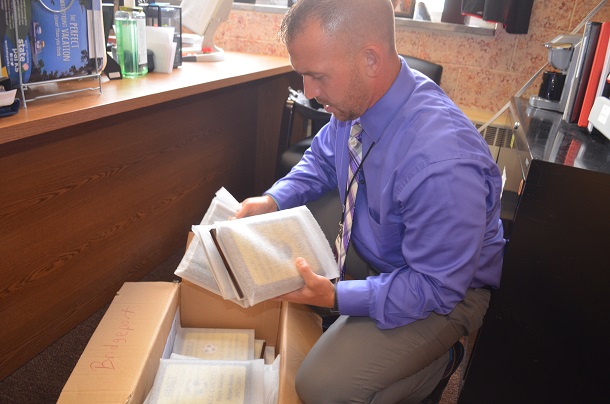 history.
In the middle of last month, Jones contacted Connect-Bridgeport to see if we could assist in getting the word out to the community that there were a lot of old yearbooks that had been stored that needed to go elsewhere. Preferably, the idea was to sell the yearbooks that dated back decades for $20 each as opposed to tossing them into a dumpster.
The plan worked. The community not only descended on the school for the old yearbooks, but the Bridgeport Public Library also got copies of the annual editions for their own community archives.
It also accomplished the primary goal of freeing up space the stacks of books were occupying with no future. Now, Jones wants to free up more space and has been actively working hard to do just that.
This time, it’s not nearly as much space. In fact, it’s not nearly as dated as some of the yearbooks that were stacked on table after table before the sale began.
This time around it focuses on athletics. Ironically, it’s something his predecessor and current Principal Matt DeMotto did many years ago when it was also an issue. It worked for DeMotto when he was with Mark DeFazio and now Jones hopes it works for him. 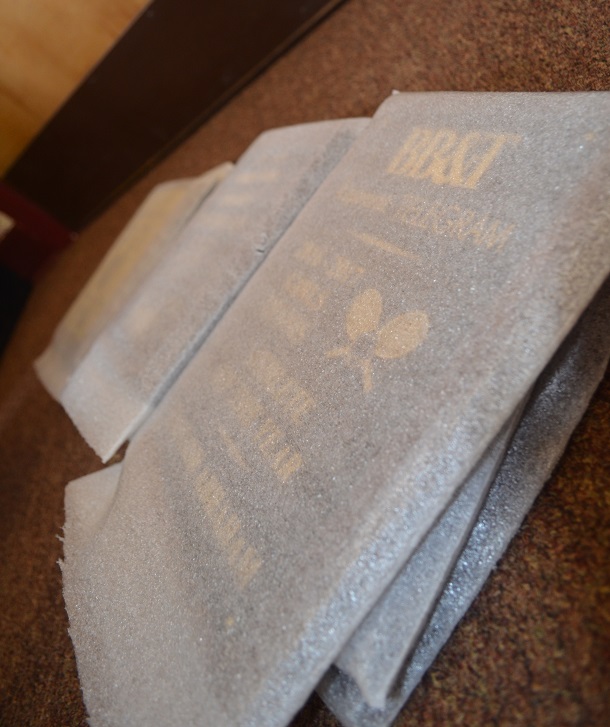 Jones said he recently found dozens of sports awards, trophies and plaques. They were stored in a closet and had items both old and new.
“We’re trying to purge and get rid of some plaques that recognize student achievements over the past several years, including some that were up to 10 years old,” said Jones. “The students from the past have never picked them up and we also have plaques that are sports-related that weren’t picked up even from last year.”
Basically, the items are plaques. He said they are from being chosen as a member of an All-Harrison County team, Player of the Week or Player of the Year from the various sports.
“We put these together and compiled a list because we want to make sure these end up in the hands of the formers students, which is where they belong,” said Jones. “At the same time, we can’t be responsible for holding on to these for the foreseeable future.
“We say it all the time that space is at a premium, and it’s true,” Jones continued. “We just can’t afford to keep them because of the space concerns so we’re hopeful these will all end up in the correct hands.”
Jones said some of the items have already been distributed. However, there are plenty that still need to end up in the hands of those that earned them competing for the Indians on any number of athletic venues.
For those listed here (and this is the list as of Tuesday, Sept. 3), it’s not a hard process to get your goods. Jones said individuals need to visit the school during school hours – 8 a.m. to 2:30 p.m. – to pick up their goods. If they have questions, Jones can be reached at the school. And on a personal note, it would probably be best to arrive after 8:30 a.m. and before 2 p.m. to avoid the traffic that clutters up Johnson Avenue during drop-off and pickup times.