By Jeff Toquinto on November 21, 2021 from Sports Blog

If bad luck of a similar nature comes in threes, Bridgeport High School junior Kamar Summers has met his quota. The standout Indians lineman started on the quota he wanted no part of in 2020.
It was during last year’s football season that the promising sophomore tore his MCL in left knee. It, for all intents and purposes, rendered 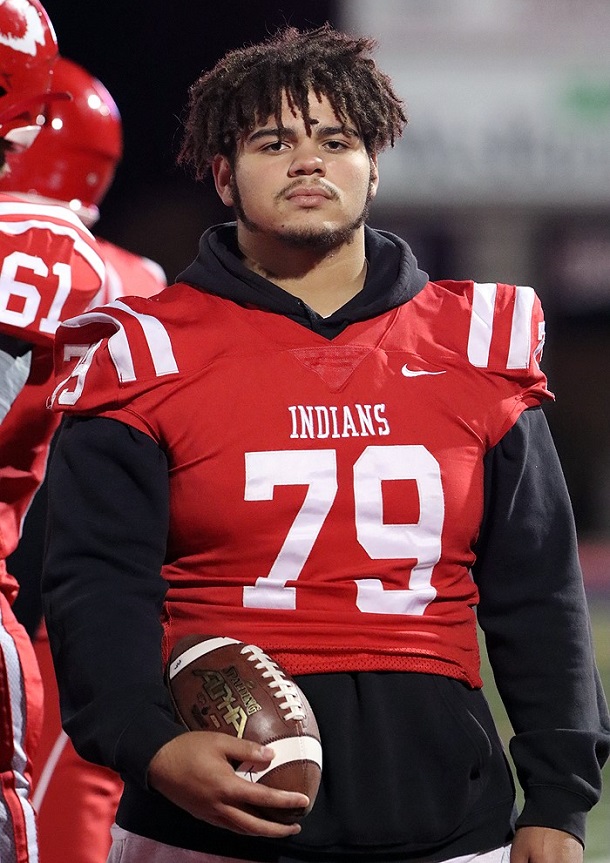 him a nonfactor the entire COVID-ravaged season.
This year, he took two hits – from the same injury.
It happened on a cool evening at Wayne Jamison Field. The Indians were going up against Class AAA Musselman when the two-way lineman saw what had been looking like an all-state caliber season have its course dramatically altered while playing defense.
“I was trying tackle the quarterback and when I threw him down, I felt a pop in my leg. I knew something happened, but I wasn’t sure,” said Summers. “I hurried and got off the field. I wasn’t in a lot of pain, but my (right) knee felt unstable.”
Kamar Summers did not know what was happening. Although an official diagnosis was still several days away, the football staff were bracing for the worst.
“We felt we knew with the people we have on the sidelines. We thought we had a decent idea well before the MRI because those guys are that good, even when it is not what you want to hear,” said Coach Tyler Phares.
What he was hearing from the medical staff led by Dr. Kelly Nelson and Physical Therapist Jack Spatafore was the belief there was a tear. Nelson and Martin have been there before. They are rarely, if ever, wrong. Although holding out hope and wanting Summers to hold out hope as well, Phares said the anticipated upcoming news was a gut punch.
“We didn’t celebrate that game too much,” said Phares on the team’s 63-27 win. “We all had that sinking feeling.” 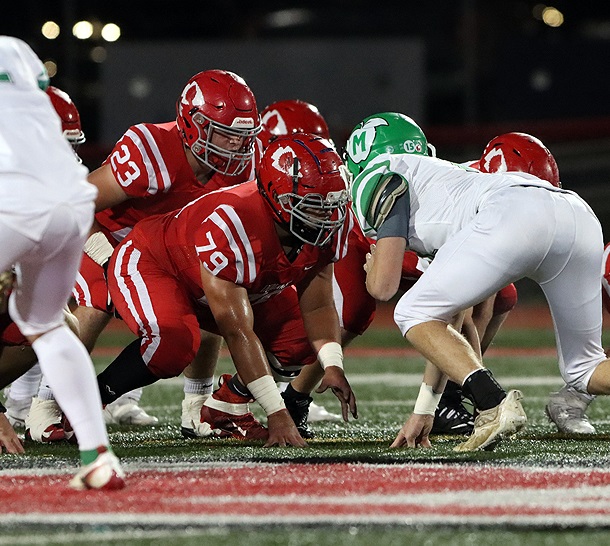 Summers was holding out for good news. Good news or bad news was coming Monday, Nov. 1. On that day, he had an MRI done.
“I was hoping for the best but had no clue what it was. I think they knew there was an injury, but not sure to what level,” said Summers. “The MRI showed it. It was a complete tear of the ACL in my right knee.”
In one fell swoop, the hat trick of bad luck came. Summers not only found out his football season was coming to an end, but that his upcoming wrestling season – the season where he had a legitimate shot at being a frontrunner for Class AAA heavyweight champion – was over as well.
“Honestly, last year it wasn’t as difficult, maybe because I knew I would likely be wrestling,” said Summers. “This year, it’s hard to understand why it happened. I watch the game from the sidelines, but I want to be out there and help them out, and I can’t.”
Phares, a rookie BHS head coach but far from a rookie as a coach on the sidelines, said he and the staff are devastated with how things turned out.
“I first talked with Coach (John) Cole about it we absolutely feel terrible for Kamar. I don’t know if people know how hard our linemen work and how they’re the backbone of the team with little recognition,” said Phares. “On top of that, he’s worked his tail off this year on both 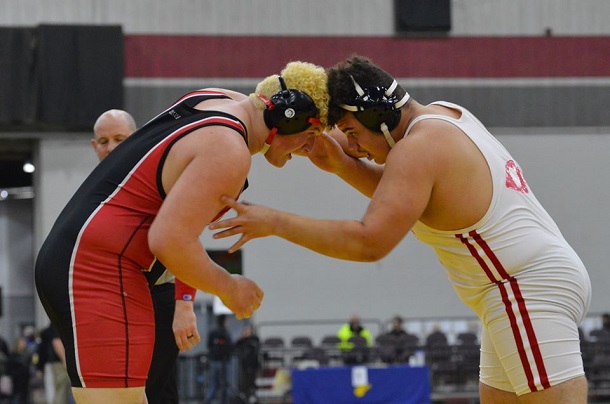 sides of the line.
“Kamar has been good as in first-team all-state level good, and I’m not just saying that because he’s hurt,” he continued. “He’s been fantastic with his initial charge and getting off the ball is unmatched. His loss is a big blow.”
Make no mistake, it is also a big blow to the Bridgeport wrestling team. The same wrestling team that could not advance to the state tournament due to COVID. The same team that saw Summers win the 285-pound regional title and the athlete Summers beat for that title ended up winning the state championship.
All salt in the wound – and honestly – probably one over the quota.
“We hate it even more that he’s out of wrestling. We share athletes between the programs, and it benefits both,” said Phares. “The sad part is that Kamar loves wrestling, and you never want to see a kid miss out on something he loves.
“He’s as big a part of the fabric of that program,” Phares continued. “He’s a team leader of us and I’m sure he is for wrestling as well.”
Wrestling, however, could be the saving grace in getting back to where he needs to be for his senior year. The first step will come Dec. 10. On that day, Dr. Joseph Fazalare will do surgery to repair Summers’ knee.
From there, he is expected to have six-months of rehabilitation, which will put him in position to be back potentially for football and definitely for wrestling. 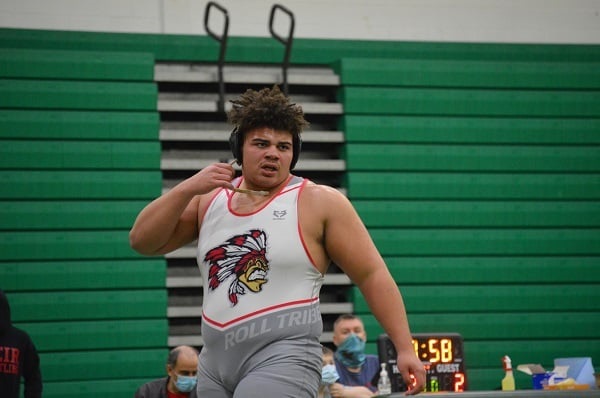 “I have wrestled since I was five or six,” said Summers, who is now 17. “I want to be there for football, but the part that really hurts is I can’t wrestle because it is what I’ve done for so long.”
That goes back to the sport being his saving grace to handle rehabilitation and, perhaps, even beat the timeline. Saying that is not misplaced hope, particularly for anyone who follows wrestling or understands what it takes to compete at a championship level.
The physical demands, the focus, the commitment to succeed are surpassed – and I do not say this as a jab at other athletics – is not matched in any sport. To just be eligible to compete is a daunting challenge that requires daily, and around-the-clock, attention.
“Wrestling has prepared me a lot mentally for what I’m going to need to do after surgery. Coaches in wrestling help you get stronger, but that isn’t just physically. It’s mental too,” said Summers. “That’s why I think I’ll be fine.”
That, and he has a goal he’s working for that he can only reach if he reaches the goal of healing himself as quickly and as strongly as possible.
“I plan on wrestling at the next level, and I’m going to do what I can to make that happen and another goal is to come back strong for football,” said Summers, who hopes to be a student-type coach to the wrestlers and even the football team the rest of this year. “I plan on working as hard as I’ve ever worked with a lot of lifting and running when I’m able. I’m going to make this situation turn out to where I have good luck the next time around.”
If anyone deserves it, it is Kamar Summers. He has already met his quota of bad news – and then some.