From the Bench: Bidding Farewell to Man who Wore His Loyalty to Bridgeport High Proudly on His Sleeve

I cannot remember the date, but it was in the early 2000s, and it was back in a time when there was still natural grass on the surface at Wayne Jamison Field. The natural grass, however, is not what sticks out about the day.
Down at the field, I met a man named Ron Vernon. I just recently learned his full name was Ron Curtis Vernon.
Vernon was there to watch his son, Ryan (all 6’8 or whatever size this man child stood on the Bridgeport football field) learning the ropes to contribute for then Coach Bruce Carey and the Indians football team. The size made Ryan easy to spot on the field. 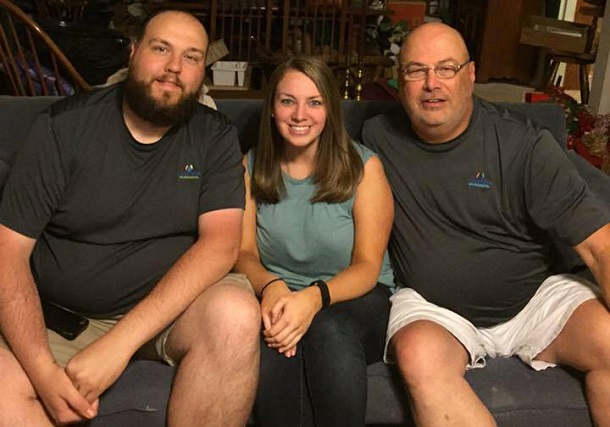 Size, it was safe to say, was a genetic thing in the family. As Ron Vernon introduced himself, I had a suspicion it may have been Ryan’s father. I was right. Ron Vernon, like his son Ryan, was a big man.
From that day forward, Ron Vernon was a friend. He was a friend during the time his son played football and his daughter Caitlyn was at Bridgeport High School as well as a member of the band (and both successful in the classroom too). The best part, he remained a friend afterwards and, honestly, one of the best guys you could be around where I almost always ran into him – at a sporting event.
When Ron Vernon greeted you, he had a good word to say. He had a strong handshake. And he was quick was a smile.
For many reading this blog, they know a week from yesterday, Ron Vernon passed after battling health issues. He was just 71 years old and, when I last talked to him at The Social Tap pre-pandemic, he was as lively as ever. 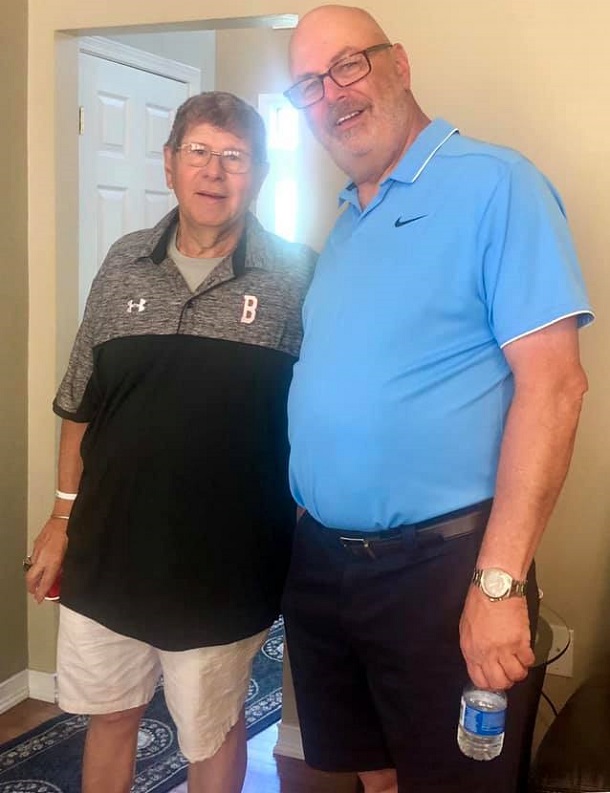 It is hard to compute that just eight days ago his family lost a wonderful father, a brother, a son. The country lost a veteran who served honorably during the Vietnam War.
From a Bridgeport standpoint, the school has lost arguably one of its most loyal and fierce backers that started with football and branched out elsewhere. Let me be clear that few wore their Bridgeport red and white with as much pride as Ron Vernon.
And he was not just a supporter as a fan, which he did in spades. He was hands on.
Back in those early 2000s, when I was approached to help publicize a grassroots effort to put artificial surface on the field – The Field for Tomorrow project – Ron Vernon was there. He was part of that group that laid the foundation for not just football, but for soccer and others to utilize a venue without the worries of Mother Nature.
“Ron was there from day one,” said BHS Coach John Cole, who was an assistant at the time the turf project began. “He wanted to be around the program, and he was absolutely thrilled his son was part of the program. To top it off, his daughter was in the band and, let me assure, you he was involved with the band too. Ron was involved in a lot of things if it meant helping out the school or the kids.”
One of the things that always stood out about Ron Vernon, beyond his size and gentle nature, was that unlike some who get deeply involved when their kids play, he stayed involved long after they had graduated. He was involved until the end.
“I remember seeing him down at the field, always helping out. These past two years he was helping with the maintenance of the field and 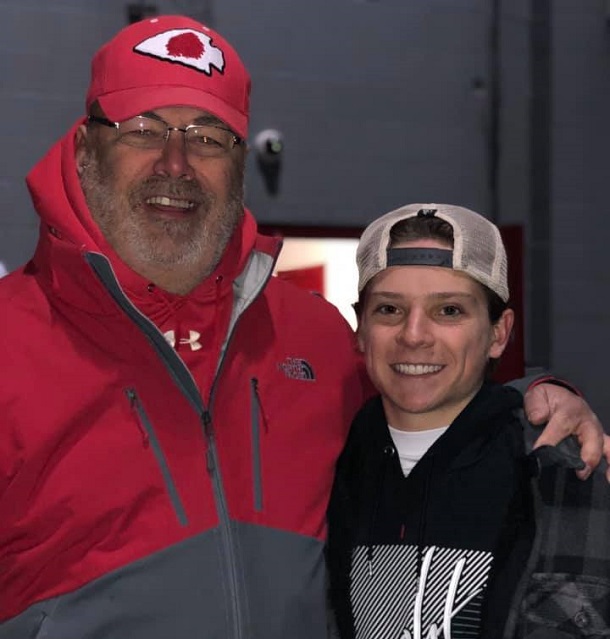 he also helped when the turf was replaced,” said Cole. “You would also see him at the away game. It didn’t matter where it was at or if we were playing in winter conditions, he was there.
“We have a group that follows us, and they are appreciated. Ron was one who just so deeply cared about the program and who was loved by just about everyone around the program,” Cole continued. “Ron was full of life and that lets me know he was taken away too soon. He should still be around, and I know if it’s hurting me that it’s really hurting his family, especially his kids. I feel for them.”
That hurt is going to sting for a while. I hope part of the sting can be eased by knowing their father was certainly loved. When people saw him coming at Jamison Field, at the BHS gymnasium or an away venue, it was a welcome sight not a foreboding one.
For me, I knew when I saw him, I was going to have a few words with a good friend and talk about sports or anything else that may just happen to be going on. Ron Vernon was always pleasant.
A family has lost a big part of their lives. Others and I have lost a big part of our friendship circle. And Bridgeport High School has lost perhaps its most fervent supporter.
No matter how you slice it, Bridgeport High School has lost a giant of a man in ways well beyond his physical presence. Rest in Peace my friend. Your work here is done.
Click HERE to read Ron’s obituary.