From the Bench: Bridgeport Football's Secret Recipe for Winning Turns up in Three Helpings for '21 Season

It has become almost as much as a tradition as winning seasons and running the football each fall at Wayne Jamison Field. What takes place had helped play a part on more than one occasion of the winning that has taken place.
Each year, when August rolls around, there are plenty of familiar faces out for the first week of high school football faces. And while those faces play a huge part in the decades of dominance the program has produced, it is often a few unfamiliar ones ending up making a difference between more than one win on the schedule. 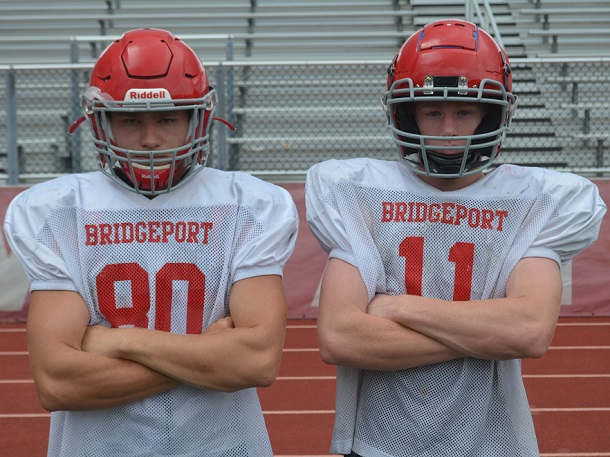 Those faces are seniors coming out for the first time. Or in some cases, seniors coming out after sitting out their junior year.
You may remember some of the past names. Players like John Koon, Chris Liebig, John Wilfong, or a Ryan Sprouse are just a few that come to mind, and I know I have left a boatload of players out of the mix.
There is more on the roster this year. In fact, BHS Coach Tyler Phares singled out a trio that fit the above criteria. More important, he believes that trio – Aidan Paulsen, Gabe Ross, and Ian Teel – will also fall in line with the criteria already established of helping the team add to the win column.
“We usually know some of the kids are coming out because they work out with us, but every once in a while, someone just shows up. Regardless of which way, help is always welcome from anyone wanting to sacrifice to wear the colors,” said first-year head Coach Tyler Phares.
Phares broke all three down, starting with Paulsen. Paulsen is out for the first time for the football program.
“He’s shown so far that he’s very athletic. He’s a bit taller, longer, and rangier kid than most on the roster,” said Phares. “In the first few days of hitting, you can tell he enjoys contact. He can be a run stopper and play pass defense and he help us at the wing position on offense. He’s a good, physical blocker than can also go out for passes. He’s pretty versatile.” 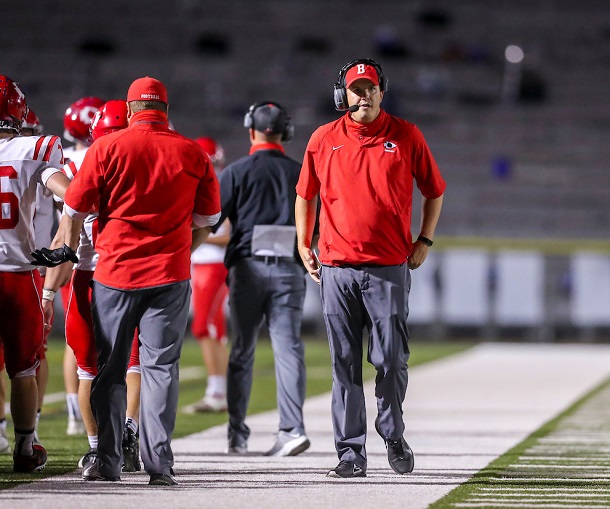 Phares sees Paulsen in the secondary and the backfield. The same, he said, holds true for Ross. For Ross, it is a return to the gridiron after sitting out his junior season.
“He had some success and was working his way up,” said Phares, who was in a coordinator’s post at the time for BHS. “He played defensive back and we see him there again because he’s fast with decent size. This kid is an athlete and showed it in baseball. He can do things skill wise some others can’t. Gabe can track the ball, be in support, and adjust on the fly, plus we see him getting some time in the backfield.”
Then there is Teel. Like Ross, he played his sophomore year, but is back after a one-year hiatus in 2020. Unlike Ross and even Paulsen, his role looks to be in a different spot on defense.
“He’s been looking more like a linebacker, with that type of body who does have some experience from his freshman and sophomore year,” said Phares. “He’s physical, like to hit and we’re trying him at outside backer or perhaps defensive end. Those positions are similar when it comes to reads so we think he’s going to come in and contribute to the success of this team.”
One area where Phares is more certain all three will contribute – and immediately – is an area where those playing both sides of the ball often need a breather. And that is on special teams.
“Those three are going to help there,” said Phares. “That’s important even though they could also find themselves playing on both sides of the ball. We feel what they give is will be good for us and the experience will be good for them.”

Phares also has a few thoughts to anyone walking the halls of BHS who may be a junior or another underclassman thinking about coming out. The thoughts are thrown your hat in the ring.
“If they’re thinking about it, come out. We can get them caught up in spring if they have the tools and willing to tackle, block and hit there’s a spot for anybody,” said Phares. “If they’re on the fence, I suggest they do it because this is one of the few sports that after high school, most everyone never plays the game like this again. This is the opportunity and me and the entire staff would welcome anyone.”
That anyone may be the key to the next winning season. They could be the key to the next postseason appearance. And they could be the key to the next state championship.
Editor's Note: Top photo shows Ian Teel, left, and Aidan Paulsen as Gabe Ross was injured during the photo session. Bottom photo, by Ben Queen Photography, shows Tyler Phares manning the sideline.