From the Bench: Dennis Hutson's "Retirement" Lasts Less than Six Months as He Returns to the Bench

By Jeff Toquinto on September 22, 2019 from Sports Blog

After 41 years of coaching, former Bridgeport girls’ basketball coach Dennis Hutson announced his retirement from the game in March.
Less than half a year later, he’s out of retirement.
Hutson, who started his career at Salem Junior High with multiple stops with boys’ and girls’ teams at the high school level including the 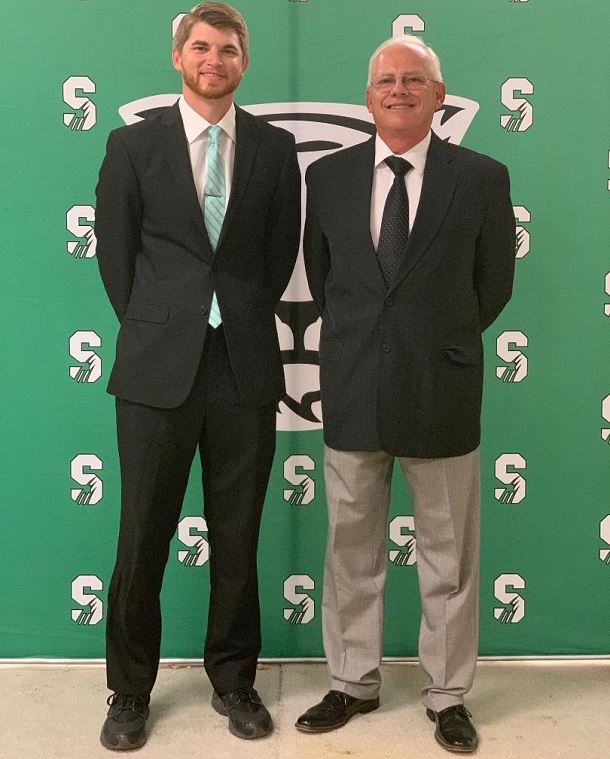 BHS boys and girls, is kind of back where he started. The long-time hoops coach has officially started his new gig as assistant women’s basketball coach at Salem International University.
“I guess since I started at Salem Junior High to come back here to Salem College, I guess, is coming full circle,” said Hutson. “I’m familiar with this area and the school, which is where I got my master’s degree.”
The most important familiarity comes elsewhere. Hutson is more than just casually familiar with the head coach that hired him. In fact, many in this area are familiar with him as well.
Hutson will be joining second-year Salem Coach Cody Gilmore, who many remember as a standout athlete at Robert C. Byrd High School. Gilmore also was a chief recruiter for several years as an assistant at the highly successful Glenville State College basketball program.
“I’ve known Cody since he was a little boy; actually, since he was born,” said Hutson. “His mother Lois and I taught together at Lincoln for 15 years and I’ve known his father Ron for 40 years. On top of that, I coached his sister Erin in girls’ basketball during her junior and senior years at Robert C. Byrd.
“The big thing beyond knowing Cody is that he has a brilliant basketball mind for a young coach with tremendous energy as well as being a great recruiter,” he continued. “Plus, he’s brought the system he believed in that was successful at Glenville and he’s trying to establish the same type of success at Salem.” 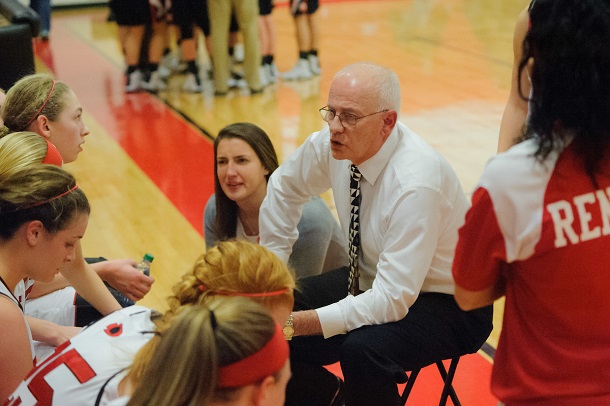 For Gilmore, knowing Hutson was simply a bonus. It allowed him to acquire the other intangibles he was seeking as an assistant.
“For me, it was really important to have people I know trust and respect. Dennis has those qualities,” said Gilmore. “I saw him coaching at Lincoln when I was growing up and all the talent he had and then played against him when he was coaching at Bridgeport.
“You can tell he knows the game and is competitive with a huge desire to win,” Gilmore continued. “That’s who you want when you’re trying to build something special with a program.”
While coaching should be old hat for Hutson after four decades, this is not the average basketball bear he’s used to dealing with. In fact, this is his first foray into the college ranks.
“I think what made it attractive was that It was something totally different from what I’ve done for so many years,” said Hutson. “The immediate thing you notice in college is that you’re working with higher quality athletes that want to be there because it’s the path they’ve 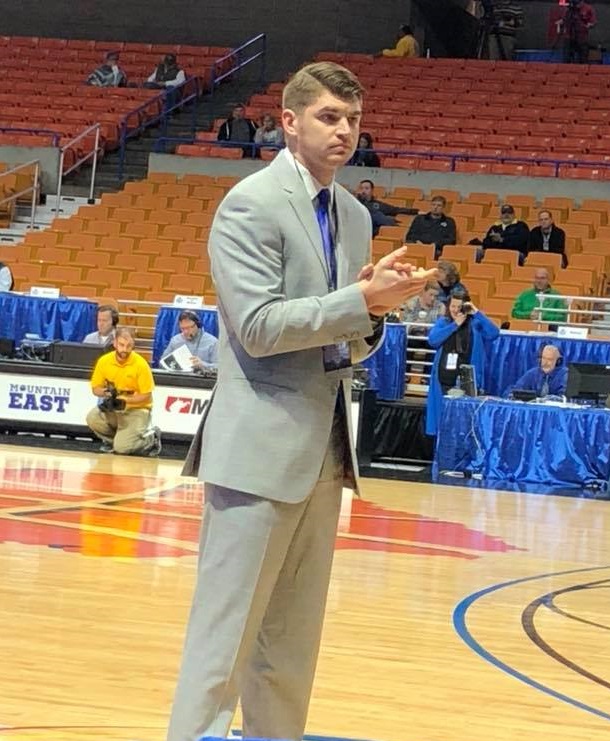 chosen as a way to further their education.
“It’s a lot of work at the college level and a lot of time,” he continued. “… You have your regular items you do and then you have recruits in that you may be dealing with on any given day.”
Hutson is fine with the time needed. He’s fine with the coaching. And he’s fine with the fundamentals of the game that remain the same, he said, at any level. That doesn’t mean he’s not getting a new basketball education.
“Even though I’ve coached 41 years, this is a challenge because it’s a different type of system than I’ve dealt with; it’s a learning curve,” Hutson said. “Cody wants to get a shot up every 12 seconds or 100 a game. Basically, you either drive to the basket and if you’re cut off you kick to the trailer for a 3-pointer. You have to recruit athletes for that system, and Cody has them.”
Gilmore is certainly aware of the changes Hutson is facing.
“It’s certainly a learning curve; first off just going back to being an assistant. Dennis will have plenty of input as an assistant I can assure you,” said Gilmore. “The thing he already has is how he sees things and already grasps the concept of what we’re wanting to do here despite his approach to the game much more traditional than the fast pace I’m utilizing.”
That, of course, leads to the obvious question? How long and is this the final stop?
“I have no idea how long, but a lot depends on the fact my wife is still working and as along as she’s working, I think coaching in the winter is a good option for me,” said Hutson. “I think I might go crazy because I’m a bit hyper if I’m locked inside with nothing to do. I do think this is the final place no matter how long it lasts.”
Gilmore is happy to have him if he’ll stay around. He said a coach with the level of experience Hutson brings to a bench can’t be calculated.
“He’s someone that’s called a whole lot more timeouts and done a whole lot more of everything,” said Gilmore. “I’ve worked with three great coaches along with the fact my mother and father were coaches and I’ve been able to spend a lot of time with (WVU women’s basketball) Coach (Mike) Carey. Being around experience is always a positive and he brings that.”
Editor's Note: Top photo shows Cody Gilmore, left, with Dennis Hutson. In the second photo, Hutson is shown coaching during his time with Bridgeport, while Gilmore is shown below during his stint as an assistant with Glenville State College. Second photo of Hutson by www.benqueenphotography.com.