Bridgeport Coach John Cole’s parting gift of the Indians’ football program was not limited to a successful return to Class AAA and a runner-up finish in the COVID-interrupted campaign. Rather, he left another gift that should pay dividends well into the future and certainly for 2021.
Unlike a lot of high school coaches in various sports who resign at the last minute because of an issue with, say, the administration or feeling slighted by the community or simply doing it for ego purposes, John Cole did not resign at the last minute. In reality, he pretty much resigned in the first minute. 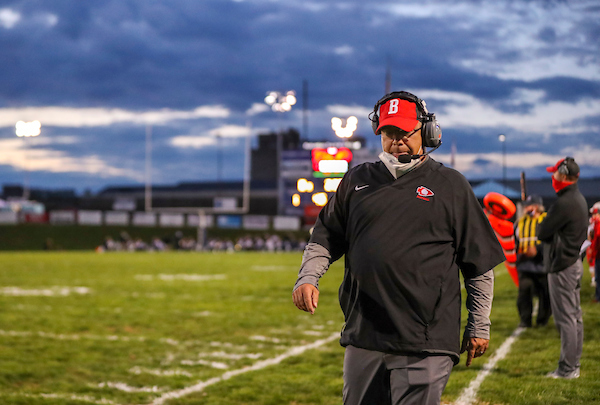 If you do not think that is a big deal, or better yet, the correct deal, you are mistaken. Cole’s timing allows for a smooth transition in coaching and allows the administration to not rush any decision.
Unlike when Cole took over initially on an interim basis, the program has a valuable commodity in looking for a new person to run the program – time.
“One of the positives with that is that we’ll be able to find someone sooner rather than later and allow that person to get themselves established, set their expectations for the student-athletes, and hopefully continue the tradition in the manner they see fit,” said BHS Assistant Principal and Athletic Director Mark Jones.
For those wondering, the job that Cole left was recently posted. It went up this week for those intested.
A former coach at the high school level, Jones has been around sports long enough to know sometimes resignations come at the last minute for reasons not always in the best interest of the school or the students being coached. Jones said he knew anything involving 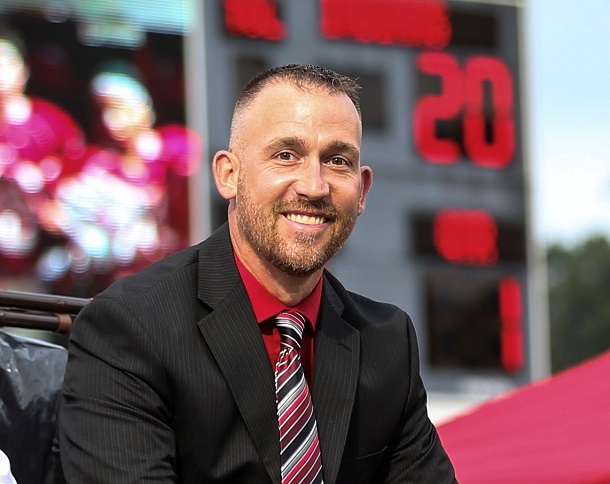 Cole was not going to have any level of pettiness to it based not on knowing Cole as a person but knowing how he interacted with the administration.
“It’s nice to have someone in that position who has an equal amount of trust in working with the administration as the administration has a trust in that person,” said Jones. “That is what you want with all of your coaches, and we had that with Coach Cole.”
While there are many intangibles Jones, Principal Matt DeMotto, and fellow Assistant Principal Renee Mathews will be looking at, trusting who they hire will likely be part of the equation. And there is a good chance there will be a lot of names in the mix.
Whether you follow BHS football, like the program or disdain it, the success of the program is something not up for debate. The program is not just recently good or short-term good, it is decades good. It is half a century-plus good.
“The head coaching position at Bridgeport High School is one I’m sure that the posting will draw some attention because of the success recently, but it’s the long-term success that leads you to believe there is going to be interest,” said Jones. “There is success here that pre-dates my date of birth if it is any indication of how long the program has been successful. 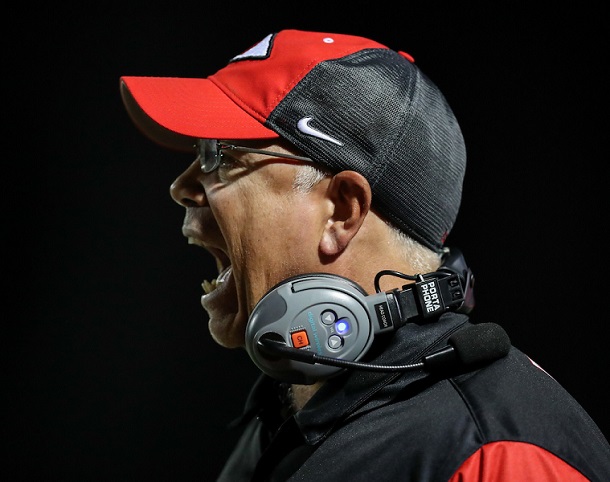 “Will that matter? We believe it will,” Jones continued. “Our hope is to see quality candidates apply for the position.”
While everything is on a COVID-19 hiatus right now, a hiring process does not fall under that situation. So, a new coach could be on board even before weight training and other offseason activities fall back in line. Jones said Cole knows the importance of that and is certain it was part of the role of stepping aside.
“Coach Cole has been around the program for so long, and he knows what it’s about. He knows the importance to the community and it’s a community he’s from,” said Jones. “He worked hard to continue the tradition of Bridgeport Indians football and stepping aside like he did, when he did, is respect for that tradition.”
Sometime in the days ahead, people will be considering applying for one of the state’s premier football coaching jobs. Others will go past consideration and apply. Some may have already done so. Oddly, they will apply for a job vacated by Cole that was one he never wanted.
“Honestly, he took over as interim his first year because of the situation where he knew in his heart it was best for the program. The program is not about him, it’s about seeing the students succeed on and off the field,” said Jones. “He built a rapport with the student-athletes that went beyond the athletic platform, which is why he was successful as a head coach and as an assistant coach.
“Coach Cole did it with class until his last day as head coach,” Jones continued. “About the only problem he left is that he leaves behind some pretty big shoes to fill. How he handled it just let us know the shoes were even bigger than we thought.”
Editor's Note: Top and bottom photo shows Coach John Cole working the sidelines, while second photo is of Assistant Principal and Athletic Director Mark Jones. All photos by Ben Queen Photography.