Often, in this blog, I talk about my own personal experiences to get to a point. Often, those include stories involving my friends – some of which those reading this blog may know and some many may not.
In this blog, the person discussed is a friend of mine going back to my high school days. From a news standpoint, Brian “Bubba” Hill is in the news for a good reason. 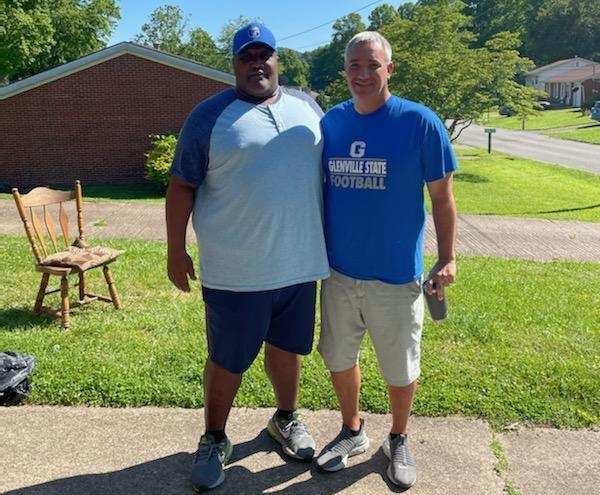 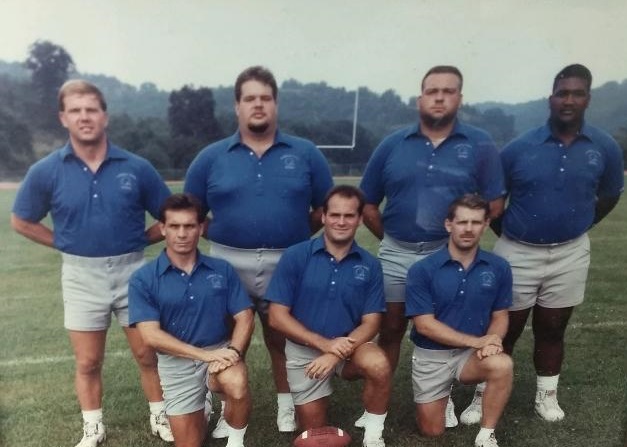 and strength and conditioning coach; Lenoir-Rhyne University as associate head coach and defensive line coach; and then to West Liberty where he coached the defensive line and special teams prior to his return to GSC.
While knowing the background of Hill’s coaching is important, knowing Hill’s background from his earliest days is more important. Ever heard one of those “you can do anything no matter where you came from” speeches at a graduation? Chances are good most of us have.
Ever really know someone that did just that? I do. And his name is Brian Hill.
Where Brian Hill comes from is a community called Pinnickinnick that sits about a stone’s throw from the Clarksburg City Limits. His community was not too much different from the neighborhood I grew up in, but there were no mansions or people of wealth.
“It was normal to me. There were six of us living in small house and about the only time I heard the word poor early was people called Pinnickinnick ‘PK.’ They would tell us it stood for poor kids,” said Hill.
And what I want to really be clear about is Brian Hill grew up with one of the most loving and caring mothers of all time. Louise Gillespie 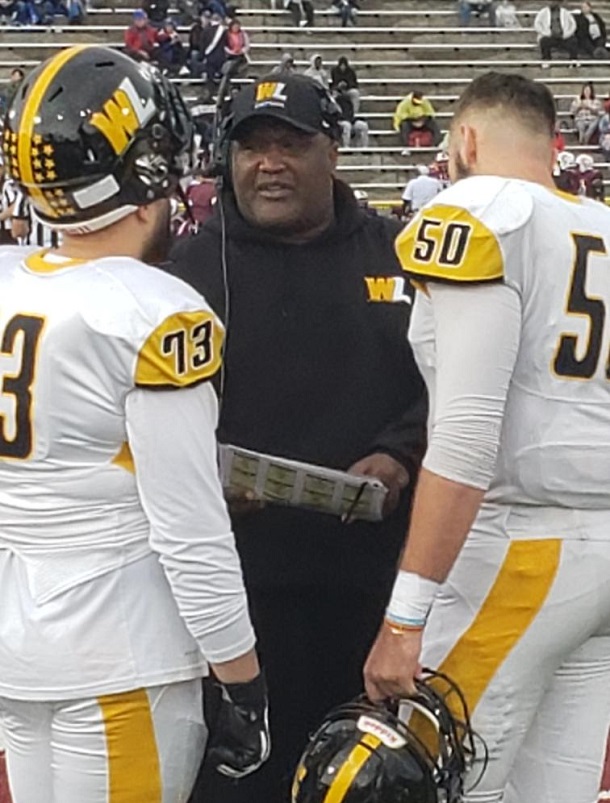 Hill gave Brian all the love he needed.
“She was a special lady. I still miss her,” said Hill of his mother who passed away several years ago. “For years she would walk to work … whether it was pouring rain or snowing and didn’t complain. Finally, she got a ride to work, and I know that was a relief, but she also cleaned houses for extra money to take care of her kids.
“She meant the world to me and set the example I needed by having a great personality and a smile. I try to do what she always did for me, and that’s put a smile on someone’s face,” Hill continued. “This is a woman who waited for me on our porch to come home as a kid until after college when she was in a wheelchair. When I was older, it didn’t matter what time, she would be there.”
The Hill family, and Brian in particular, seemed like the rest of us. The only time anyone ever really stood out is if they had something more than the rest. If you had less, well, it was hardly noticeable.
Make no mistake, Brian Hill grew up poor. The family struggled financially and, despite me being oblivious to it at a young age, I figured it out one day when the phone rang at my North View home as we were probably having probably a little too much fun post high school and early college.
It was one of Brian’s friends from Pinnickinnick. He asked for Brian, who was outside, and told me to get him home that the house next to 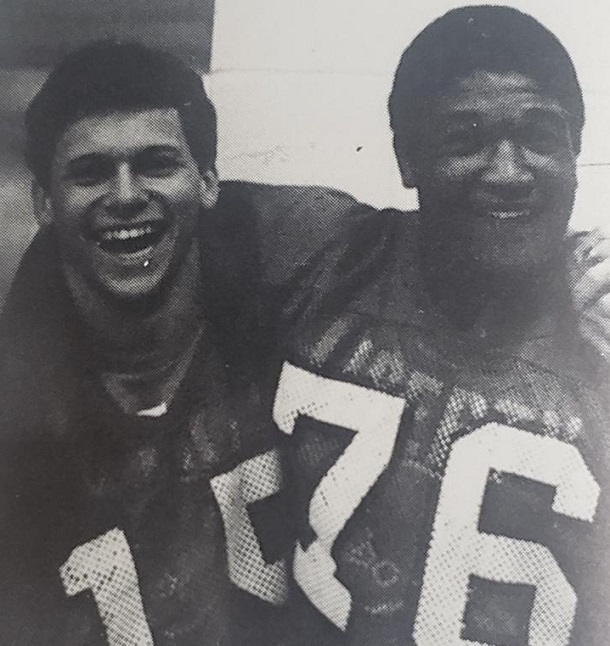 his was on fire and was starting to catch Brian’s house on fire.
The drive there, and it was a fast one, was terribly silent. I broke the silence to tell him his mother, who was in her wheelchair at the time, was probably okay and that perhaps he should focus on getting anything of value from the house if he was able to enter.
His reply left the rest of the short trip silent and opened my eyes. “We have nothing of value.”
To this day, I can still hear it. I heard it in my head daily for the next several months, and too many times as he battled his way through college and then into his professional life and ultimately his family life. I knew by that time he had it a bit rougher than us, I just did not know how much until that moment.
“I remember that fire, that drive. All we had was us. Our family was our family. We didn’t have money or jewelry. At that time, I was the only one there. But I grew up in a three-room house with kids and a lot of that was with no running water and a mother who did it all,” said Hill. “My father wasn’t in the picture other than holidays, so it was my mother who ran the show from that little house. We lacked a lot, but never lacked love at home and was relieved it wasn’t destroyed.”
Here is where the story turns, even if the circumstances of poverty were still in place. Brian Hill never let his situation determine his fate. He excelled as an athlete, thanks to Tom Hilton at Liberty High School who molded the chubby kid into a physical specimen that dominated Harrison County and became the best player on one of the worst college teams ever in the old West Virginia Conference 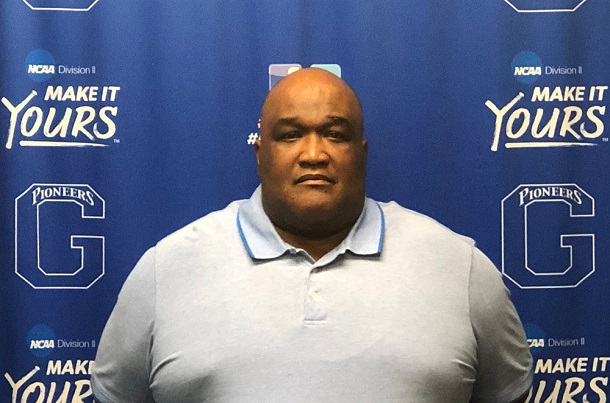 .
“When I got to Liberty, Coach Hilton told me I wasn’t going to make it. He told me to walk laps and I started losing weight,” said Hill of his first days playing football. “Then he took me into the weight room and this chubby kid everyone made fun of suddenly lost 100 pounds.
“Coach Hilton has no idea how much I appreciate him. He’d pick me up at PK when it was snowing or I needed to get to practice for football and wrestling,” he continued. “He did everything, and I owe him a lot for where he took the time way above what is expected to try and make a difference, and he did.”
Hilton did more than take care of a young man. He changed Brian Hill’s life. The chubby kid was suddenly a standout football player and wrestler who began to like himself a bit more.
“I was ashamed of myself going to high school because I was big, I realized I was poor and there was no father growing up. That was the first steps to get to where I’m at,” said Hill who will turn 53 next month. “Coach Hilton was one of a lot of people the good Lord put in my path and I am thankful, and hopeful, through my coaching the good Lord has allowed me to return that favor.”
There certainly should be no shame today with what started at Liberty High School. Brian Hill graduated from Glenville State. He then went back and became the only member of my immediate social circle to get his master’s degree. The one guy who struggled 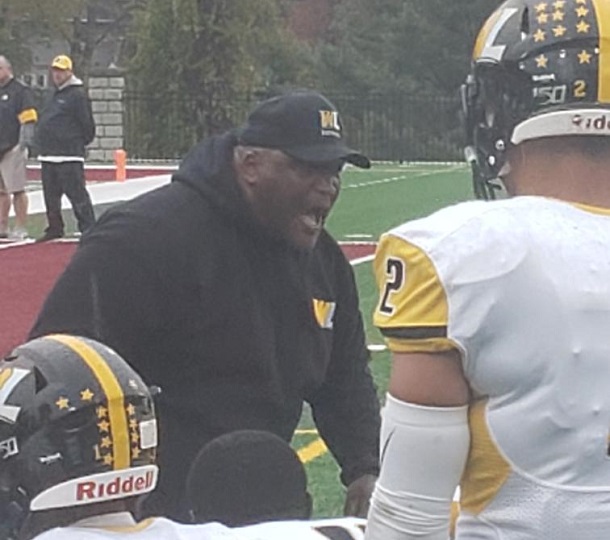 occasionally in school, who may have joked at times to distract his own personal struggles, became the one guy who went further on the education front than all of us.
“I was first one to graduate college in my family … I still remember walking across that stage and seeing my mother in her wheelchair. She cried like a baby,” said Hill.
Brian’s personal life expanded after college. He got married and has been part of a couple with his wife Jamie for 21 years now. They have a daughter Emma Jaye who will be in her second year of college and her first at Glenville State.
For the guy who once had nothing of value, he has plenty now. He has a job with a coach who wanted him and respects him. He has coached hundreds, if not thousands, of young men and I can assure each of them are better for that experience. And the same, I am certain, will hold true for those who will be under his tutelage at Glenville State College.
If you see him this year on the sidelines, chances are he will be high volume. Do not let that fool you that he does not care.
“You got to coach them hard and love them even harder … Football is a path to get the most important thing they are in college for, and that’s their degree,” said Hill.
On the personal front, he has a wife and daughter who he loves, and they love in return. And he still has a group of friends who he probably has no idea that look up to him and admire him more than he will ever know.
Brian Hill is most definitely that guy people talk about at graduation; that mythical role model who makes something out of nothing despite how difficult things were for him. He is no myth. Brian Hill is very real.
You think you cannot do something in your life because of where you started or how things are? You can. Brian Hill is proof of that.
“When I work with these kids, I can relate to a lot of them that come from tough situations. I’ve been there, and done that,” said Hill. “I can show them there is always a way out. Work hard, always thank the good Lord, and surround yourself with good people. It works.”
Editor's Note: Top photo shows Brian Hill, left, with Glenville State head football Coach Mike Kellar, while he's shown in the second photo, far right standing, as a student assistant on the staff at GSC during Rich Rodriguez's time there (Rodriguez is middle center). Third photo shows Hill on the sidelines in 2019 at West Liberty, while he's shown in high school with Liberty teammate and current Bridgeport resident Doug Sprouse, left. Two from the bottom is the official GSC photo of Hill courtsey of Glenville State College and Jonathan W. Griffin. Bottom photo shows Hill's intensity during his time with the Hilltoppers.