From the Bench: Live Sports Returning to Bridgeport and BHS Alum Involved Plans to Get a Little Crazy

It was about this time last year when former Bridgeport High School football standout and current Quality Machine Business manager Christian Marsh found himself feeling like he had just competed in a bad way on the gridiron.
After a grueling day of competition, the 2002 BHS alum found himself needing to recover. In fact, he needed to seriously recover. 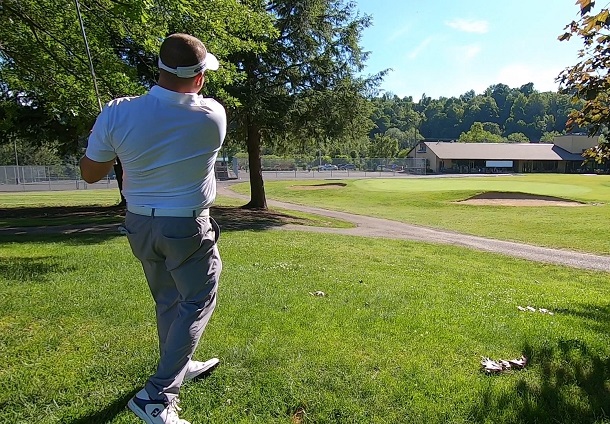 “I was miserable. I spent two or three days on the couch. I had tendinitis in my shoulder for six weeks and it took me that long to recover because it did some damage,” said Marsh, who said he ended up getting cryotherapy treatments from Dr. Tim Peasak to assist.
The good news is that Marsh’s athletic endeavor did about $25,000 worth of damage. That is not a misprint. The damage, although not from a physical standpoint, was good news.
The damage came last June. It took place on the golf course at the Bridgeport Country Club.
It was not part of a golf cart accident. It did not have anything to do with getting struck by a wayward ball. Rather, the damage was purposely self-inflicted and, at some level, even expected. 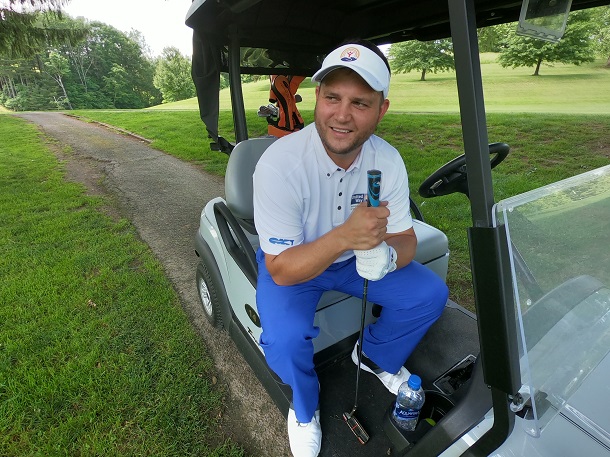 “What I did screwed up my golf game for weeks,” said Marsh.
Exactly what Marsh did was golf 13 rounds of golf in about 15 hours. That, too, is not a misprint, and neither is the total of 234 holes he completed on a June day in 2019.
The reason for it was simple. He was trying to raise money for the Harrison County United Way as a member of the board. He recalled fellow United Way board member Tom Rhine running at Bridgeport City Park for 24 hours to raise funds. Marsh knew he could not run, so he opted to golf.
And the plan worked. It worked, as mentioned above, to the tune of $25,000 to the agency. Still, even for a guy obsessed with golf, the number of rounds he shot for and then exceeded is a bit insane.
“Golfing is my workout and the way I try to stay in shape. I usually walk nine holes four times a week while I’m golfing,” said Marsh. “Even with that, on say a good weekend, I’m looking at one round of golf.”
The city resident is also looking at something else. On Tuesday, June 23, he is going to do it again. After all, as the United Way Board 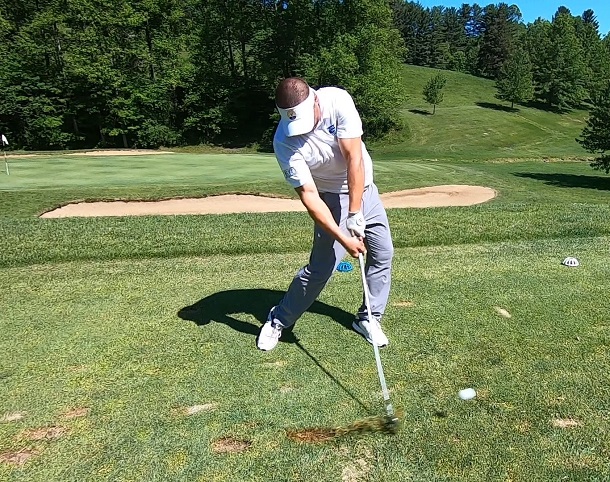 president he not only plans on talking the talk about raising funds, Marsh is planning to “golfing the golf.”
So, a year after golfing for 15 hours, going 234 holes and 13 rounds, he has decided to up the ante. He hopes to hit 14 rounds and surpass the 250-hole mark and somehow do it in the same time frame.
“Last year I beat my 10-round goal by 5 p.m. and I took three breaks. If I start a little earlier and take a little time off the breaks, I think I can do that,” said Marsh.
That is not the only ante that is being raised. Marsh said his goal is to double the amount of money raised.
“We’re pretty confident with the amount of people that showed interest and wanted to be part of it and how successful it was last year that we have a real shot at getting to $50,000,” said Marsh.
Getting better numbers is not the only thing he hopes to accomplish. He also hopes to be in better shape once round two of this somewhat crazy golf challenge is complete
“I’ve conditioned better and I’ve tweaked some things. One thing I’ll do is have the person driving for me to pull the clubs out of the bag instead of me doing it about a thousand times,” said Marsh. “I hope a few changes will provide some big relief when it is over.”
Marsh will start at pre-down around 4 a.m. He will utilize glow-in-the-dark balls to get started and then regular balls when finishes anytime 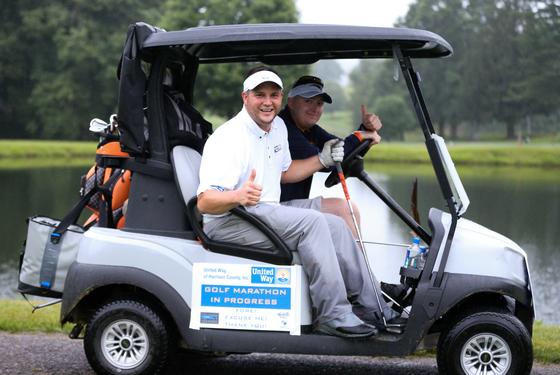 around or after 8 p.m.
“We’ll have a get together on the back lawn at the Country Club with hors d'oeuvres,” said Marsh. “Should be a fun way to end the day.”
Individuals can donate two ways. They can log on to the United Way of Harrison County’s Web site at unitedwayhcwv.org or by clicking HERE. There are also flyers placed at golf courses throughout Harrison County that gives instructions on how to donate with a signup sheet.
“Most are donating per hole, usually $1 per hole. The good news is I’ve got a few at $5 per hole that I’m calling my gold level sponsors,” said Marsh. “Several are donating a lump sum. Any way anyone wants to contribute will be appreciated and for a good cause. Besides, I can’t do this forever.”
The current board president not only cannot do it forever, he will only do it for one more year.
“Next year is last year on the board. I’ve got one more marathon in me and I’m retiring. It’s a three-year tour for me,” said Marsh. “I hope it’s enough.”
It is. And here is hoping he will not be laid up for weeks after this year’s action.
Editor's Note: Top three photos showing Christian Marsh in action at the Bridgeport Country Club courtesy of The United Way of Harrison County. Bottom photo, showing Marsh going to the next hole at the 2019 event, by Joey Signorelli of Ben Queen Photography.