From the Bench: Looking Back at Arguably the Greatest Year in Harrison County Boys Hoops History 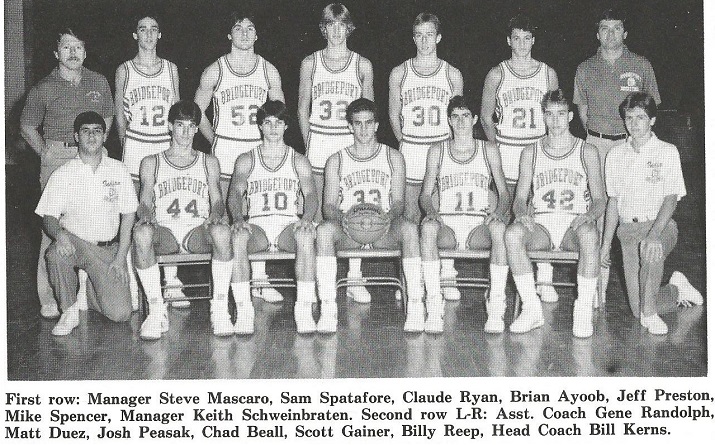 Editor's Note I: With March madness officially eliminated and the boys state basketball tournament status in limbo, here's a blog from 2015 that hopefully will provide a little bit of relief from those missing the action. The blog appears as is from the March 15, 2015 edition of Connect-Bridgeport.
Initially, this blog was to have appeared last weekend, but I decided to move it a week forward. The reason for that was that I decided to put in a little extra time last Saturday evening to write a blog on Dante Bonamico for his late-game showing in the Class AA Region II, Section 2 game between Bridgeport and Robert C. Byrd. After all, there is always something interesting that takes place in one of those games that merits some individual 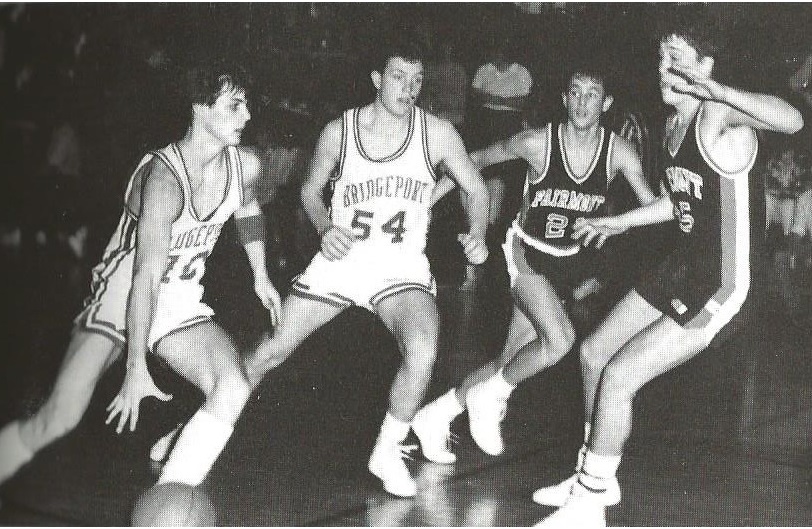 attention.
Since that happened, this blog was pushed back a week. And considering it's state tournament week starting Wednesday at the Charleston Civic Center, it seemed as good a time as any to run the blog. Actually, the timing worked out much better.
How I schedule things aside, the whole subject that is about to follow came courtesy of 1986 BHS alum Claude 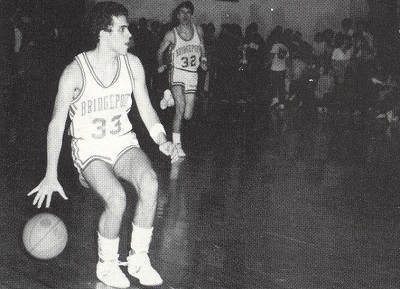 Ryan. Because of him, I had this blog already stored away and ready to go.
Recently, I ran into Ryan and he and I discussed a previous sports blog on the great venue that the Nathan Goff Armory used to provide. During that discussion, he asked me my thoughts on whether I believed that 1986 was the best year ever in Harrison County basketball history. I answered quickly that I believed it was and he suggested writing a blog on the topic.
And here we are.
Before going further, in the interest of full disclosure please note that I am a 1986 Liberty High School graduate. Ryan, as mentioned above, is a 1986 BHS graduate who could flat out ball. If our opinions are believed to be slanted because of that, so be it. That said, I believe I’ll put forth an argument that I hope others will respond to either in agreement, disagreement of just general thoughts in the comment section below.
It should also be noted that there were no state championship teams that year. There were likely better teams than that season and 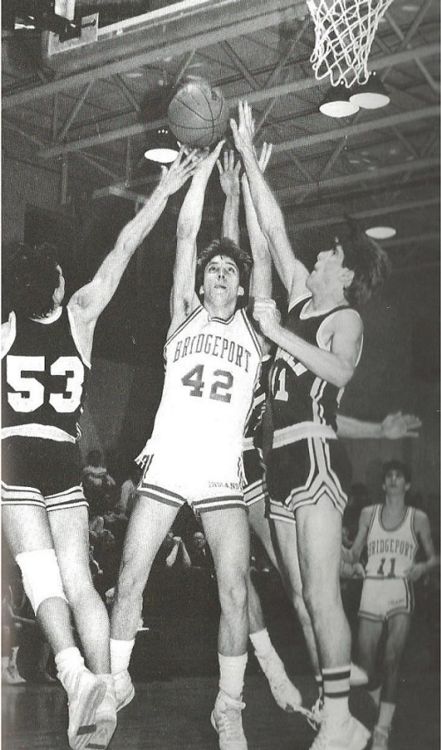 likely better players. And I have no idea what transpired prior to 1983 so I’m dating this in a 30-year time capsule, but would imagine even prior would be hard to top.
That was a time period where every game, every gym was filled. It didn't matter who was playing, there was a chance that well before tipoff the gym doors would be closed at the games would be sell outs. When was the last time that happened more than once in a single year for every team? When was that last time it happened at all? Sellouts were the norm and not the exception and it was because the basketball was that good.
Here’s the capper, the season featured a talented Bridgeport squad that had all staters, future all staters and future college players. The team was good, but was beat in sectional play by Washington Irving.
That year’s Bridgeport team included names like Class AA second team all-stater Brian Ayoob, Jeff Preston, John Rappold, Mike Spencer, Matt Duez, Josh Peasak, Billy Reep, Ryan, Scott Gainer and others. That’s a whole lot of talent for a team that didn’t get out of the sectional.
For those that don’t remember, that was the year that Liberty High School’s Julius Lockett scored 26.8 points per game to lead the Big 10 Conference and nearly upset an Oak Hill squad that had former West Virginia University standout Tracy Shelton on it in the state tournament. This was a year after Liberty - playing Class AAA at the time - went 21-2 and beat a team that had future Olympian and NBA player Bimbo Coles.
By the way, did I mention that Lockett may have led the Big 10 in scoring, but was third in the county scoring race that year?
Not only was Harrison County led in scoring by South Harrison’s Brett Vincent’s incredible 35.9 points per game average, Vincent was also the nation’s leading scorer. Understand that Vincent’s range was somewhere between the top of the key and half court and his average was prior to the 3-point line so one can imagine what that translates into.
Vincent led his team to an undefeated regular season only to be upset by what was probably the team considered to be the weakest of the group in Roosevelt-Wilson. If memory serves me correct, the Hawks ran into a Prexie team that got a lights out performance by 6’8 Frankie LePon and a masterful defensive performance by Bobby Stewart. If I have that wrong, my apologies and just blame it on Mother Nature for making me write this prior to really looking into some background information Ryan provided me.
So who else scored more than Lockett, who many consider among the best to ever lace them up in Harrison County? That would be Notre Dame’s Rodney Hairston. Imagine averaging 31.2 points per game and being the second leading scorer in your county?
I also imagine it wasn’t too big of a deal for Hairston. The 6’2 center was an absolute monster inside for Notre Dame and led the Irish all the way to the Class A state championship game before coming up short.
Current BHS Principal Mark DeFazio coached Lincoln that year and nearly pulled off a sectional upset with a team that had more than its share of talent. And former Lincoln Principal Brad Underwood took his Washington Irving Hilltoppers to the second round of the Class AA tournament that year.
Along with the names already mentioned that included the all-Harrison County  first team of Lockett, Hairston and Vincent, there was Ryan and Ayoob from BHS, Bobby Ferrell of R-W, Joey Allen of Lincoln and Danny Moscar and George Moses of Washington Irving. Moscar and Moses were both ‘AA’ all-state picks that year with Moscar on the first unit and Moses on the second.
So there you have it. It was the greatest single year of basketball that I ever witnessed. Feel free to tear it apart, agree with it or just make general comments.
Pardon the pun, but the ball is in your court.
Editor's Note II: Top photo is of the 1985-86 squad, while Claude Ryan works with the ball as teammate John Rappold looks for a pick. Brian Ayoob is shown in the next photo, while Mike Spencer goes up for a rebound in the bottom photo. Bottom three photos courtesy of Mrs. Alice Rowe and the BHS Journalism Department.