From the Bench: Looking Back at One of the Greatest Athletes, Coaches to Ever Walk the Halls at BHS

Editor's Note: I: This blog ran in March of 2016 during the teacher strike impacting the state of West Virginia. Since that time Bridgeport High School Principal Mark DeFazio has since retired, but here's a look back at something many in the community may not have been aware of about the former head of BHS. 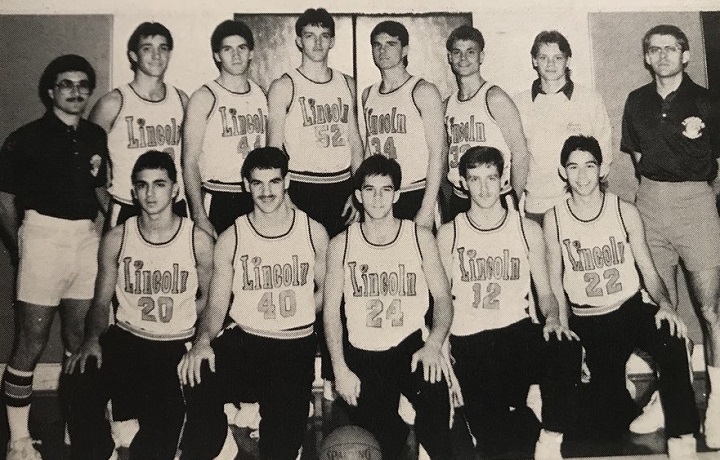 When teachers walked out in February, there were plenty of questions swirling on multiple fronts. Although not the most important, issues involving extracurricular activities and sports for purposes of this blog were certainly on the list.
As it turned out, issues involving those activities became paramount in Harrison County when School Superintendent Dr. Mark Manchin determined no paid employee would be allowed to work as long as the walkout continued.
On the sports front, once that decision was made, it was a problem. The high school boys and girls basketball postseason was at hand and there was only so much time to get in games before the WVSSAC would be forced to determine who advanced by way of forfeit. 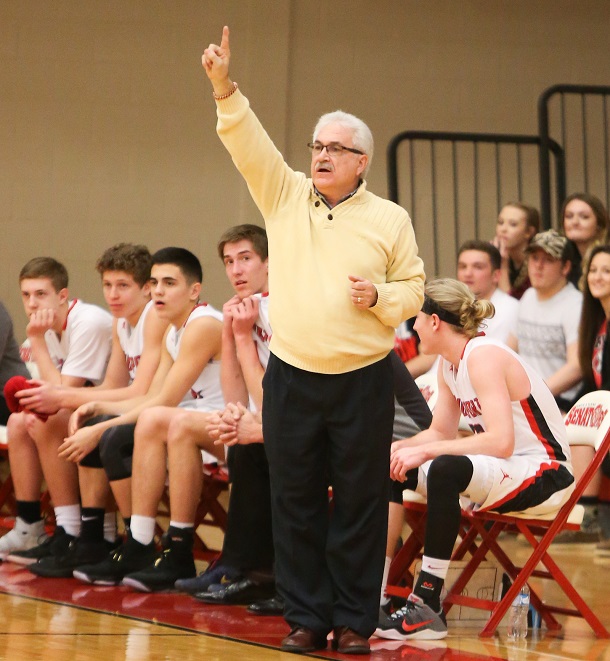 The issue was not just the forfeit, but that Harrison County was the only county in West Virginia not allowing coaches to cross the picket line if they desired. To get around the issue, Manchin decided to let principals and volunteers with programs coach the teams.
While I saw plenty of qualified people in huddles all around Harrison County during those postseason games, I would argue no one had a more qualified coach in the county than Bridgeport with Principal Mark DeFazio.

As I told several people who asked “does he know how to coach” or “has he ever coached before,” the answer was yes. And he was a good coach.
Mark DeFazio coached high school basketball for 10 years. He spent a couple of years as an assistant to Doug Hogue at Roosevelt-Wilson before taking over the head coaching position at Lincoln High School.
“We had some good teams and went to the state tournament (in Class AAA) in 1982. In those eight years, I only won one sectional tournament, which is something to this day I find extremely disappointing,” said DeFazio. “My teams didn’t perform well in tournament play, which is on the coach.
“The amazing thing is that I was able to win two sectional tournament in a week this year,” he said with a laugh. “I had a lot of help, but it 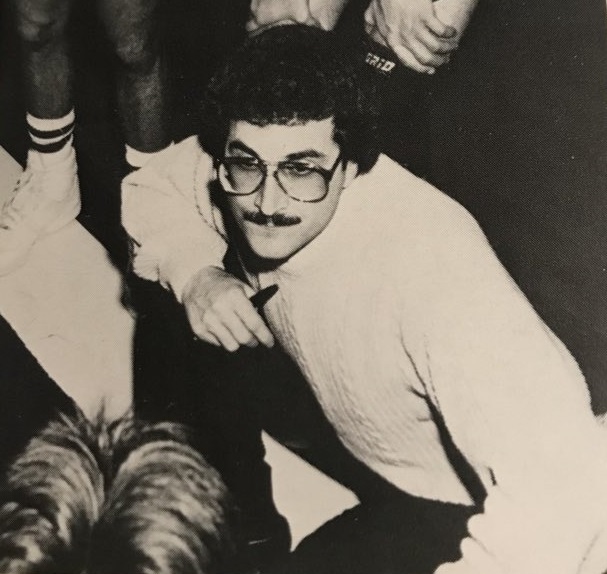 sure was nice to add to that total.”
Understand, back when DeFazio was coaching at the big school level sectionals were never played on your home floor. On top of that, if you lost before the state tournament you were eliminated and the Cougars played in a section and region loaded with powerhouse Liberty squads and teams from Parkersburg and Parkersburg South among others.
Still, he had just one losing season during that time .
“I had great players including Sam Freeman, Phil Vernon, the Bray Boys, Todd Bart, Randy Hartley, Paul Ayers and so many others,” he said. “I think I enjoyed going back and coaching because the kids on our teams were good kids, too.”
A couple of additional ironies along with winning two sectionals in one week involved the two coaches – Dennis Hutson and Mike Robey – DeFazio filled in for during the postseason. Hutson actually assisted with DeFazio at Lincoln and Robey said DeFazio was who he – and every other kid – wanted to be like on the athletic front when a student at Roosevelt-Wilson Junior High. Robey said he knew DeFazio still had what it took on the bench – and he saw it as he watched his team play 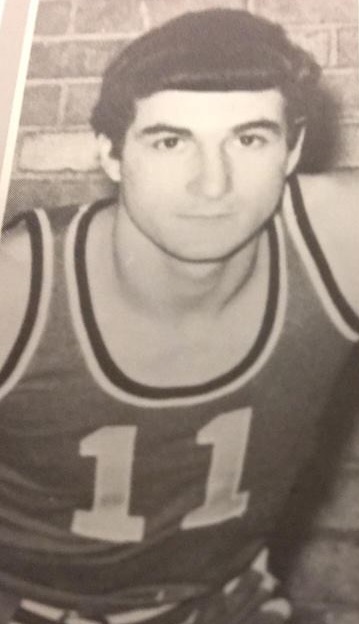 sectional games from the stands.
“I knew it as soon as they tipped the ball up we would be okay. You could definitely see there was coaching gas in the tank. I smiled when I saw him getting on a couple of kids for taking bad shots and then saw the old coach come out in him during timeouts,” said Robey, who also piled on praise for volunteer assistant Paul Smith for helping with the boys. “Before the team played Mark sat with me and (Assistant Coach) Zak (Bart) to talk about what we ran and it was amazing how much he grasped immediately.”
DeFazio said the entire experience, which he wouldn’t want to repeat, turned out be more fun than he thought.
“I’d be lying if I said I didn’t enjoy it, but it was a difficult situation to be put in because even though I coached for 10 years I haven’t been with those kids in practice, know their tendencies, their strengths and weaknesses like Coach Hutson and Coach Robey,” said DeFazio. “It was a little easier with the girls because Paul was a volunteer all year with them. I couldn’t have done it without him and all the help we received.”
With the boys, DeFazio knew everyone was practically starting fresh. And he said there was one thing that worried him.
“My biggest fear was that I didn’t want to lose to Liberty because if we lost that first game it was over. I knew if we got to Robert C. Byrd in the sectional final we would have another chance and I sensed the strike would be over by the time the regional final began. With a loss, I would have taken that personal because I was in charge and the coaches wouldn’t have had another opportunity to coach their kids,” said DeFazio. “That weighed heavily on my mind.”
For those not knowing DeFazio was a coach – and a good one – here’s something else he won’t tell you about. He was one of this area’s best-ever high school athletes.
The 1972 Roosevelt-Wilson graduate wasn’t just good in four sports, he was fantastic. In fact, he was all-state in football, baseball, basketball and track.
“I was competitive back when I played,” said DeFazio. “It actually came back out when I was coaching and that got more intense because I didn’t want to let those kids, Paul or the regular coaches down.”
DeFazio describing himself as competitive was about as far as he’ll go saying anything about his past athletic accomplishments. He was, by all accounts, exceptional. In fact, he was the holder of the state long jump record for many years. Robey had no such problem 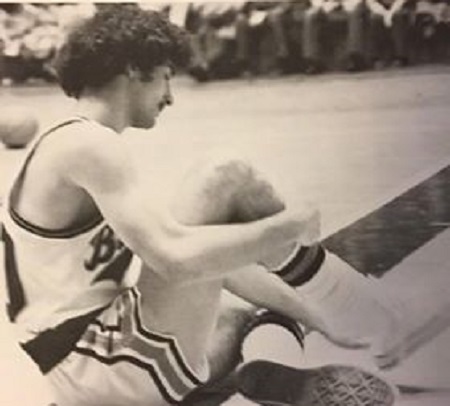 describing how good DeFazio was.
“People may forget, but I certainly don’t. He was an incredible athlete and competitive is an understatement,” said Robey. “In our age group growing up, we all wanted to be Mark DeFazio. He was that good and everyone knew it.”
He was good enough to then become a two-sport athlete in college. He played basketball and baseball – his favorite sport – at Alderson-Broaddus.
“I guess I had an okay career,” said DeFazio.
Again, he’s been humble. It was an amazing career as a player and a coach and the coaching was on display once again for the Indians.
As for the athletic part, that’s probably a wrap no matter what the circumstance. But, there is one thing he’s certain of.
“I know, right now, I can still out long jump (Assistant Principal) Matt (DeMotto). I think he knows it too,” DeFazio laughed.
Here’s hoping some others read this and know it as well. The coaching display in recent weeks was no fluke or trial by fire.
It was what Mark DeFazio cut his early educational teeth on. It’s what a lot of great athletes do.
Editor's Note II: Top photo shows Mark DeFazio, top row far left, with his 1987-88 Lincoln team and that's Assistant Coach Dennis Hutson on the far right. Second photo shows DeFazio back coaching during this year's boys sectional action. The photo below that is Hutson in the huddle during the 1980s at Shinnston. The fourth photo is from DeFazio's playing days at Roosevelt-Wilson, while he's shown working on his show as a member of the Alderson-Broaddus basketball team below. Photos from Lincoln High School days courtesy of Chad Riley, while the bottom two photos are courtesy of Alice DeFazio. Photo from this year by Joey Signorelli of www.benqueenphotography.com.