From the Bench: Status of Bridgeport's Sports Future in 'AAA' or 'AA' to be Announced Likely in December

By Jeff Toquinto on September 15, 2019 from Sports Blog

It’s that time again. And for some high school football fans it’s not too big of a deal, while for others it’s a huge deal.
Count Bridgeport High School as one of those schools where it’s a big deal. Before the end of the year, the Indians will know whether they will be competing as a Class AAA team or a Class AA team for the following four years.
Not counting the future of basketball (click HERE) where an experimental period will be taking place with four classification, the Indians 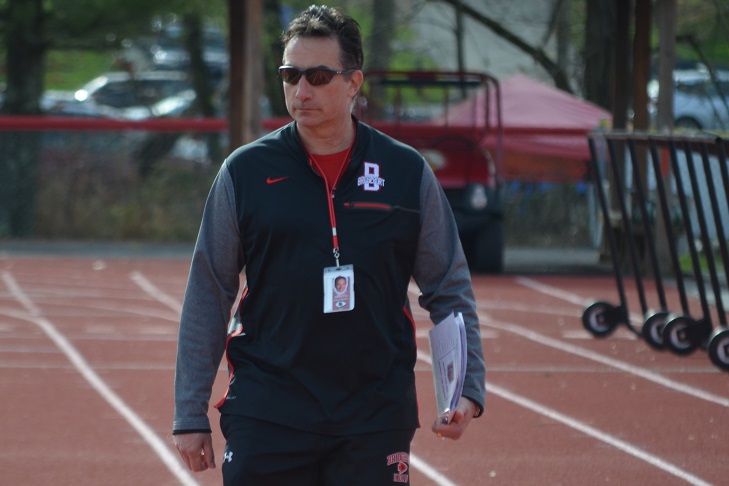 will either stand pat or move up a classification. They figure to be one of the schools that will be sitting on the bubble depending – and all things are tentative based on how the WVSSAC plays the reclassification – on how things break down.
Four years ago, the WVSSAC determined that the Class AA numbers would include schools that have enrollments between 460 students and 932 students. When it was done, Lincoln County High School was the largest ‘AA’ in the state with 871 students.
Bridgeport was listed 10th at 761 students. Among the 44 schools, Man High School was the smallest at 460.
As for the other classifications, Class AAA ran from 933 students to 1965. Cabell Midland was at the top end at 1965, while Riley with 933 was the smallest in the field that saw the largest range of difference or more than 1,000 students. The ‘AAA’ division had just 29 schools.
Class A started at 459 all the way to zero. There were 54 schools in the classification with Ravenswood at the top with 433 and the West Virginia School for the Blind the smallest with 13 students.
“The October enrollment numbers will be used to determine the classification numbers for the next four years,” said DeMotto. “Starting next fall will be the beginning of the new classification period.”
Although I’ve not seen the numbers, I do know the numbers are up based partially on a large freshman class and DeMotto confirmed that.
“We’ll still be the below the numbers from the last time, but I expect our October numbers to be higher than it was four years ago,” said DeMotto.
So, if it’s below the cutoff from last time, what’s the issue? It would seem Bridgeport is going to be a Class AA school for the next four years.
“You have to forget the cutoff numbers because they aren’t carved in stone,” said DeMotto. “The SSAC may determine their numbers based on how many teams they want in Class AAA as well as Class AA and Class.
“If they want 30 teams in Class AAA then they’ll have the largest 30 based on the October numbers,” DeMotto continued. “If number 30 has 900 students then that’s where the cutoff will be between Class AAA and Class AA and they’ll use the same thinking they come up with for the cutoff between Class AA and Class A.”
Bridgeport has played in Class AAA in recent years. Although the Indians didn’t capture state titles, they played for state titles, qualified for state tournaments and were considered threats to win in multiple sports. As many can testify in Class AAA, going up against a school with 1,000 more students is an obstacle hard to overcome.
DeMotto isn’t worried about how the Indians would compete with a classification change. Instead, he’s thinking other issues.
“You have to hope if there’s a change you still have enough schools nearby to compete against and you’re not traveling all over the place. My concerns aren’t worrying if it’s harder to win a title but paying the bills for travel and getting kids home sooner rather than later,” he said.
As the Big 10 is configured now, if Bridgeport would move up it would have only Preston and Buckhannon-Upshur as Class AAA partners. However, that’s not a definitive.
“There’s a chance if we go up, others locally could as well and then it’s less of a concern,” said DeMotto. “It’s not just for postseason when it comes to travel. Most coaches want to play some of the teams in their regions and moving up in class means traveling to places much further away from our area. Whatever happens, we’ll deal with it.”
It seems almost certain that some schedules of some athletic teams will be impacted regardless of moving up or staying put. Changes in classification by other schools could also impact the schedules of multiple Bridgeport sports teams.
“The new classifications are generally out around the time of the Super Six (state football championships),” said DeMotto. “I expect to know by early December and then everyone will know the situation.”