From the Bench: The Most Dominating Performance in Bridgeport High Sports History Since 1983 Part II

It was back on Feb. 13, in this very blog and in the heart of high school basketball season for boys and girls in West Virginia, I wrote a blog featuring former Bridgeport High School all-stater Miki Glenn. For those that recall, the blog was titled, “The Most Dominating Performance in Bridgeport High Sports History Since 1983 Part I.”
Since it was my opinion, I knew I could not be wrong. And since I was talking about Miki Glenn, I knew it would be a hard piece to argue.
Granted, there were people that brought up names of athletes who played decades prior to 1983, which I am certain will happen again. But individuals reading over things is something I have come to accept. 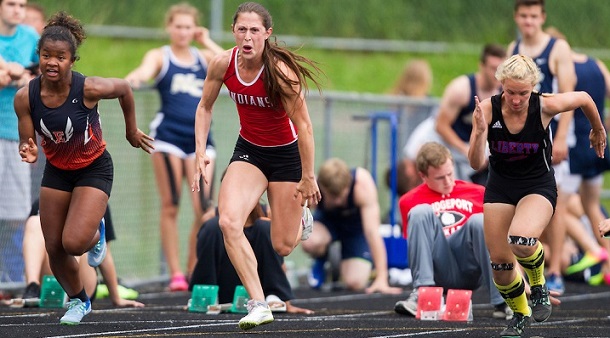 That said, the only thing a few astute readers out of the thousands that clicked on the link asked about, and a few even nailed it, was the “Part I” of the blog. There is a “Part II” to the story – and a handful knew who “Part II” involved.
That part comes a few years after Glenn put on the single most dominating performance ever in leading a team to a state championship that I have witnessed at Bridgeport High School. This one, however, I did not witness in person.
This is one I did not have to witness in person. The numbers told me all I needed to know.
You want something that is as impressive as what Glenn did on the hardwoods? Rewind to 2016 and 2017 and end up back in 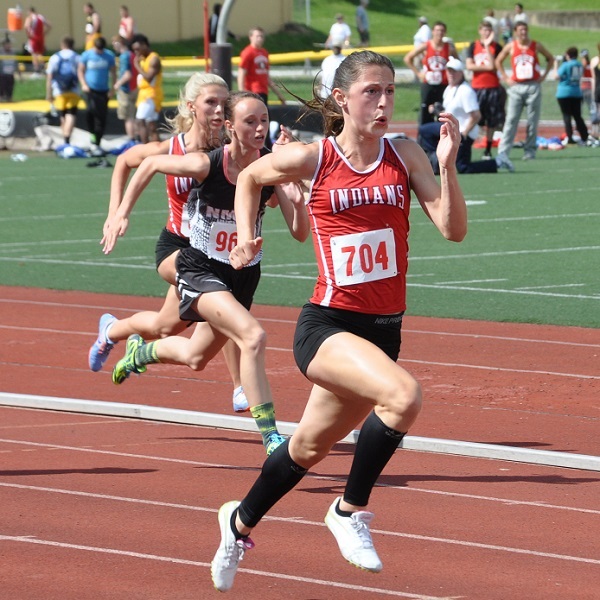 Charleston. This time, since it is approaching the state championships for prep track and field, we will focus on something so dominating that one could argue it is as impressive or more so – either way, you cannot lose.
In case you have not figured it out, I am talking about McKenna Smith. And before going further, let me reiterate that at 53, with my memory of prep sports going back to about 1983, I engage occasionally in “best ever” conversations. And I do not go back past 1983 because that is where my sports watching of local high school began, followed by actual sports writing in 1986.
When it comes to most dominant and BHS from 1983 forward from this mind, only two names come up. Glenn and Smith. I have already made the case for Glenn. Here is the argument for Smith – and it covers two years.
Smith, though, is a two-year story of statewide dominance. In fact, her showing at the 2016 Class AA state championship was so strong that former Charleston Gazette-Mail assistant sports editor Derek Taylor described what she did, borrowing from the band Pantera, as “a vulgar display of power.”
Taylor, who covered sports for a long, long time and covered them statewide added this “it was almost ridiculous how she dominated.”
What did she do besides winning state titles in four separate events and lead the Indians to the title? She broke state records in all four of 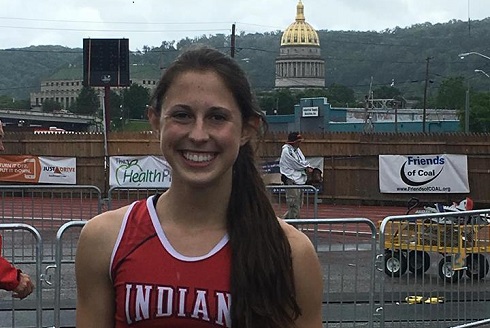 them. A feat that has never been done, and she broke the 200-meter record on a soaked track in a driving rain with the title already secured.
Her times? The 400 saw here her time at 55.25 seconds. The 300-meter hurdles came in at 44.03 seconds, and she followed that with an 11.89 second time in the 100.
As for the rainy 200, the state record setting time for Smith was 24.37 seconds back on May 21, 2016.
“For the state track and field meet, boys, or girls, it is in the discussion easily as the greatest showing ever. We were all looking in the press box at the history of the meet, and the thing with the boys goes back a long time and the girls to I believe 1976, and she did something no one has ever done,” said Taylor back in 2016. “Thinks about that. No one has ever done what she did.
“It’s really hard to match up with other sports, but, yeah, it’s got to be in that discussion,” he continued. “I say that because what you saw at the state track meet was historic for the state.”
Taylor was not alone. Doug Huff traces his actual official track involvement back to his time with the West Virginia Sports Writers Association in 1965 and is most well-known for his time with the Wheeling Intelligencer where he started on the path to become the 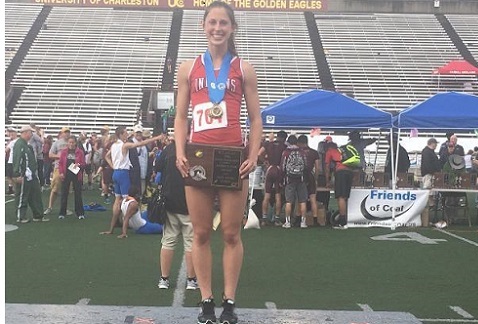 unofficial Godfather of West Virginia high school sports.
“I didn’t see what she accomplished in person, but I know all about it. I used to go to the state track meet all the time, maybe 25 years in a row or more, so I know this was a really impressive showing. Definitely, when it comes to track, it may be the greatest, or definitely one of the greatest showings I can ever recall,” said Huff back at the time. “What’s pretty amazing is that she’s just a junior too.”
Understand, Huff and Taylor are comparing her to the rest of the state in track and field. The best part about Smith – as Huff pointed out – that was just her junior year. There is more.
Those records she set above? Three of them would not survive because Smith was going to break them in 2017.
For Smith, the show of dominance continued in 2017 Class AA state championship meet with four wins and another high medalist honor. She got things started when she broke her own record – the all-time state record – in the 400 by running a time of 54.61 seconds. 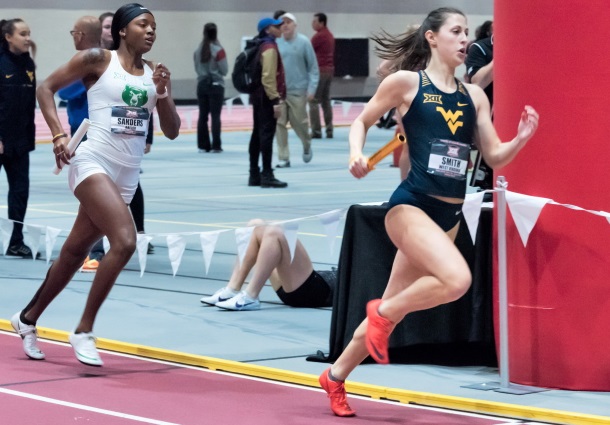 So how did she top that? In the one event that she claimed she needed to work on after her junior year despite a state title – the 300-meter hurdles – Smith set a new state mark in that event as well. She won the event with a time of 43.03 seconds. That also broke the state meet record she set by a full second from last year.
Want more? It would come in the 100-meter dash where Smith did it again, breaking her own state record. She finished with a time of 11.85 seconds, which improved her all-time state mark of 11.89 seconds she set a year ago.
Even in the one event she did not break her own record during the actual event, she won a state title. She won the 200-meter dash with a time of 24.49 seconds. The capper? She actually set the record in the preliminaries with a time of 24.36 seconds.
The only downfall for BHS that day was not bringing home a state title, finishing second. However, Smith scored 40 points – the most you can score. Even had Bridgeport finished out of the running altogether, Smith’s 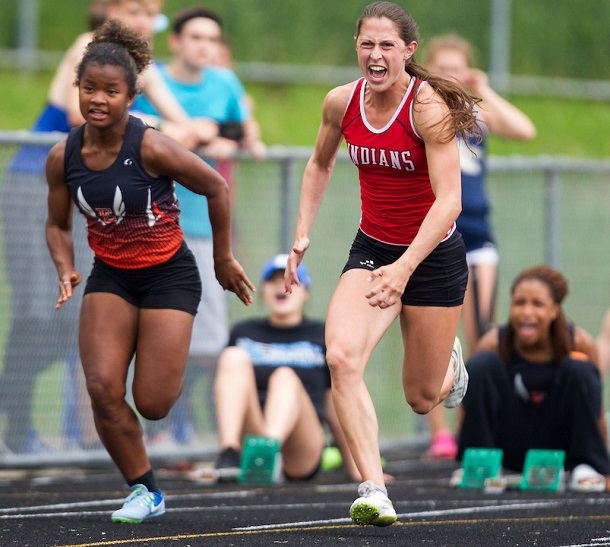 dominance cannot be dismissed.
Her dominance was noticed by West Virginia University. She signed a Division I letter of intent and is an upperclassman for the Mountaineers – most recently earning Academic All-Big 12 Conference honors for her efforts with a 4.0 grade point average.
Glenn and Smith. The Part I and Part II of dominance from BHS athletes. No offense to any of the monster showings in so many other sports by so many other athletes wearing the red and white, but I would stack those two up against anyone.
At the same time, there may be a Part III. I will have to think about it.
Editor's Note: Top and bottom photos of McKenna Smith from 2017, by Ben Queen of Ben Queen Photography, show the power Smith started out with in her races. In the second photo, she's shown dominating at a meet in Parkersburg in 2016. In the next two photos, she is shown at the state track meet. The second through fourth photos are courtesy of Michelle Duez. In the fifth photo, courtesy of WVU Sports Communications, she is shown competing for West Virginia University. Aerial photo with this post also by Ben Queen.