From the Bench: Why 5 State Titles Not Close to Best Part of Jon Griffith's Decades-Long Coaching Stint

With all due respect to Jon Griffith, winning five state championships in two different sports during a run of coaching that cover 32 years is not the thing that sticks out in my mind as his biggest accomplishment. Actually, at least in my mind, those state titles – while certainly impressive – are a distant second.
When I look back at Griffith’s career, there is one thing that stands out. And it brings a huge smile to my face.
He was not the first. He will not be the last. At the same time, Jon Griffith’s advocacy to include special needs students at Bridgeport High School is something that deserves as much or more attention than all the winning. 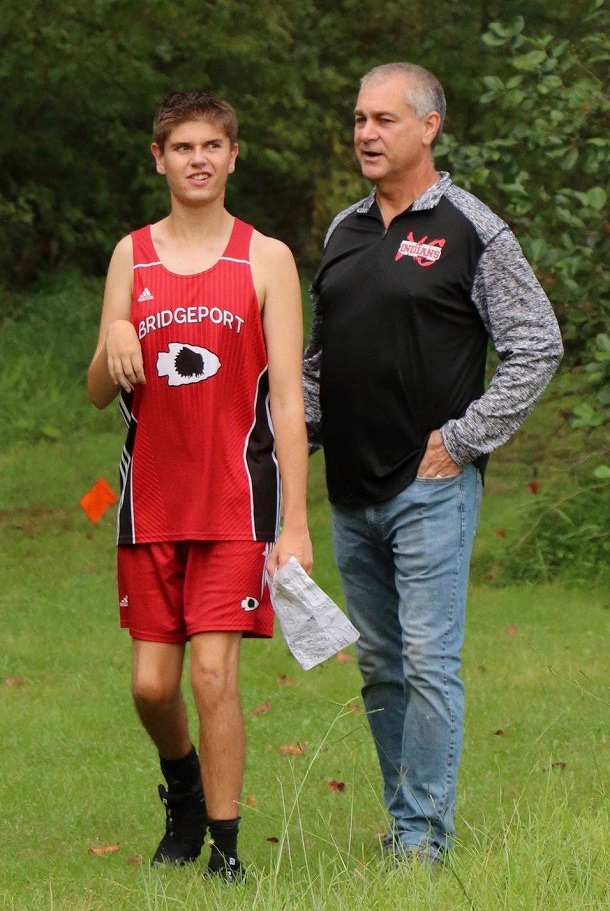 When you think about it, perhaps it all goes hand in hand. We will get to it in a little bit. First, however, Griffith’s desire to include those with special needs in his programs stretches back to the teaching profession. It was in the halls of Bridgeport, at a time when it almost never happened, when Griffith became totally open to the concept.
“Back when I first started coaching and teaching it was apparent most special needs kids were not involved in sports. The most you would usually see is for a student to be involved as the manager on the football or basketball team,” said Griffith. “If you saw a special needs student on a sports roster decades ago, it was a good thing. It was also unusual.”
Griffith is not sure when he had his first special needs student-athlete. He is sure when he felt it would be the right thing to do.
“I am certain it started by watching Pam Hotsinpiller teach students at Bridgeport. She was an unrelenting advocate for special needs kids and their inclusion in the classroom with the rest of the student population and she was advocate for them inclusion everywhere,” said Griffith. “Watching her let me know I needed to include them.”
Griffith had a great relationship with Hotsinpiller, one of the finest individuals in Bridgeport or anywhere for that matter. He coaches her son Dustin in track and worked with her students.
“I was always happy to work with her. Actually, I was so pleased to work with her that her students would get some preferential scheduling to get in my classes,” Griffith said with a chuckle. “It was somewhere around that time that I started having special needs kids of varying degrees take part in track and later cross country.”
Early on there was Drew Dawson and Nathan Dye. There was Megan Krohe who he helped on the girls track side of things. In cross country there was Josh Reinhart and the still unforgettable Eli Bailey.
“Down through the years, we had a lot of kids that were just wonderful to have on our program and the only thing I hate is I know I left a 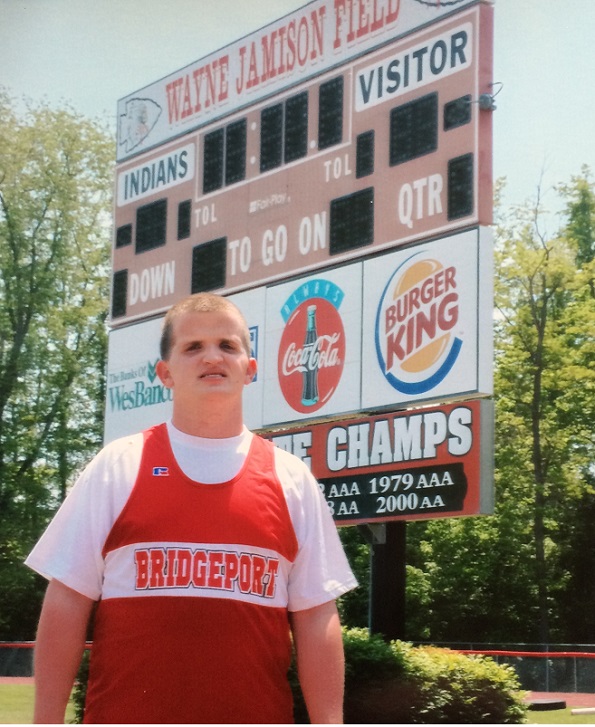 bunch out, but they were special,” said Griffith. “The thing I tried to do that may be different from other coaches, and maybe not, is that I set goals for them the same as everyone else. They practiced, maybe at a different pace, just like everyone else. It worked.”
Better than anyone expected.
Turns out, it was not just a good thing for the special needs students that signed up. It was good for everyone. It is here where Griffith said the presence of special needs students changed the entire dynamic. Perhaps not so coincidentally, the state titles came after the doors were open – with Griffith holding the welcome sign – to both programs he coached.
As noted above, it went hand in hand.
“I guess it was only a little surprising because I saw the positive impact the students had in our classroom because by the time they began competing the kids knew one another. They did see strange faces when they came out for a sport, they saw a classmate and a friend,” said Griffith.
That is not the best part. The best part, he said, is what happened every single time a roster had one or more special needs students.
“The part that amazed me and made me happy to know end is the students understood their needs and looked out for them. They didn’t just accept the, the became mentors and helped them and as they did that you could see those mentors pushing their own boundaries for success because of it,” said Griffith. “They also gained some perspective and realized they’re not different. They realized that young man or woman was a kid just like them. It was a special thing to see.” 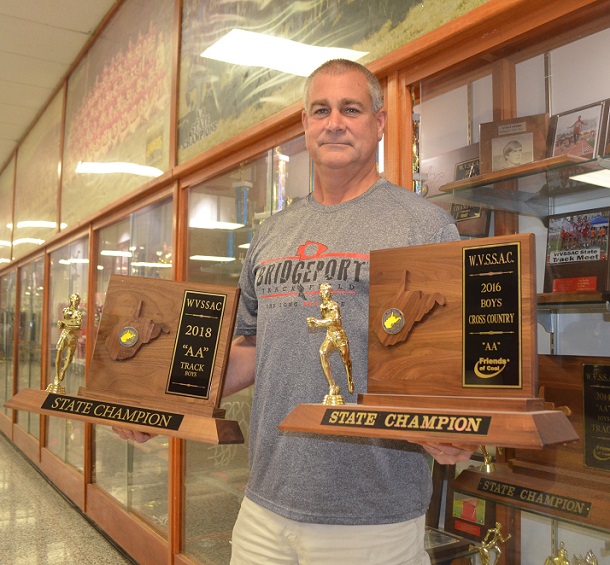 To that end, Griffith said the best part was earning a little bit of a reputation among some parents that if they had a child with special needs that he would take care of them. And he did. Ask Nathan Dye’s father Alan. Check with Eli Bailey’s mother Beth Fox. They will sing the praises of what the involvement did for their children.
“We not only wanted the kids to be part of the program, but we wanted the parents to be comfortable and feel good about it as well,” said Griffith. “We told them we would work with them and pay attention to them the same as everyone else, special needs or not, and it worked for everyone.
“Looking back, it truly was special to watch those kids succeed, and they succeeded without winning events,” he continued. “I still see Eli coming across that finish line smiling and he was a winner. There would be athletes from our school, other schools jogging with him and with Josh, and they would be happy. Back when Nathan Dye was on track, he would throw shot put, which doesn’t necessarily draw a crowd, but whenever he threw, there was always a crowd cheering him on.”
You going to miss that coach?
“Yeah, that’s something I’ll miss. There is nothing I can do or have done that will replace that feeling,” he said.
Not even a state title. And it makes perfect sense.
Editor's Note: Top photo shows Coach John Griffith with one of his all-time favorite cross country athletes Eli Bailey, while one of his favorite track athletes - Nathan Dye - is shown below.