By Jeff Toquinto on September 28, 2019 from ToquiNotes

Above the closed doors, the words are still etched in the stone above the massive pillars that have been in place for decades. It reads simply “The Union National Bank.”
Outside the building beyond that there is no evidence of Union National Bank in operation. For that matter, there is no evidence that Chase Bank was recently there. Signs were recently removed from a building and a piece of property that has served as a bank under various banners for more than a century.
Recently, on August 28 to be exact, the corner of Third and Main Street that was synonymous with a financial institution for Clarksburg, 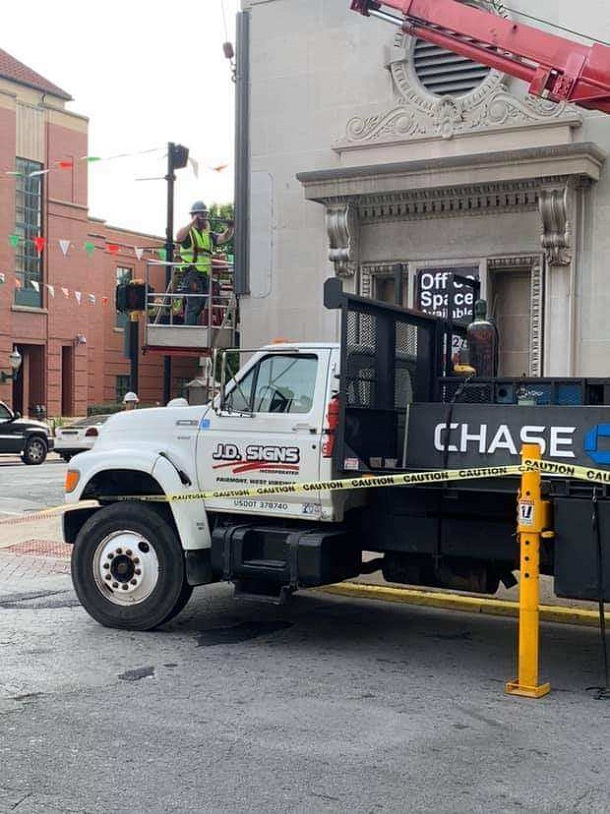 Harrison County and for decades all of West Virginia went silent. Chase Bank officially ceased operations on that date. Unlike the past, there was no bank coming behind to fill its place.
Before the standard juvenile social media antics begin, let’s curb them immediately. This isn’t about why the bank left that include a myriad of reasons from advanced technology to downtowns like Clarksburg nationwide no longer seeing foot traffic that they used to among others. This isn't about being happy that Bridgeport still has a branch in operation.
No, this is a look back at a building that had stood the test of time. Even though it still flourishes with many businesses on many floors, the building has been – and perhaps always will be – associated with a bank.
Its closing closed another chapter on part of my youth. Not because I banked there as a kid and only did briefly as an adult, but because it was a sure thing. It was as definite as going into just about any mall in America and finding a Sears.
Times, as Sears has shown us, change.
Yet, seeing a photo of the actual signs coming down not to long ago (shown here) my friend Johnny Joe Madia posted on social media was troubling. As I drove by the building recently heading to work, I wondered about the building’s past and if it was significant – or simply just another solid, long-standing financial institution.
In cases where history proceeds me, I have a few sources. On this one, I called my friend and Bridgeport High School alum Al Cox. Not only does Cox know a little bit about local history, but he certainly knows a lot about that bank.
Al Cox worked in that building for roughly 34.5 half years. When he retired, he was the vice president and branch manager for Chase Bank.
When asked about the bank’s past, Cox – who said he may not have it all 100 percent right – sounded pretty much on point.
Cox said from what he remembered; the bank opened as Union National Bank of Clarksburg in 1905 at the current location. It was inside t 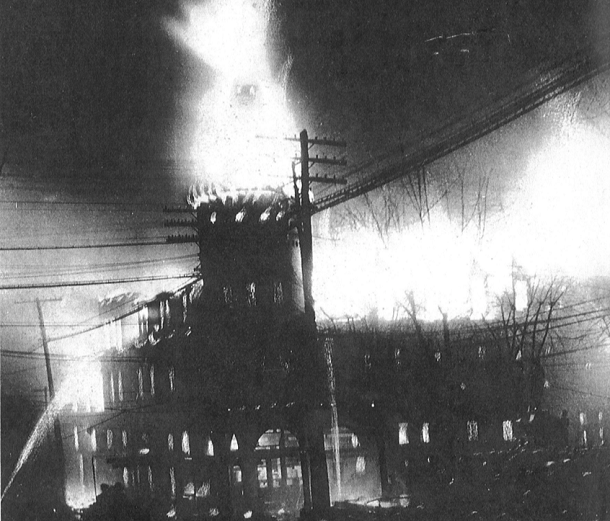 he former Traders Hotel area. Many may have heard about the hotel that housed a bank burning in a massive fire in 1911.
After the property burned down, the building that stands today was constructed between 1912 and 1914. And it did business there as Union National until 1982 when it became Bank One. Eventually, it was acquired in 2004 by JPMorgan Chase and became Chase Bank until the ultimate demise 15 years later.
“The bank has a storied past and a lot of history people don’t know about,” said Cox.
According to Cox, in the period of the early 1970s, it was more than just an independent bank. It was the third largest bank in deposits in West Virginia. It was at a time when branch banking wasn’t permitted, and you had banks like Union National or community banks. The bank in downtown Clarksburg was thriving because its downtown was thriving with large retail chains and many other massive businesses that, due in most cases to a change in how companies moved closer to interstates, eventually left. 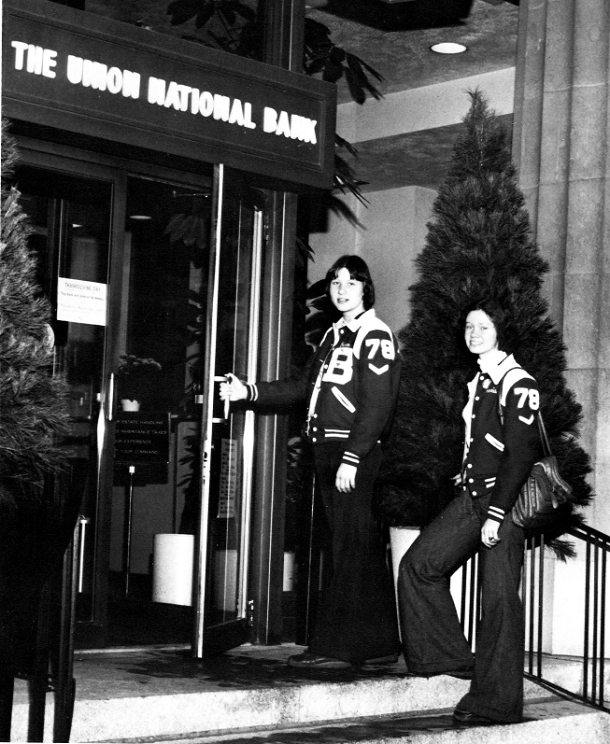 Cox said the bank was a leader in innovation. They were the first to do inter-state cash transactions with an ATM.
“We actually did those transactions with Mellon Bank in Pittsburgh through what was called Cashstream,” said Cox. “We were the first bank to put in a full-service ATM machine in West Virginia. This was at a time when leaving that location seemed like it would never happen because we were acquiring banks when I was there. That bank was actually larger than some holding companies.”
The bank was known for something else. In 1979, the top of the building had a massive sign placed atop the building. It gave the time and temperature, along with advertising its own brand and doing occasional advertising for others. The sign also would play host to special messages and could be seen as you entered Clarksburg from Bridgeport along Route 50 and was somewhat of a soothing thing to see for l would imagine many locals, including myself.
“That was put in during the Union National time and it was part of a lot of things done during my time there,” said Cox. “That was a landmark for anyone wanting to know the time and temperature and you realized how much people utilized it when it was turned off.”
The decision to scuttle the sign several years ago wasn’t about bank policy or even money. Rather after decades of use, repairing it was no longer an option. Parts were simply unavailable, and the old Union National sign was shut down years before the banking part of the building would be.
Eventually, the closing came. It came a month ago. I hope people appreciate how it served not just Clarksburg, but all of Harrison County and beyond. As Cox spelled out, the building proved to be innovating on the banking front with processes standard at nearly every bank in West Virginia today.
“It broke my heart after all the experiences myself and so many others had there,” said Cox, who also discussed how the bank was big on the charitable front for agencies such as United Way. “Some may have felt it was coming, but it doesn’t make it easier. The closing also doesn’t make it any less significant. That building and the banks within were important to the community.”
Editor's Note: Top photo, courtesy of John Joe Madia, shows the Chase Bank signs coming down on Sept. 12. Second photo the Trader's Hotel burning on Jan. 20, 1911 that housed a bank. The bottom photo shows BHS students Karen Klenk and Connie Newbrough entering the bank in 1978 in a yearbook advertisement, which is part of the giving to the community Al Cox discussed in the blog.