ToquiNotes: City's Most Important Figure in the Last 50 Years? He is Worthy of Bridgeport's Mount Rushmore

By Jeff Toquinto on November 20, 2021 from ToquiNotes

Bridgeport may actually have, by its standards, a down year in development. There is a chance the city will not hit $50 million in business activity this year.
Understand, practically every city in West Virginia would kill for that to be an “off year” number. Heck, there are few cities nationwide that are not next to a major metropolitan hub with a population in the rage of 8,000 that can claim numbers Bridgeport has produced for the 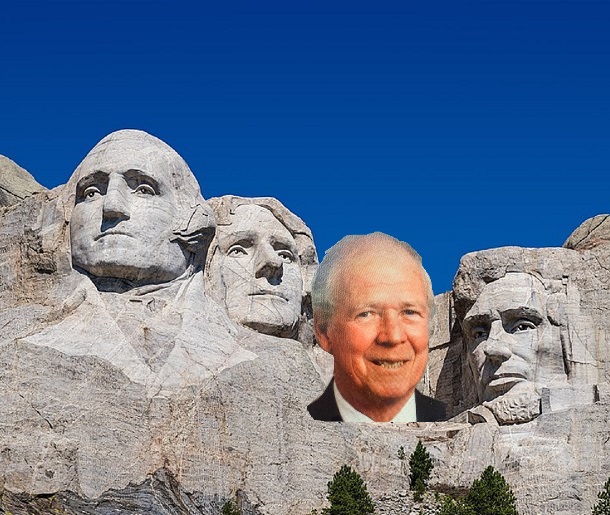 past few decades on the development front.
While some of it can be attributed to the city’s geographic location at the intersection of Interstate 79 and U.S. Route 50 with both running through large portions of the municipality, that is not the only reason. There are others.
Certainly, even the most critical among the city crowd, would have to give Bridgeport’s elected officials over the decades their due. As I have said before, government’s role is to provide an environment suitable for development and it would be hard to argue that is not the case.
Credit also has to go to the developers. Multiple massive and even smaller developments – and even re-developments – have sprung up over the years. As a standard rule, they are done right, and the result has been new business after new business locating in the city.
Yet, as I have watched this city grow at a continually amazing pace, I have to give credit where credit is due. Or at least where I believe it is due from my own time covering this city – and I’ve done it before. I’m not discounting what others have done, but my topic is on the 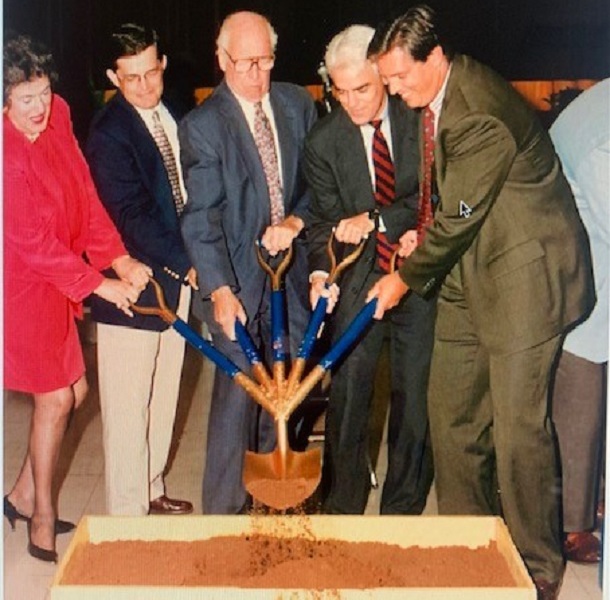 city’s Mount Rushmore of Bridgeport leaders over the last 50 years. I would imagine anyone prior to that would probably include Michael Benedum, but for purposes of this blog, I'll go back half a century.
About nine years ago, I wrote a blog on the late former Mayor Carl E. Furbee Jr. Nine years later, I am more convinced now what I wrote was on point and the reason I have Furbee as my first choice on the city's unofficial last 50 Years Mount Rushmore.
In that blog I called him the great visionary for how he set up Bridgeport for success. Oddly, at that time, I mentioned the city would eventually get to a point where the development would slow down just due to boundary restraints and other natural issues.
As it turns out, I may be wrong. The last nine years things have not slowed what Furbee set up with his foundation. A pandemic has not slowed it down. Heck, even my own pessimistic nature has done little to slow things down.
Make no bones, a lot of the massive growth in Bridgeport – primarily Charles Point and White Oaks – are happening because of the

foundation set by one Carl Furbee. When you throw in the new United Hospital Center, there has been more than a billion dollars worth of development in Bridgeport since his passing.
Although I can still hear the former mayor’s voice and look clearly in my mind’s eye and ear, it is hard to believe he has been gone for nearly a quarter of a century. He passed away in December of 1998, but his impact lives on a big way.
Furbee served as mayor on two different occasions. First from 1973 to 1975 and then again from 1989 to 1997. He ruled with a gentle touch and usually did so with a smile on his face, even when he had to do things that usually get folks mad.
I can see him ever so politely having to cut off a person in public forum who had rambled too long or simply repeated what had been said a dozen times already, and for whatever reason, that person would sit down – almost never offended. Maybe what he had learned working with the public all those years as a pharmacist at Furbee’s Pharmacy in dealing with the public was the proper learning ground on how to deal with the public in a government setting.
Whatever it was, it worked. And what he did during his 74 years on his planet that included several years that facilitated development along I-79’s corridor continues to work as well.
When it came to development, Carl Furbee understood one very important thing – development isn’t necessarily a sprint, it’s often a marathon. It was never more apparent than in the early 1990s when the City of Clarksburg and the City of Bridgeport were legitimately going at it with huge stakes involved in the form of the FBI’s Fingerprint Identification Center that was 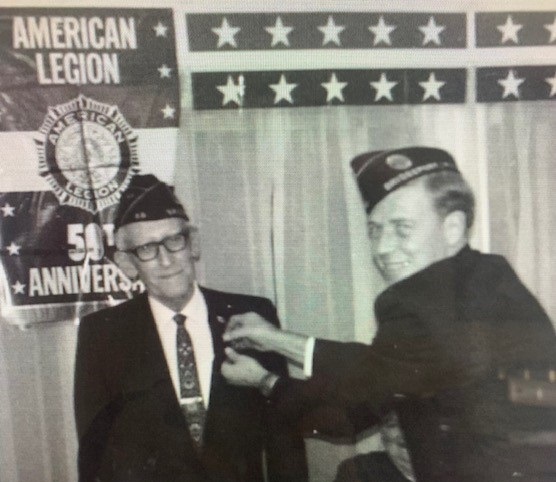 relocating from Washington, D.C. into Harrison County.
The property that now houses the FBI’s massive CJIS Division and 2,000-plus jobs wasn’t part of any city at the time. The FBI paid $3.5 million for the property, and it actually adjoined Bridgeport’s city limits. Clarksburg was more than eight miles away but had made moves to annex the FBI’s acreage.
It led to a showdown. With millions at stake in construction dollars from the new facility, thousands of jobs and even the possibility the FBI may take its center elsewhere, it became a national story. And for those who think I exaggerate the critical nature of the battle, understand that the New York Times just doesn’t cover municipal disputes in North Central West Virginia on a regular basis or any basis at all.
“The feeling in Bridgeport is that Clarksburg is infringing on our territorial integrity,” Furbee told the Times.
In the end, Clarksburg won the battle. They ended up with the FBI center. Because of that, they also ended up with the hefty B&O that 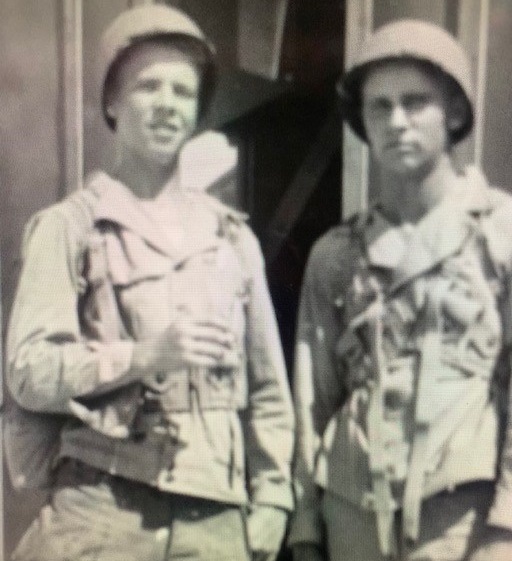 came from the construction. In typical Furbee fashion, he joined Clarksburg Mayor Jim Hunt and they officially “buried the hatchet.” It was typical Furbee because he actually brought a hatchet with him.
Here’s the thing: Because of Carl Furbee, Bridgeport ended up joining Clarksburg in the winner’s circle. The difference being was that Clarksburg’s victory in the situation was immediate. Bridgeport’s spoils from the win came years later and continue.
As part of the concession, Bridgeport began a process of annexing land by working with property owners around the FBI. You may recognize that property today as hosting places such as United Hospital Center, White Oaks, Charles Pointe, as well as the infrastructure all along Interstate 79 is a result of the vision of Carl E. Furbee Jr.
Furbee understood something else. He understood planning. And he knew that planning was useless unless you took the plan off the shelf and made it vibrant document. That line of thinking led to the city’s first-ever comprehensive plan, which serves as the guidebook for all development in Bridgeport.
To this day, the city still makes decisions that require Council approval for changing things spelled out in its comprehensive plan. That plan was created during Furbee’s time as mayor when Bridgeport’s first City Manager Harold Weiler took office. It is the blueprint, an actual blueprint that is updated about every five years, that guides all the development. 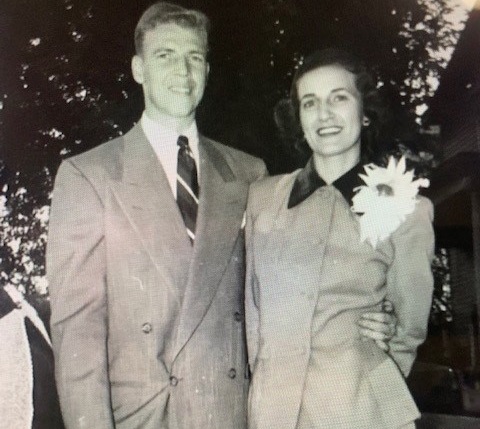 Former Community Development Director Randy Spellman told me years ago that Furbee had told him this: "Carl Furbee said to me a long time ago that he’d never live to see the major development that was coming, but that I would. He saw it all, and he was right about the development. He had a very clear vision about what planning could do to facilitate future development.”
That vision has been realized now for almost 25 years since his passing and was already going while still on this earth. Carl Furbee saw the future and he made Bridgeport a better place. Even more important, is Furbee did it all with a smile on his face and, more often than not, left those he was with having a smile on their face as well.
Nearly 25 years after his passing, Carl Furbee is still running a marathon and wearing Bridgeport’s colors. Like always, he’s out in front.
And now the ball is in your court. Who would you add to the Mount Rushmore (non-sports-related) for the City of Bridgeport in the last 50 years? It's all for fun, unless someone knows a mountain to carve busts into and has the funds to do it. That said, add your comments below. 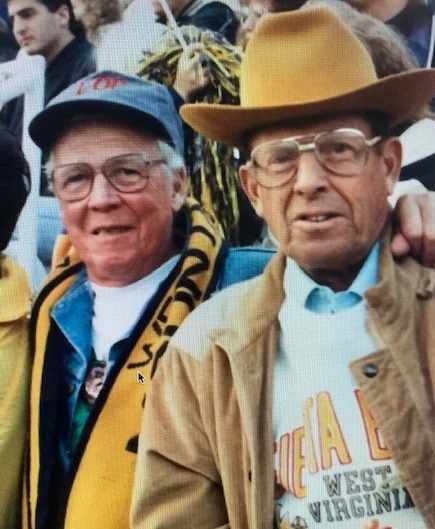 Editor's Note: Top photo illustration shows Carl Furbee as the blogger's choice on Bridgeport's past 50 years Mount Rushmore. Second photo shows Furbee, middle, with what Woody Thrasher (far right) says is a groundbreaking for the city's wastewater treatment plant. In the third photo, Furbee, third from the right, is doing some whitewater rafting with members of the Bridgeport Rotary Club. In the fourth photo, he is shown presenting his father with an American Legion award. He's shown, left, in New Guinea in World War II as a 17-year-old fresh out of BHS. In the next to the last picture, he's shown with his wife Elizabeth. And in the last photo, he is shown on the left with his friend John Diamond at the 1988 Fiesta Bowl. All of the family photos, including the head shot used in the photo illustration, of Carl Furbee were provided courtesy of Lisa Furbee Ford. We appreciate her sharing her family's history with Connect-Bridgeport.