ToquiNotes: Despite Second Surgery and Only Half a Kidney Left, Little Noah Haws Shows Warrior Spirit

By Jeff Toquinto on August 03, 2019 from ToquiNotes

It was in February of 2017 when we first introduced you to Noah Haws. He was six months old at the time and he was an inquisitive youngster like most his age.
He had doting parents, grandparents and a family and friend base that loved him. That, too, is similar to most kids at that age and it hasn’t changed a few years later. Even the fact he was born premature isn’t too alarming and is more common than some may thing. 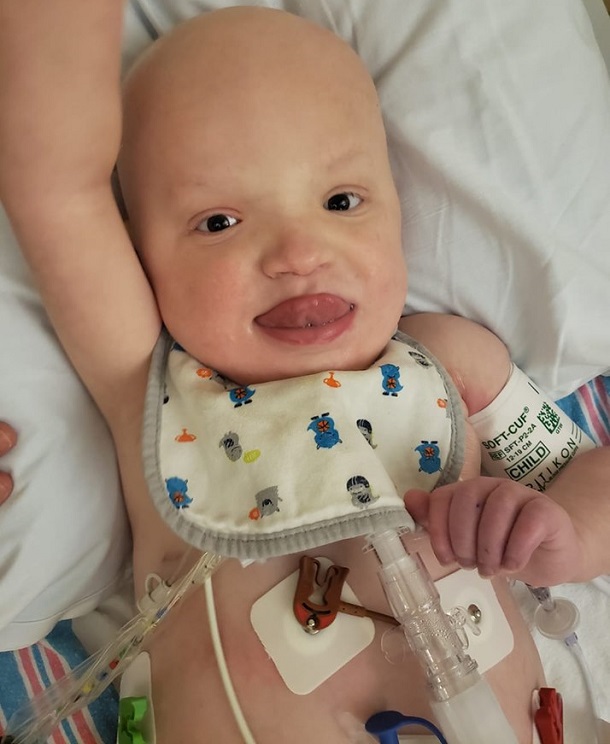 For those that remember, and for those reading about Noah Haws for the first time, there is one thing very different about him. As he struggled catching up unlike most premature deliveries, a decision was made to do an ultrasound on the child.
Noah’s father Ryan told me two and a half years ago they found precancerous masses on Noah’s right kidney as result of an ultrasound. The entire kidney was removed at the age of four months, but some issues still remained that led to a second ultrasound.
This time, on Noah’s one remaining kidney, more masses were found – 11 of them in fact. At that time, the decision was made to take Noah to the Children’s Hospital in Philadelphia where the decision was made for chemotherapy to save the remaining kidney.
The decision worked. Noah Haws, showing the spirit of a warrior, returned home. And things began to clear a bit for the family as the youngster is nearing his fourth birthday at the end of this month.
“We had the first surgery and since then he’s been home and doing well and progressing well for two years. Even with that, we knew because of his condition there’s always the possibility of a recurrence,” said Haws.
As a result of that, Haws said little Noah has an ultrasound every month and an MRI every three months. It was during one of those tests that doctors noticed something.
“It was in May they noticed a growth on his kidney during the scan. (The kidney cancer) had returned,” said Haws, who noted little Noah had to do another round of chemotherapy prior to surgery. “We ended up going back to Philadelphia in May and removed half of his remaining kidney. They felt like the got it out and our surgeon said it was a good thing we had him in there to get it out.” 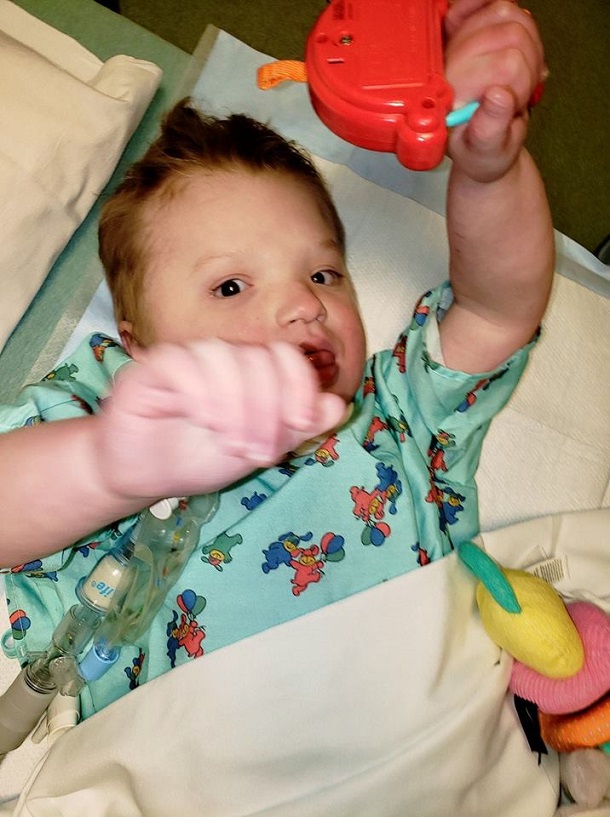 Unlike the last time Noah Haws had surgery and spent so much time away from his Bridgeport home, this time he was in Philadelphia for about a week. Ryan said the reason was that the surgeon “was fantastic” and despite it being a tough kind of surgery and even another surgery relating to scar tissue around his bowels (that did keep little Noah in the hospital for three weeks), the doctors have been pleased with the overall results.
“The good news was we were able to come home and be an entire family again,” said Haws, who has two older children, of the first surgery and finally being back home and getting into a groove again. “Being home is good therapy for all of us.”
The successful surgery and being home is the good news. The fact that was remains of his kidney is functioning well is good news. The rest of the news is concerning.
“He, right now, has one half of a kidney remaining,” said Haws. “The surgeon has told us if there’s a reoccurrence, we’ll have to talk options because there’s not enough left to withstand another surgery.”
One key is making it a little more than four years. Haws said kidneys grow until a child reaches the age of eight and it’s the growth that can lead to additional tumors as a result of the growth syndrome little Noah is also enduring. 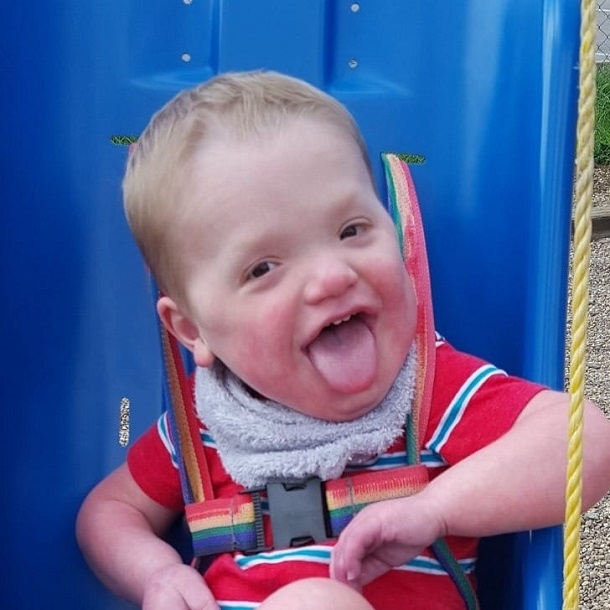 Yet in the face of such adversity, Ryan and Katie Haws – and I’m sure the rest of the family – remain positive. They remain upbeat and, remarkably, Ryan said Noah is pretty upbeat too.
“Noah is a real trooper. If he’s not feeling well it shows. Otherwise, he’s pretty happy go lucky,” said Haws. “I guess the downside is that as a family we’re immune to the idea of surgery because we’re used to it and we take each one as we go. The upside to that is we live life knowing whatever issue comes up we’ll face it. We keep living life.”
That life, said Ryan, has been enhanced by the Bridgeport community. It’s been enhanced by those beyond the municipal borders and even the state’s borders.
“This certainly has brought our entire family together and that’s a blessing, but another blessing is we know people are praying for him. We know people we don’t know are praying for him and all 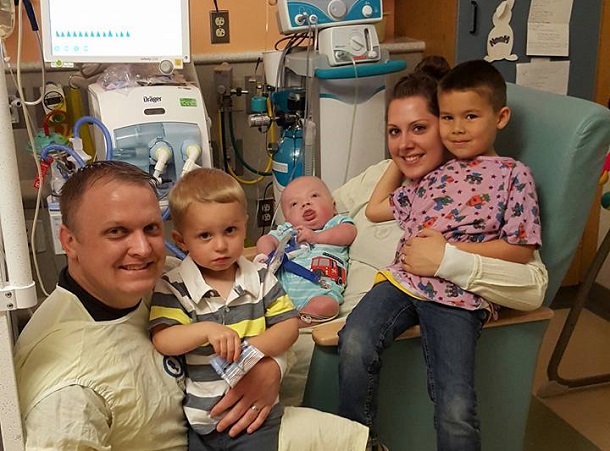 of that means the world to us,” said Haws. “It’s something that helps put a smile on your face knowing someone in another part of the country you’ve never met that may be a friend of the friend or a friend of a friend of the family takes the time to pray for Noah. Trust me, that helps.”
It helps Ryan and Katie Haws and the rest of the family go back to being a family. They do walks regularly with Noah, take him to parks including a recent trip to the VA in Clarksburg and a recent church picnic along with regular trips to Church each week.
“The beauty with Noah is every day it seems like everything is new to him and it makes him happy. Absolutely, we see Noah as our blessing,” said Haws. “Our lives are different as a result, but it’s a new normal and we’re fine with that.
“To watch him be happy to be alive and see joy in looking at the trees and the cloud and feeling the wind, it’s hard to be down,” he continued. “He’s helped us in so many ways. He allows us to appreciate our own health and things in life we may have taken for granted. He’s definitely a blessing.”
Editor's Note: Top photo is of the most recent of Noah Haws after treatments and a second major surgery on his one remaining kidney, while the second photo is prior to his most recent medical episode. In the third photo, little Noah remains positive and upbeat as he battles on. Below is a 2016 photo of Ryan and Katie Haws with their family. All photos courtesy of the Adventures of Noah Haws Facebook page.