ToquiNotes: How COVID Closed One Local Business and Kind Gesture that Kept it Open for a Short Time

By Jeff Toquinto on January 23, 2021 from ToquiNotes

It was more than a year ago, in October of 2019 to be exact, when I was able to write the story of a city resident taking the leap of faith by taking over and running a small business. Although I am always impressed by anyone willing to be brave enough to take the risk, this one was personal.
Let me be clear, it was not personal in that I was related to the business owner. I did not have a financial interest in the business.
I had an interest in the business product. Bridgeport’s Shawna Murphy was taking over the former Bake n’ Memories and opening Baking 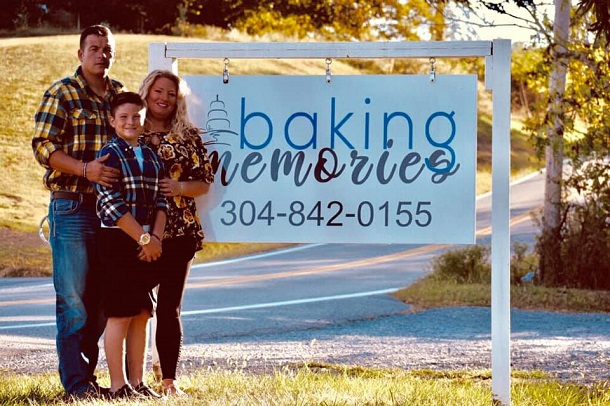 Memories just off Meadowbrook Road near the Simpson Creek Covered Bridge.
My interest was in the cupcakes. I was addicted to them. And up until about six months ago when I cut way back on sweets and way back on going out due to the pandemic if I could get one – or six – I would.
Needless to say, I was crushed on two fronts when my friend John Minnocci informed me the business had shut down. First, if the sweet craving came up again, I would not be able to satisfy it. And second, a person I have casually gotten to know that had the courage to give a business try a go had to close shop.
I talked with Shawna Murphy this past week. We talked about the business, about baseball, about mutual friends, about the struggles and difficulties of shutting down (that part we will get to here shortly), and we talked about some good things.
Before we get to the part of how COVID-19 is still creating havoc on small business in ways I did not even fathom, Murphy told me a story that she thought was important. It involved a goodwill gesture by someone not even knowing the impact they had made.
Local resident Tim McNally, who Murphy said was often a regular as an employee at the FBI, provided one of the best moments.
“When COVID first hit, I immediately lost all of my business,” said Murphy. “People were scared. Birthday parties, or any type of party, was canceled because of the apprehension and I ended up laying everyone off. It was so difficult.
“I tried to work through it and I’m sure Tim (who attended Bridgeport High School) had no idea about my situation, but he and his co-workers decided to help out a small business,” Murphy continued. “He asked everyone in his unit at the FBI to buy a boxed lunch to donate it, I believe to the hospital. He was doing a good gesture to help others, but he had no idea of my situation.”
There was no way he could have known. But his good deed was helping out more than just the individuals he was donating lunches to.
“It was a big order and enough to help me at a time early in the pandemic to get me through and keep me going. The impact, wow, he just had no idea and I totally broke down,” she said. “That’s one of the nicest memories because his good deed to help others helped another person he had no idea he was helping.”
In the end, there just was not enough help out there. Ironically, the FBI was one of her biggest group of regulars that would swing by. She said many would stop in on the way to or from work on a regular basis. When many began to work from home or other arrangements were made, the bulk of those visits ended.
As for other orders, some remained, but they were downsized. Even while some tried to continue things that seemed normal, it was not totally normal. And businesses, many that myself or others probably did not think about were impacted in ways we probably did not think about.
“There were a lot of weddings canceled, but the biggest thing was weddings that took place were being downsized, usually by 50 percent or more,” said Murphy. “If the bride had 300 people you were baking for, now you’re down to 150 or maybe 50. I know I started doing a lot of small cakes and a lot of really small orders.
“This isn’t anyone’s fault, but I understood when orders were canceled because of COVID. I understood when families that had regular summer gatherings didn’t order this summer because of COVID,” she continued. “Then, when the holidays rolled around the orders just weren’t there and during times from Halloween to Christmas, a time I should be really busy, I wasn’t. The impact of COVID was huge, and too much to overcome.”
Now, the business is closed. And the equipment – and there is plenty of it – is up for auction. Bridgeport-based Kaufman Realty is auctioning off the commercial baking equipment through that latter part of January. You can find the auction by clicking HERE. And if you have any questions about placing a bid, you can call Kaufmann at 855-607-4111.
Murphy said she will be fine. The family is putting their extra time and energy toward youth sports with the kids. At the same time, she is thankful for the opportunity of running her own business and creating a lot of pleasant memories – pun partially intended – along the way.
“I know there were a lot of people that supported what we did. There was support from the local community, local businesses and groups like the football team, which was a lot of fun,” she said. “The community used me when they could and wanted to see us succeed. I’ve struggled with this, but this is perhaps a universal nudge to move on; perhaps do something else.”
The nudge should not come with any shame. Murphy took a risk most do not have the courage to take. For that, and her cooking (particularly the best cupcakes on the planet), she deserves our respect.
Editor's Note: Photo from the 2019 opening story shows Shawna Murphy with her husband Robert and son Dayne. Photo courtesy of Shawna Murphy.