ToquiNotes: Just Like Their Dads, Skidmore, Goodwin Working Together in Social Media at Ripe Age of 20

They have been friends most of their lives even if they have not been lifelong best friends.
AJ Goodwin and Corey Skidmore did grow up around one another. With Goodwin frequenting the Maple Lake area of Skidmore’s residence, with the two actively competing in Jerry West, and with their fathers being extremely close, they have been in one another’s lives for quite a while.
AJ’s father Wayne and Corey’s father, the late Heath Skidmore, actually shared a claims office working for Nationwide. In fact, the fathers 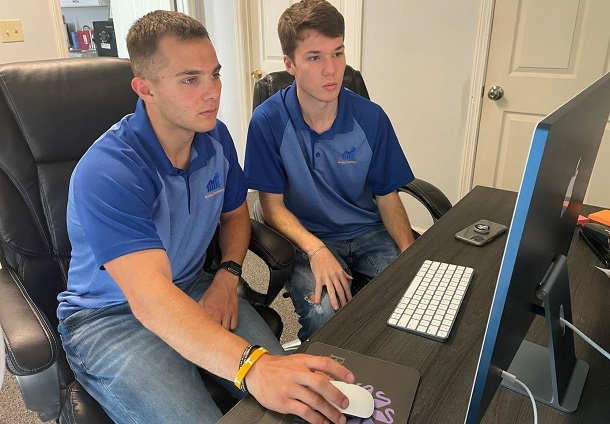 were sharing the office when both boys were born.
That relationship grew as they got older. Although Goodwin was a year ahead of Skidmore in school, they spent time together, played some sports together, and eventually got closer.
Among the last acts Goodwin did as a senior at BHS may have set the stage for what these two BHS alums are doing now. Goodwin was the unofficial head of the student cheering sections and that involved managing the student Twitter account - @Bport­­_PIT. Or known to most as The Pit.
“That was one of the things I remember as a senior was passing down the Twitter account to Corey,” said Goodwin. “That was considered a big deal.”
As it turns out, it may have been the first social media interaction of significance between the two. And as it turns out, it has not been the last.
Nearly a year ago, Skidmore and Goodwin officially teamed up to create a social media business – Media Maniacs. They work with businesses of all sizes and handle issues and posting involving Facebook, Twitter, LinkedIn, Google ads and more. They are also 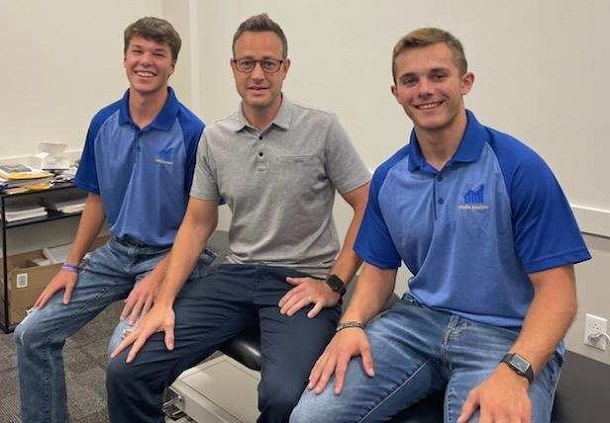 beginning to get into Web site development with the goal to generate calls and interest to businesses that in turn generates money, while taking away the stress that sometimes comes with maintaining a social media presence.
“We work with all businesses and we’re flexible in how we do business as we've grown. We’ve added to what we do and offer a number of services and packages,” said Goodwin. “We build everything around a social media strategy that assists the business or group we’re working with.”
Not bad for a pair of young men who just recently graduated from Bridgeport High – AJ in 2019 and Corey in 2020. Both young men are just 20 years old.
How it got started could be considered a fluke, but it is a good one, nonetheless. Skidmore was hanging out with Nate Paulsen who was at an appointment at Revitalize Health Spa. While there, spa co-owner Joseph Oliverio inquired with Skidmore about running social media knowing he understood marketing and sales.
“He asked me to do that, then I got involved with Rejuvenation Med Spa,” said Skidmore. “It started out with that and then it just grew.”
Oliverio, along with Tim Peasak and David Peasak’s early trust in letting them oversee the social media portion of their business got things 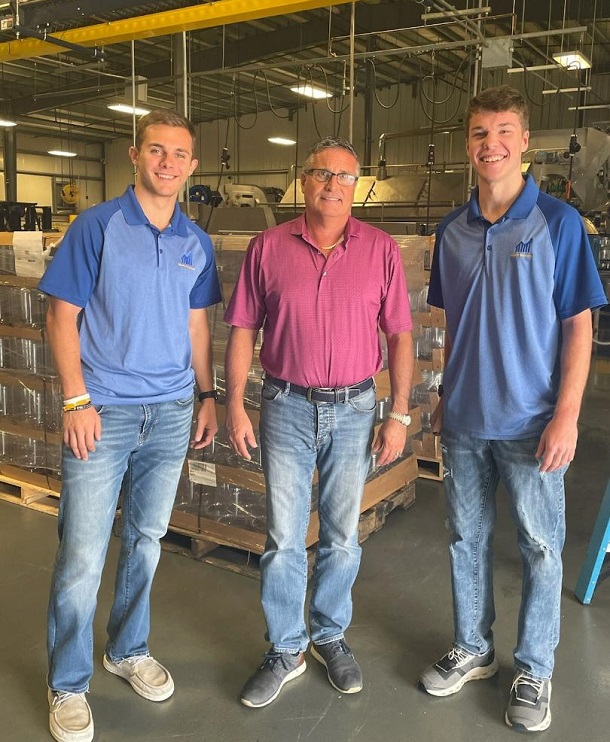 rolling. Then, with Skidmore knowing Goodwin was involved with marketing in college and overseeing some level of social media at his job, he checked to see about a partnership. From their it blossomed, but they needed at least one more big client.
And they found one right in the heart of the city they grew up in.
“This really took off in August of 2021 when Jack Spatafore (of Bridgeport Physical Therapy) hired us as our first official client after the others helped us get it off the ground,” said Goodwin. “They gave us a shot and they’re reputable businessmen running reputable businesses and bringing them up as clients has helped us grow.”
They have multiple businesses, including several involving the first group of the Peasak’s and Oliverio from those mentioned to also Bridgeport Express Care and Asert Safety. Mark Oliverio and Oliverio Peppers are on board as is RDR Ready Mix where they are working through Doug Harvey.
Both Skidmore and Goodwin emphasized how appreciative they are of those individuals, and others, that have given them a green light. And it is not just businesses, as Medbrook Children’s Charity and the Bridgeport Challenger League and the Humble Heroes organization utilize their services.
At roughly a year into it, these two not legally old enough to drink BHS alums are more than getting their feet wet in the business world. Even better, they are enjoying it.
“I enjoy learning things about the businesses. It helps me as a person because I’m making connections and meeting people of every walk of life,” Skidmore said. “What I have found is no matter what, they all have one thing in common, and that’s trying to make their business better. In that sense, we all speak the same language.”
Goodwin, who said the group uses the #growtogether on much of their work material, echoed a lot of those comments.
“I’ve enjoyed meeting new businesses and new people who not only are helping grow the business, but our own careers,” said Goodwin. “When you see what you’re doing work and the people you’re doing it for appreciate it, it’s a great feeling.”
For those that know these two and want to find out more, you can give them a call. And if do not know them but would like to learn more about them and Media Maniacs, call 304-838-3554.
They not only come from great families, but they also come with a magnificent work attitude. Not bad for a couple of 20-year-olds with a local business about to turn one year old.
Click HERE to visit their Web site.
Editor's Note: Top photo shows Corey Skidmore, left, and AJ Goodwin working out social media strategy for a client, while they're shown with one of their initial key clients, Jack Spatafore of Bridgeport Physical Therapy in the middle, in the second photo. Below, Mark Oliverio of Oliverio Peppers, middle, is shown with the two at the Clarksburg plant of operations.