By Jeff Toquinto on January 18, 2020 from ToquiNotes

Hello. My name is Jeff Toquinto, and I battle depression.
Before I go further with what may seem is a very personal blog, let me state unequivocally this is not a call for help. This is not a sympathy grab. It is not an attempt to draw attention to myself over anyone else.
And before I go further, I’m no expert on matters of depression or psychiatry. What I write here are my own experiences and thoughts. Do with them what you will.
It’s simply me stating who I am and what I’ve dealt with most of my life. My family is keenly aware of it. My close friends are too, and many friends who aren’t on my speed dial are likely aware. 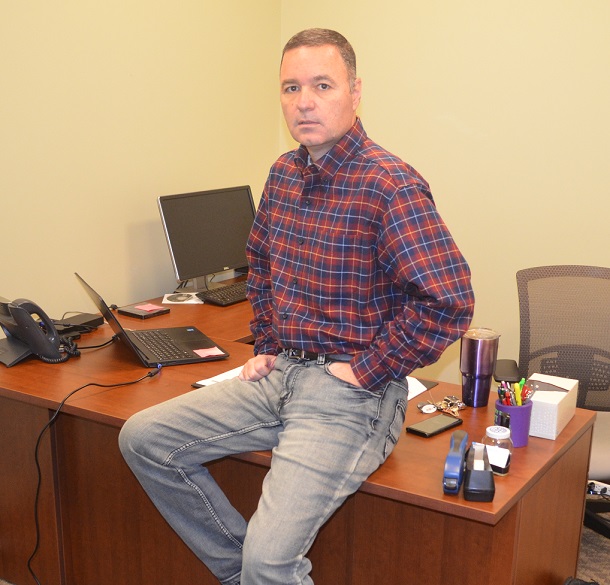 I’m also stating this because I’ve watched now, for decades, tragedy and turmoil as the result of those who battle depression and anxiety. The outcomes are shattered lives, physical breakdowns, addiction, broken families, mental anguish and on far too many occasions death. There are more outcomes; many more. Truth be told, there are many positive outcomes as well.
If you’re surprised I battle these issues, please don’t be surprised. If you’re surprised the next time you see me there’s a good chance I’ll be smiling and pleasant after reading this, don’t be. It doesn’t mean I’m not happy, but at times it’s a façade to get through the day. Understand, most times, it’s not a façade. The real thing is most have no idea the difference.
Depression doesn’t come with a scarlet letter. There aren’t always warning signs detectable by others, while other times – even in my own life – changes brought on by depression were physically noted in weight gain, weight loss, skin rashes and other manifestations. One time during depression I walked hunched over for months – no idea why, but I did. My explanation – my back was hurting so no one knew and I didn't have to explain the battle raging in my mind and the fear of going to sleep to have to deal with a sleepless night or an anxiety-filled morning.
Therein, for so many like me, is the issue. They hide their depression and it doesn’t necessarily manifest itself in a manner that can be detected by anyone – even those closest to them. They battle it alone in a darkness of a mind running wildly to places seeming incomprehensible when rational thought can be acquired.
The outcome from those I openly discuss this with varies person to person.
For me, the issue is sleep. It’s a real issue. A serious issue that creates many physical ones beyond exhaustion. It’s the one that often gives it away to my family and friends that I’m struggling 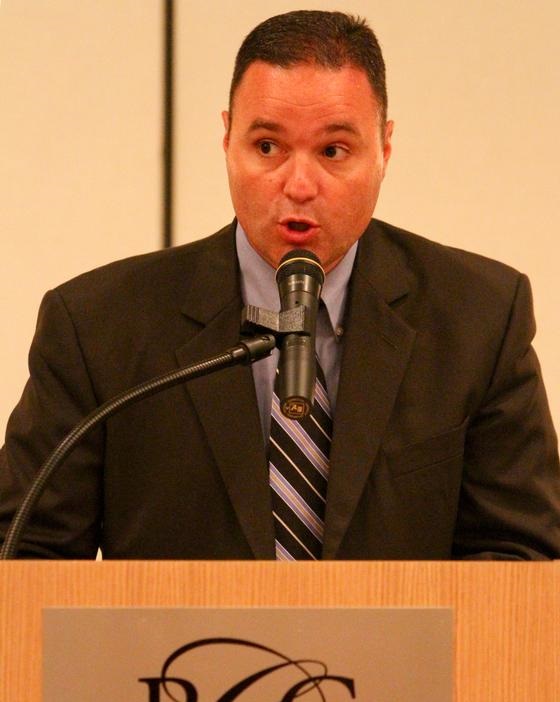 as heavy eyes swollen from a constant battle to stay closed for any amount of time is waged.
It’s a nightly battle.
I lay awake and think of how much time I can sleep if I fall asleep at that moment. My mind races: wondering about every decision I’ve made and the consequences of those decisions – and that’s the tip of the things being thought about. Even worse, my mind takes me to scenarios that not only are not feasible, but not part of any original thought narrative.
It’s a daily trap. It’s one even when I sleep on the rare deep occasions my mind wanders into dreams of ridiculous folly and peril. I wake up knowing the dreams are ridiculous. The anxiety created by those same ridiculous dreams, unfortunately, are real. It’s almost as if I’m punished for getting into a rare moment of deep sleep.
At times, my mind races durinig the day. Working or finding something to do often cures it. Other times, it leaves me paralyzed to a reality that's hard for others to comprehend.
That’s part of my struggle. It pales in comparison to what others deal with, but I must remember it’s my struggle. If you think your issues creating depression and anxiety aren’t worth seeking help for because others have it worse, remember your issues are your issues and qualifiers on others won’t solve them.
Talking about my issues when they are at their worst, either with professionals or my family and friends, has been a saving grace in my life. Those phone calls, those visits, those checking in moments where I’ve buried myself under blankets in a fetal position or simply felt like hiding from the world staring blankly are my salvation.
Those individuals know who they are. They are still doing it to this day, at this moment. Thanks to them, I have never let the idea of suicide enter my mind and can still attempt to be social despite my mind’s battle with me.
I’m thankful for that because as noted I’ve hit bottom mentally before multiple times. Often bottom arrives after weeks and sometimes months of a mind that won’t quit racing and a body that simply can’t sleep.
How many can say it’s been perhaps a decade since they last took a nap? How many can remember the one day in the last five-plus years that an alarm clock woke them (30 minutes after falling asleep for a 3 a.m. wake up to get to an international flight). How many go on trips (I know I am blessed) to watch every single member of your traveling group sleep in the car, the airport terminal and on the 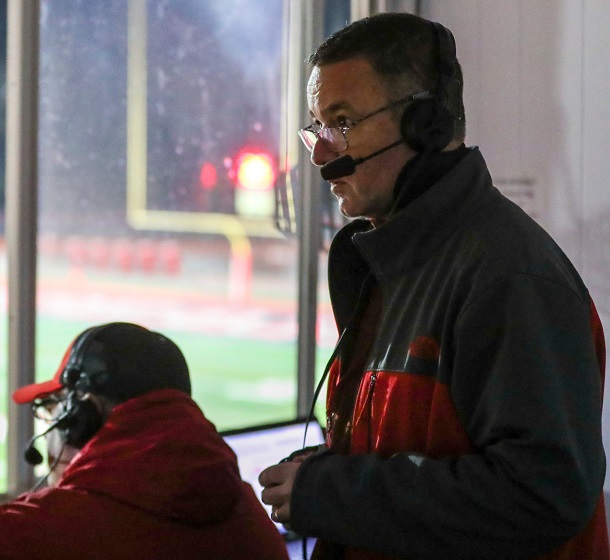 airplane while you can’t force a single second of sleep?
That’s me. It’s my depression and anxiety demon. For years I thought it was only me. I'm not alone.
For those who have home sleep remedies, I’ve tried them. For those about to suggest sleep and depression medicines – prescribed and natural – please know I’ve tried them.  I’m not asking for help. I’m asking for those in my shoes who hide it to come out and seek help. I’m wanting them to know they are certainly not even close to being alone.
I stopped hiding my depression issues and ongoing battles from it probably a decade or so ago. I realized after years of therapy and running into “normal” friends in the therapy waiting room – many begging me not to tell them I saw them there (and I haven’t) – that there are a whole lot of people out there like me; that are like us. I’ve seen some of society’s most successful and seemingly happy people waiting for a turn to battle their depression with the help of a professional in that waiting room where I get help.
Understand, I don’t greet people when I meet them or start off conversations with friends and strangers like I did this blog. Rather, if a situation presents itself where depression and anxiety may be an issue with someone I’m dealing with or a loved one of someone I’m dealing with, I inject my own issues hoping I can help.
Honestly, it’s been therapy as good anything I’ve ever paid for or attended. That’s no slam on past and current professionals who have 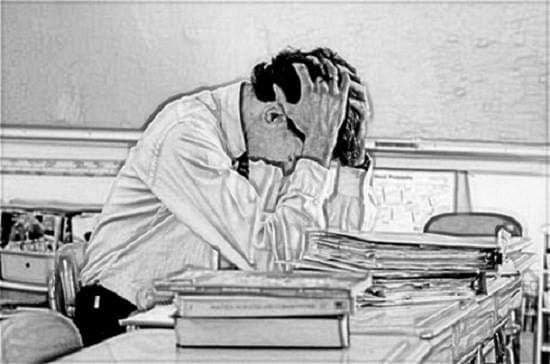 guided me – far from it. Yet, being able to point others toward medical professionals or at least have them open up and talk has resulted in some of my closest friends as well as some they love getting help or finding their way out of the depressing engulfing them.
It’s about getting help. I know there is a mindset by many that depression and anxiety is simply a weakness that requires one to pull themselves up by their bootstraps. Sometimes I’ve done just that. Usually, I need help through professionals or the compassionate ear of a friend.
Depression is not a weakness because it requires help. I’m not afraid to ask for help because it’s a disease. You shouldn’t be afraid or ashamed to seek help either.
Part of me bringing this up is because of continually being questioned about a substantial weight loss I’ve experienced in recent months. I wish it was exercise and a healthy diet responsible for it. It’s not.
The bigger part of openly discussing depression is that there’s soon to be a national 988 mental health line going into place for people in crisis. It’s long overdue. And it’s something I hope those still struggling alone in the shadows of depression will utilize.
It’s there. Your friends and family are there. There are local professionals too that your own physician can guide you to.
Don’t be afraid to do so because you have value and your issues are real. Remember, too, you’re far from being alone.
My name is Jeff Toquinto. And I’m a lot like plenty of you.
Editor's Note: Top photo is at work this week, while that's me several years ago serving as emcee of the Benedum Fellows banquet and third is me at a football game this year working with Travis Jones and Chris George. Bottom illustration is a position I've found mysef in far too often. Second and third  photos by www.benqueenphotography.com.