By Jeff Toquinto on September 24, 2022 from ToquiNotes

It may have been a chain. It may not.
It may have been open for longer than a decade. It may not have been.
It may have started as a sole proprietorship. It may have started as something else.
When you get right down to what I am talking about this week, those things do not matter in the grand scheme of things. What matters is that Bridgeport in general, and the Meadowbrook Mall in particular, was once home to a restaurant in its food court that served an item that almost certainly was guaranteed to fill you up.
It was not a pizza, a steak sandwich, or a giant cheeseburger. No, this food item was generally – and still is in most cases – considered a side dish. 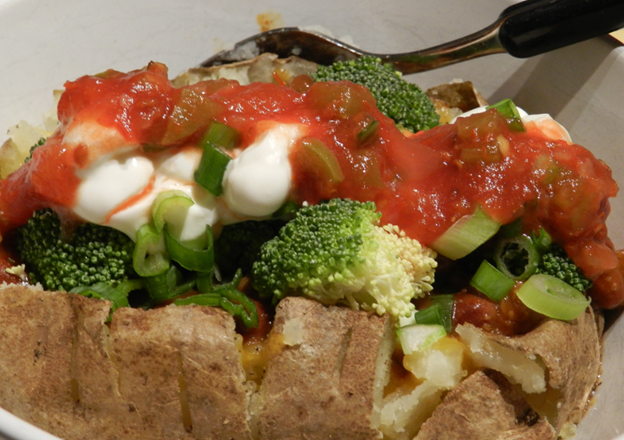 Back in the 1980s and 1990s in the Meadowbrook Mall, the food court offered an item that was the main attraction. For those that remember, they know very well that Tater Junction was no joke when it came to the main item on its menu – the baked potato (along with other potato-based products).
My memory is fuzzy on the matter, other than I know most of the baked potatoes were about the size of a brick. They were not just big, they were BIG.
The only unfortunate thing about this trip down memory lane is that there is not much history relating to the establishment. In fact, a long-winding road through Google offered almost nothing as to whether it was a chain, or just a local establishment.
I did find a 1979 New York Times article on the potato and fast food and it mentioned “Tater Junction” was an Atlanta-based franchise that had 11 units in eight states and another 13 units under construction, primarily in shopping malls, back in 1979.
The only issue with that was the Google search shows a few other “Tater Junctions,” which appear to be local establishments or ones locally owned and operated or regional at best.
Bridgeport’s Finance Department provided some help. According to their records, Tater Junction was open from Jan. 1, 1987, to Oct. 31, 1998.
The West Virginia Secretary of State’s Office has a similar listing, but only being in business with a filing date of Jan. 27, 1999, and a termination date of August 1, 2002.
The discrepancy? It could have been a sole proprietorship prior to 1999, which would not have required to file for a state business license. However, it does not account for the dates not lining up at all. The termination came after the business, which according to the SOS’s office became a business in 1999, did not file a single annual report that is required and led to the eventual termination date. 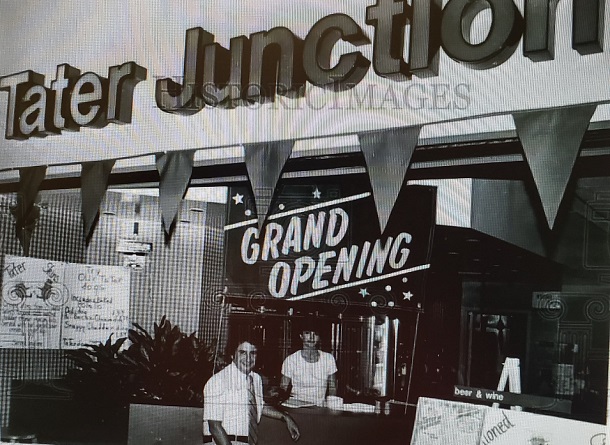 Regardless, I can remember my love of baked potatoes became crazily enhanced. You could choose from the menu of make your own. I honestly can’t remember if I made my own or if it was a menu item, but my standard was a football-sized potato filled with butter, sour cream, cheese, bacon, and broccoli because, well, I needed something healthy in there.
There was a point for a few years that I would get a baked potato from there a couple of times a month. They were that good and, as stated before, a complete meal.
There is also no photographs available of the business locally or elsewhere online or my usual trusty go-to resource – old Bridgeport High School yearbooks. The only one I found, which I took a picture of from the screen of my computer, is one covered in watermarks for sale of a Tater Junction that was not at the Meadowbrook Mall.
To be honest, I am not even certain that it is the same brand. What I am fairly confident of is that the signage looks very familiar.
What I am 100 percent confident of is that the combination of massive baked potato and quality baked potato may never be reached to this level again. I have had more than my share of the spuds since the final one at the mall’s food court, many outstanding, but nothing to match up.
Perhaps someone knows more about this than yours truly was able to recall or discover. Perhaps I have a lot of this wrong.
Know this, if there is a Tater Junction out there or has information regarding how to get some of those tasty spuds, bring the potatoes or information by my office. I will be honored to eat my words just as much as I would be thrilled to eat another Tater Junction baked potato.