ToquiNotes: New JES Traffic Pattern on Way and Why Potential Morning Delays are Reason to Give Thanks

By Jeff Toquinto on August 10, 2019 from ToquiNotes

Let me preface this blog by stating the obvious for me and for many others. I hate traffic.
I mean I really hate traffic. So much so that I’ll drive 20 minutes to avoid waiting 10 minutes and I’ve been that way for as long as I can remember.
I’m stating that as another year of school is set to begin. Already, I’m certain there’s angst among some parents having to drop students off at the triple school complex along Johnson Avenue that became a bit more problematic with traffic pattern and drop off changes at the new Johnson Elementary School. 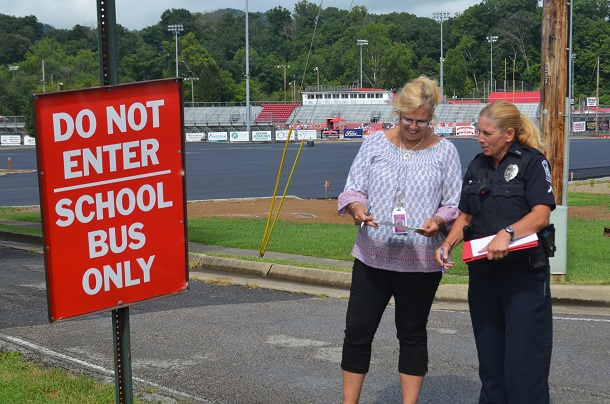 I’m certain there are folks along some of the side streets that aren’t looking forward to it as well. Last year, in particular, there were headaches that were tempered the best that could be tempered although I’m certain many believe there is a better mousetrap for the morning delays.
Here’s the news, then, that you may or may not want to hear. There’s going to be a new traffic pattern as it relates to Johnson Elementary School from student drop off, to the bus loop and the addition of the new 170-plus space parking lot.
At the bottom of this blog you’re going to find a map breaking down the new traffic pattern. You’ll also find information prepared by JES Principal Vicki Huffman as well.
Basically, there’s going to be traffic changes. And that could, initially, result in some additional traffic as everyone gets used to it.
“Things will change on the traffic front for the third year in a row,” said Bridgeport Police Resource Officer for the schools Jamie Hamrick. “I hope people will bear with us. This is still a work in progress because we’ve built a new school, tore a school down and added a parking 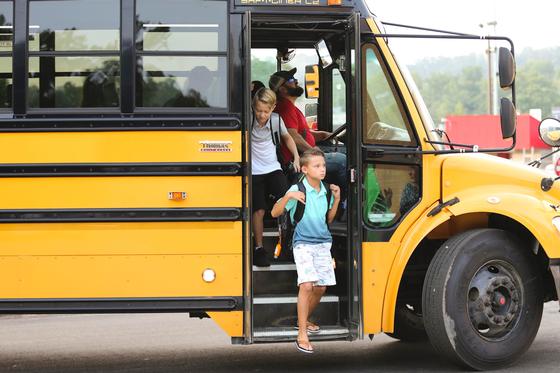 lot. We’re hopeful this is the last traffic change.”
Huffman echoed that.
“This should be the last change, but we’re known to tweak things to make it better,” said Huffman. “Understand, when we make changes it’s always in the best interest of the students and not necessarily in the best interest of adults worried about traffic.”
Here’s the thing for my friends and those who may not know me (or those who do and aren’t a fan), the traffic is actually a good thing. And before going further, the situation as it currently exists would be a good thing if there was no traffic.
The traffic experienced most mornings along Johnson Avenue and even up on to Philadelphia Avenue is the result of having three schools all together right smack in the middle of the community. Friends that is a huge blessing for the entire community and when you consider Simpson Elementary a few blocks away is also in the heart of the city it’s even better.
Ask around. See how many other communities would like to have their entire – or even most – of their educational presence in the heart of where they live. It’s an advantage on every front possible and to the best of my knowledge Bridgeport’s school system is an anomaly for the most part in Harrison County and even statewide. 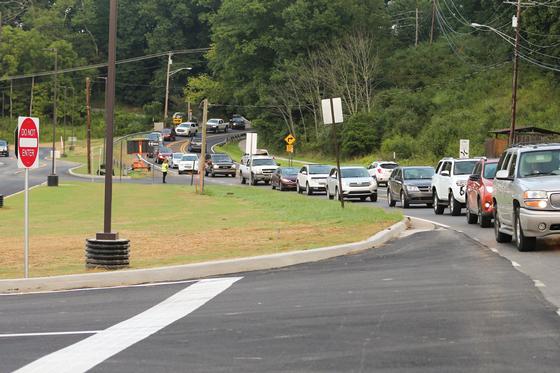 You know what else is an advantage? Think how blessed it is that so many parents have the option to be able to take their children to school. They either have a flexible work schedule or have the ability to be a stay-at-home parent that facilitates that.
While this happens everywhere, it doesn’t lessen the fact folks should count it as a blessing. That, and the fact that more high school students than ever drive to school.
Think about your own days in high school. I remember mine. If you were lucky enough to find a friend that had a vehicle and one that ran, you piled in and gave a little bit of gas money to get a ride to school. By today’s standards, you wouldn’t necessarily be abiding by the rules as we often had five or six piled into small cars.
Today, a whole lot of students are solo drivers. That wasn’t always the case. 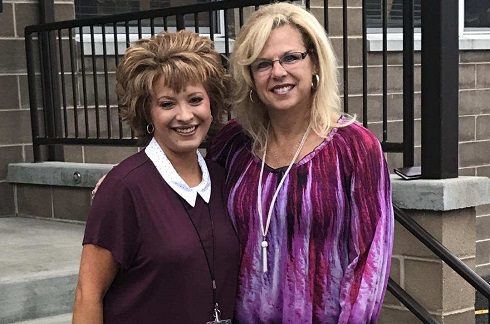 “I graduated from Bridgeport back in 1988 and we definitely piled into someone’s car most mornings,” said Hamrick. “I guess by now the statute of limitations is up regarding the number of people I told my mother was going to be in the car versus the actual number that were piled in.
“What’s also a difference is that we had room to spare in the parking lot,” she continued. “Traffic wasn’t as bad because we didn’t have the middle school there and a whole lot of people rode the busses.”
Although not in Bridgeport, Huffman experienced the same thing. Growing up in the South Harrison area, a trip to school not on the bus was more the exception than the rule.
“There just weren’t that many people driving even though we were able to drive. Usually I drove and we carpooled with multiple people,” said Huffman. “It was a little different scenario back then in South Harrison 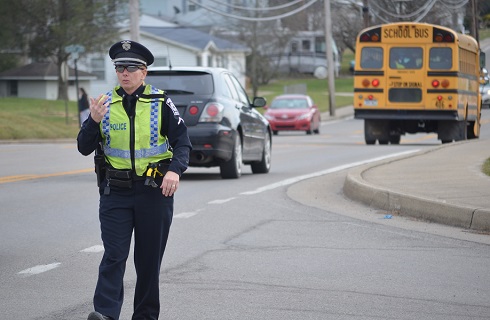 because there weren’t a lot of kids driving and we had a really big parking lot.”
While I understand times change, there’s some good reasons leading up to that traffic. When you’re sitting there fuming, think about it for a second. And think about those trying to make your commute as smooth as possible.
“I think most people understand things would get a little more intense; it was inevitable with the construction,” said Hamrick. “You do always have a few that don’t understand and a handful that try to circumvent the rules. Fortunately, not a lot fall into that category.”
Huffman agreed.
“Most people driving understand the situation and we’re urging patience as everyone gets used to a new system once again,” said Huffman. “Hopefully, with the new parking spaces, things will end up working out better. Time will tell.”
Click HERE for the map showing the parking and traffic flow. Click HERE for a written description. Both map and description provided by the Johnson Elementary School administration.
Editor's Note:  Top photo shows Principal Vicki Huffman, left, and Bridgeport Police SRO Jamie Hamrick going over the final touches of the traffic, drop off and parking plan Wednesday. A photo is shown of students arriving by bus on day one last year, while traffic along Johnson Avenue is shown in the third photo. In the fourth photo, Huffman, right, is shown with Assistant Principal Heather Holbert. In the fifth picture, Hamrick is shown directing traffic. Pictured below is the new parking and traffic map. Click the "HERE" above for the map that you can blow up and well as the second "HERE for a description. 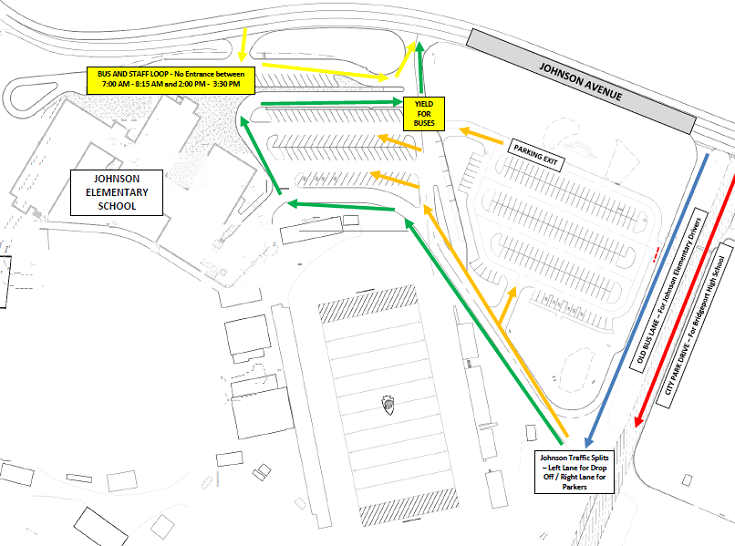