It was August 20, 1970, when what many will consider the worst storm in Bridgeport’s history took place. A tornado swept through the city and left a path of damage in its wake.
That was nearly 52 years ago. While many may remember it, most were either not born or too young to recall it.
That brings me to the reason for this week’s blog. And that would be what many consider the second worst storm to hit the City of 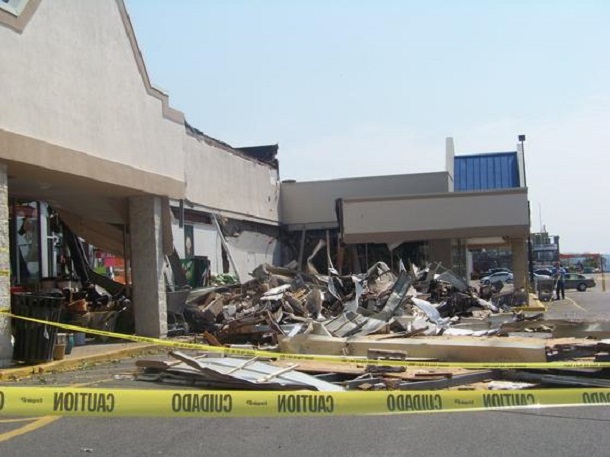 Bridgeport in modern times. I can assure you it is the single worst storm I have ever encountered during my time dealing with the city.
This coming Wednesday, June 29, 2022, will mark the 10-year anniversary of the Derecho that swept through Bridgeport and, like its tornado counterpart, left a trail of damage in Bridgeport, Harrison County, and all across West Virginia.
The memories of that day are as fresh in my mind as they were a decade ago. And not for particularly good reasons.
It was a Friday, later afternoon. At the time, the Connect-Bridgeport office was on the third floor of the Benedum Civic Center, and I was heading home for the weekend and had stopped to talk with former Parks and Recreation Director Don Burton about the storm warnings issued for the area.
There were no winds, it was not dark outside, and you could not hear the rumble of thunder or see the flash of lightning in the distance. After about 5 or 10 minutes of what I am certain was conversation with Don about nothing meaningful as I headed out for the weekend, I 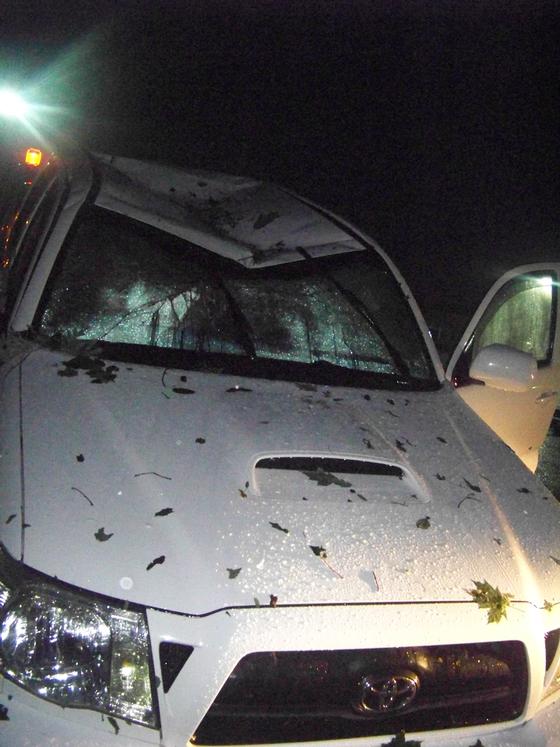 headed outside amidst multiple alerts on my cell phone of impending severe weather.
By now, it had grown noticeably darker outside, but I noticed there was no wind and, for that matter, no noise. For some reason, as I started walking down the BCC sidewalk, I decided to go back and get my camera just in case the storm progressed and was bad.
When I turned around, I saw something that stunned me. I could actually see the storm coming. Not in the distance, but as a wall of rain, wind, and dust coming directly toward me. In the matter of just a few seconds, I went from total calm to having to hold onto the railing of the front of the Civic Center to get back inside.
Once inside, things began to deteriorate, and rapidly. As Don Burton and I watched, debris was flying everywhere. A banner that stretched across Main Street near the Civic Center had ripped loose and was whipping so hard you could hear it snap as a brave city worker managed to somehow gain control of it and wrap it around a utility pole.
I figured I might wait the storm out when my cell phone rang. It was my wife in a bit of a state of panic. A large tree in our front yard had blown over. She was not sure about damage because she could not get outside and pleaded for me to get home.
The journey began. I was told by someone that Route 50 was closed down in Bridgeport, so I took Virginia Avenue hoping to get to Johnson and head to Interstate 79. Bad plan.
Officer Jamie Hamrick was stationed in front of the old Johnson Elementary School and was turning cars around. Johnson Avenue was not passable due to trees being down, so I headed back and opted to go up Route 50 from Virginia Avenue. 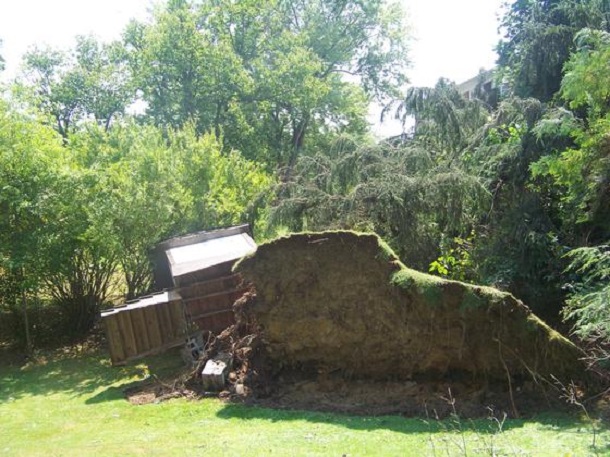 And, as warned, power lines were down in front of Twin Oaks and traffic, again, was not allowed through as I turned around with dozens of other cars looking for a route out. I opted for Route 58 and, although a tree was laying across one lane of roadway, I was able to maneuver past, and get back to my Clarksburg residence.
Once home, as the storm had subsided, I was stunned to see not just our tree, but multiple trees on our road and others along the way rolled over. In a rare stroke of good luck, our tree fell in a manner that it did not hit anything other than the road, sidewalk and a portion of my front yard and was only blocking one lane of traffic. There was no damage to the house.
Even better? We were one of the few houses in the neighborhood, as well as the county, still with power. In fact, we even managed to get through the storm with cable television.
That left me, along with Julie Perine who had found a safe haven with power in the storm, in a unique position as nearly every other news agency was without power. We got out news. We got out warnings. We got out information on who to call for help, and we got out pictures.
From a hard news standpoint, it was one of the first major stories we did. And there was plenty of it.
The destruction was massive. I am not sure of the dollar amount, but it had to be in the millions in Bridgeport alone. More than one car and truck were smashed from the storm. Homes were damaged, as were businesses.
Perhaps the worst damage was from Ollie’s at the Home Depot Plaza. The entire front end of the building collapsed. Portions of buildings on Clarksburg’s Main Street saw bricks falling into the roadway.
The storm system that started in the Midwest and covered pretty much all of West Virginia did $2.9 billion in damages. Three individuals in West Virginia were among the 22 nationally that died in the storm that featured winds easily topping 75 miles per hour.
How bad was it? Not only did FEMA initially declare it a disaster, but the entire state was eventually dubbed by FEMA as a “Major Disaster Area.” And it was.
To this day I have not experienced anything like it in my life. Here is hoping in 10 more years I will be writing about the 20-year anniversary of the worst storm in my lifetime as opposed to a new one.
Editor's Note: Top photo shows the morning after and the damage done to Ollie's Outlet at the Home Depot Plaza, while a truck is shown after a tree struck it during the storm. The third image shows a massive tree completely uprooted on Worthington Avenue.