ToquiNotes: Recalling One of My Youth's Favorite Hills Plaza Stops and the Long-Haired Mystery Man

By Jeff Toquinto on August 31, 2019 from ToquiNotes 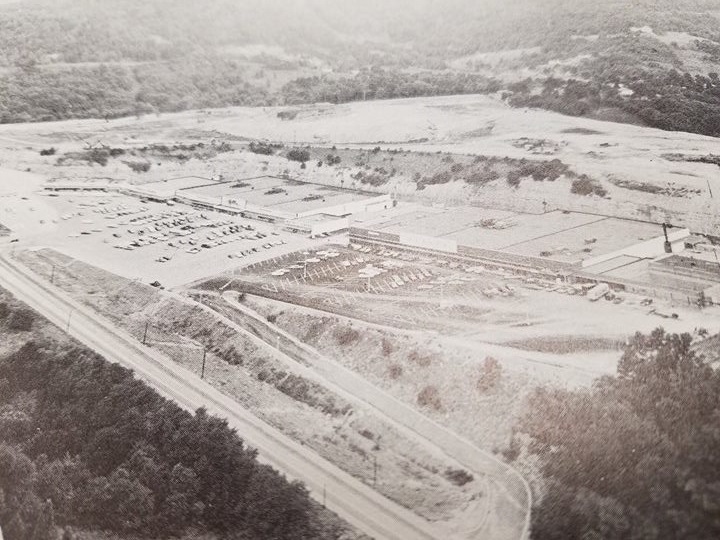 My friend, former co-worker, Bridgeport native and Bridgeport High School alumna Alecia (Sirk) Ford a couple of years ago sent me a photo she thought I may be interested in of the old plaza that was home to Hill’s Department Store. I most certainly was.
The photo was one of the oldest I have seen of the former retail giant. She found it in the October-November 1971 edition of West Virginia Illustrated that featured an article on reclaimed surface mine sites.
The photo, which is probably up to 50 years old, shows Hills when it was situated in the middle of the old plaza. What I found most interesting is that the article doesn’t refer to the plaza as the Hill’s Plaza. Instead, it refers to the shopping center as the Terrace Plaza Shopping Center.
That surprised me. In fact, to this day I still call the plaza when going by it the Hill’s Plaza. As I am just on the past 50 years of age, I can honestly tell you I’ve never once heard anyone call the shopping center the “old Terrace Plaza.”
That information Alecia provided me led us into a conversation about one of the plazas unique businesses. And due to my age, I’m probably going to get some of the information wrong and will gladly allow anyone reading this to set me on the straight path in the comment section below.
While Terrace as a name for the plaza seemed odd, it wasn’t completely off the wall. Primarily because I used to – as a youngster – frequent the Terrace Twin Cinemas. It’s the place where I watched Star Wars and saw a young Sylvester Stallone play in a movie about 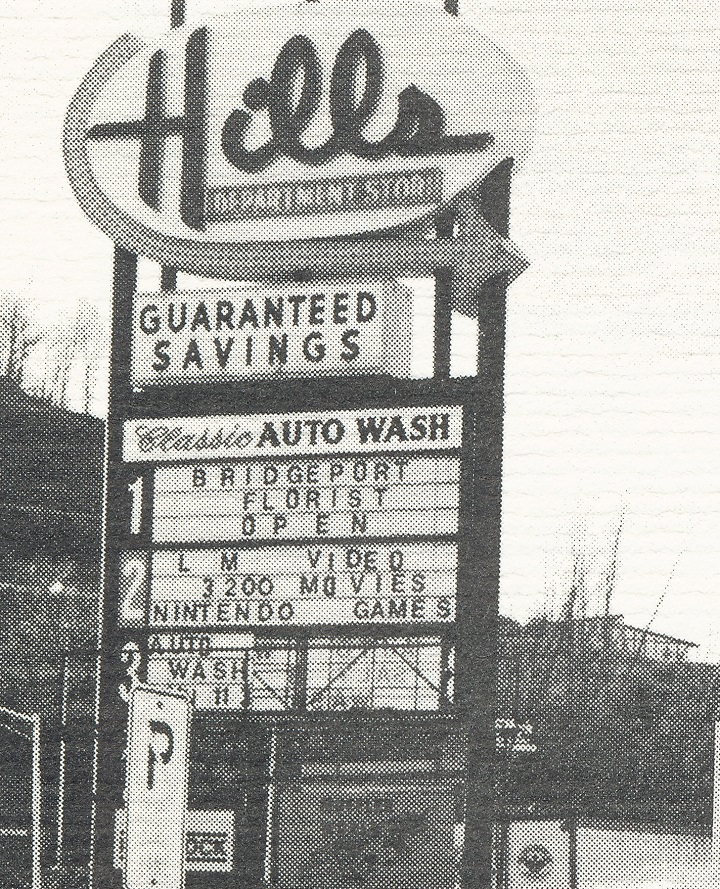 professional wrestling called Paradise Alley (bonus points for anyone besides yours truly that saw that movie).
The cinemas, at least for me, were unique. That was during the time when I still frequented the old Robinson Grand in downtown Clarksburg, the Ellis Drive-In in Bridgeport and made frequent trips to the still operating Sunset Drive-In that operates on the way to Shinnston.
It seemed cutting edge to me. Everything was modern and new and the popcorn, although not at the level of the standard set by nearby Hill’s Department Store, was worthy of a purchase. I still remember the angst I suffered during Paradise Alley when my brother, with a full tub of popcorn, racing with Doug Sprouse down the aisle and doing a face plant. Good humor for those in attendance, but a sad day for a youngster craving some popcorn.
I digress. The place, like so many of those businesses up there was special for so many reasons. Alecia, also had some fond memories of the place.
“I found the cinemas very interesting and one of the things I remember is that from the age of nine on my mother (Patty Sirk) would let me see any movie.  She would go to the counter and tell them it was fine so I got to see Saturday Night Fever, Hair and a lot of R-rated movies,” said Ford. “That was a big deal for someone my age.”
There was one blip in the plan. Alecia wanted to see “The Shining,” but her mother’s best friend Jo Miller thought that might be one best to preview before letting a youngster go. And after viewing it, Alecia was not given the green light.
Ironically, she remembered later seeing Friday the 13th Part II and thinking “the entire Bridgeport school system is here.” Yet, the Shining was not to be back in the day.
“I don’t think I saw the movie until I was in my 30s,” said Ford. “When I think of that movie, though, I still think of the Twin Cinemas.”
Ford also thought of something else. In fact, she brought up something I was very familiar with and perhaps others reading this may be as well. There was a manager, or maybe an usher, that was there every single time I was there.
One of the ushers had a very distinct John Lennon look. I remember it fondly as a kid. A long ponytail, or maybe just long hair down his back, on the man in question who seemed to work with a quiet dignity and who I later learned lived just two blocks up the street from me in North View. In fact, he drove a Volkswagen Karmann Ghia that was apparently greeted by approval of those in the Lennon genre.
“As far as I’m aware, he never said a word. He was a tall thin guy with hair down his back and a beard. He looked like no one else in town,” said Ford. “I remember the car too, which was so small and he just folded himself into. I thought he was the most exotic thing. He was a mystery to me and in my mind he was part of the cinema for as long as they were there.”
I can’t remember when the Terrace Cinemas closed. Heck, I’m pretty sure they eventually became three cinemas based on a photo that lets me know that it was closed prior to 1987 and was converted into what would become Classic Car Wash.
Dick Duez’s photo that he submitted for a Time Travel blog not too long ago (and pictured in this blog) shows the old lineup for the movies under the “Classic Car Wash” business sign. The thing that stood out immediately when I realized that the phot, which he said was from 1987, didn’t have listings for just two movies. There were listings for three. Apparently, the Twin Cinemas eventually became triplets. Again, I only have the photo inside this blog to offer up as proof.
All I can tell you about today is where the Terrace Cinemas once sat is the far end of the Home Depot. The man who looked like John Lennon moved from North View in my high school or early college days and I haven’t seen him or his long hair now for nearly three decades.
Yet, like so many other businesses that once stood there, the memories remain and – like the rest – they’re almost all fond. The lone exception being the lost popcorn.
Certainly, I would encourage anyone to share their memories below. And, as mentioned above, please help me set the record straight on anything I may have missed or anything you can add to.