By Jeff Toquinto on August 13, 2022 from ToquiNotes

When a business closes, there is generally nothing to celebrate. Such, for the purposes of this blog, will be the case here.
It is even more of a downer when the business in question has a pretty direct tie to one of the Meadowbrook Mall’s original stores from 1983. Although the business in question actually closed a few years ago, the one that was carrying out its legacy officially ceased operations last 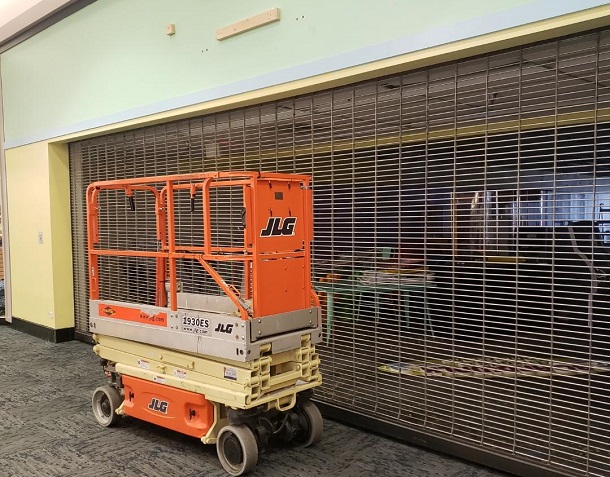 month – at least according to its Facebook page.
During a trip to the mall last weekend to do a little bit of shopping, I noticed on the way out of Marshall’s that Boardwalk Arcade & Confections was shut down and shut down tight.
When I got home, I visited their Facebook page and found out that, according to the last post made, the business closed July 19. The post stated that after a period of nearly four years their lease was up, and they were not going to be renewing it.
The four-year time frame is about right. According to the Bridgeport Finance Department, Boardwalk Arcade & Confections began business on August 27, 2018, which means it missed a four-year anniversary by a little more than a month.
As for a silver lining, there was one. The post stated that energies would be focused on expanding their sister store which is on the same side and right beside it – Four Horsemen Comics and Gaming – and that some of the items from the arcade would find a way over.
For those confused on how a store that began business in 2018 has anything to do with a store that was there when the mall first opened its doors in 1983, allow me to explain. Meadowbrook Mall has always had an arcade going back to the early 1980s.
The first rendition of the game room was Goldmine and was located near the food court. Today, it is home to a nail salon and, unless you’re a bit seasoned like yours truly, you would have no idea that the place used to be hopping with youngsters going crazy on video 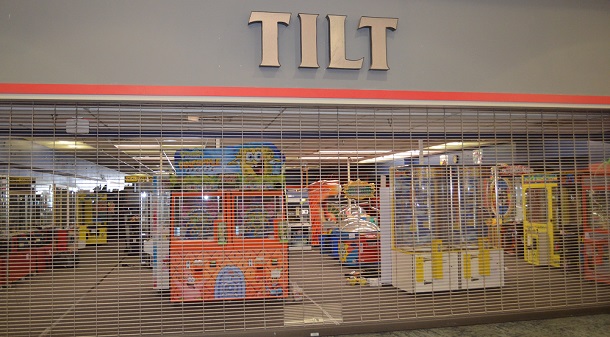 games in the dawn of the video game craze.
Eventually, the name changed to “Tilt” and there was a new location as well. The location was in the same location Boardwalk Arcade & Confections called home.
While Tilt and Goldmine were one in the same, Boardwalk Arcade & Confections was not. So why the tie in?
The down period between the closure of the Goldmine/Tilt business and the arrival of Boardwalk Arcade & Confections in the 6,800 square foot space was just a few months.  It was almost as if the business was sold (it was not) and then reinvented with a few new concepts, such as what you may see on the Atlantic City boardwalk and offering up plenty of treats and food items that were not available by Tilt or Goldmine during its 35-year run.
Although I am decades removed from my arcade days, I would occasionally – much to the chagrin of my wife – like to go through and drop a few quarters into some of the games and on a couple of occasions grab a snack. If I was playing, I was more than likely playing something on the vintage end of things as opposed to anything new.
It should be noted that there is still an arcade presence at the mall. Planet X or Planet X Laser Tag and Arcade is still going strong. It opened its doors in the summer of 2019 and for those always craving – and some complaining – nothing for kids to do, give it a try. And if you’re an adult, swing by as well.
With that said, it is still seen as one of the ties to the origins of the Meadowbrook Mall have a gated door up. Maybe it means bigger things will be in store for Planet X or even Four Horsemen Comics and Gaming. Or, even better, maybe something new is on the way that will occupy that space and others and force some reshuffling of existing stores.
Pie in the sky thinking? Perhaps, but I’m trying to make myself feel a little bit better about the future since a piece of history is – no matter who you slice it – is no more.
Editor's Note: Top photo shows the front of Boardwalk Arcade & Conferections after its closing and sign removal last month, while Tilt is shown shortly after it closed its doors in 2018.