For those looking for a new entertainment venue in Bridgeport, there is one on the way. And the announcement came during Tuesday morning’s Bridgeport Development Authority meeting.
As part of the new business portion of the agenda, a request for a “Business Sustainability Incentive” for Mountain Man Axe Throwing was brought up. The business will be located at 152 Thompson Drive in Gabe’s Plaza and will be situated right next to the plaza’s namesake. 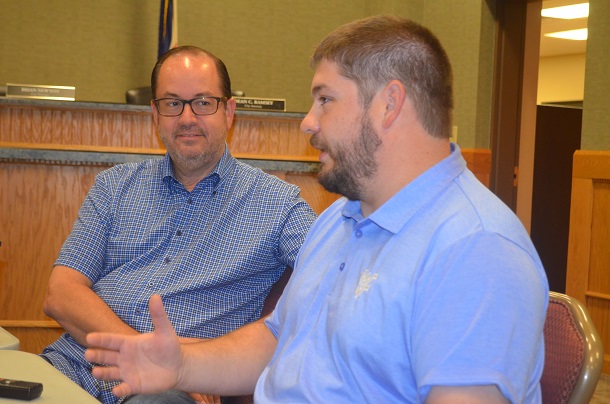 “The axe throwing will be the main attraction,” said Chris Atkins, who was representing the business at the meeting. “There will be 10 lanes including a private room with two lanes for private parties.”
The axe throwing craze is not new to the area, the state, or the country. However, this is the first one in Bridgeport’s city limits.
Axe throwing is not the only feature. There will also be a pair of “smash rooms” for those looking to break a few things or let out some pent-up frustration.
“We’ll actually have TVs set up so you can watch people smashing and breaking things,” said Atkins. “You’ll be able to break up anything from VHS tapes to glass to anything in between.”
Items for the smash room are often donated. Atkins said items are acquired from recyclers and different businesses as well. When asked by Community Development Director Andrea Kerr is they would take city items that could be smashed, Atkins said they could – but said there are some limits on what is smashed.
Individuals will not have to worry about injury. They will have body suits utilized for safety. 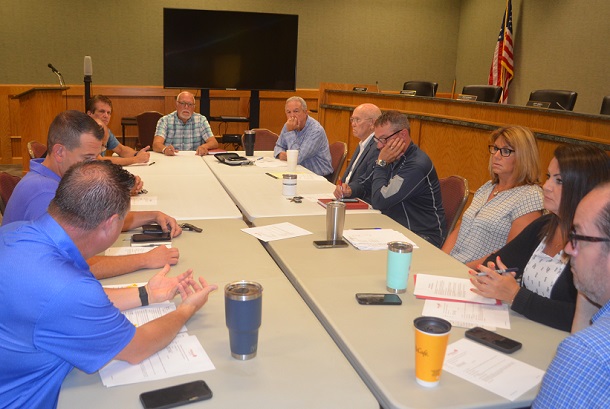 Atkins also said the facility will feature a black light paint room. He said that should be fun as well.
“The room will have a canvass set up in it and you can throw paint at the canvass or at each other. It’s a lot of fun, and a lot of fun for kids,” he said.
There will be beverages served in their tavern, including beer and wine. Atkins said the deal is not finalized, but there will be a restaurant, separate from their operation, opening up in part of the building. That announcement will come at a later date.
Commercial Land Development and City Neon is responsible for the shell building that will house the new business. The shell building came with a $470,107 price tag.
Atkins said this is the company’s second location (the other is in Star City) and they have plans for further expansion. He said the plan is to open in mid-October after initially planning on an April. opening. Delays in acquiring construction materials set the timeline back.
The building covers 10,000 square feet with this business occupying 8,000 square feet of it. Atkins said the building should hold 150 individuals.
As for the reason Atkins was there, the BDA did grant the incentive program, which is a 90-40-40 tax abatement that removes 90 percent of the taxes in year one, and 40 percent in years two and three of the business’ operation.
Editor's Note: Top photo shows Chris Atkins, right, talking about his new city business as Mayor Andy Lang looks on. Bottom photo shows the Development Authority listening to Drew Pomeroy, who served as acting president during the meeting in the foreground left, talking to the rest of the panel.