For those wondering when flights from North Central West Virginia Airport to Charlotte Douglas International Airport will begin, they will not have to wonder much longer.
NCWV Airport Director Rick Rock said the new daily flight service by Contour Airlines from Bridgeport to the Queen City will start Dec. 1. Flight service from Bridgeport to both Chicago and Washington, D.C., by United Express through SkyWest will end Nov. 30.
“As it stands, there is expected to be no downtime,” said Rock.
The switch to Contour is part of the Essential Air Service (EAS) program through the FAA that is monitored by the Federal Department of 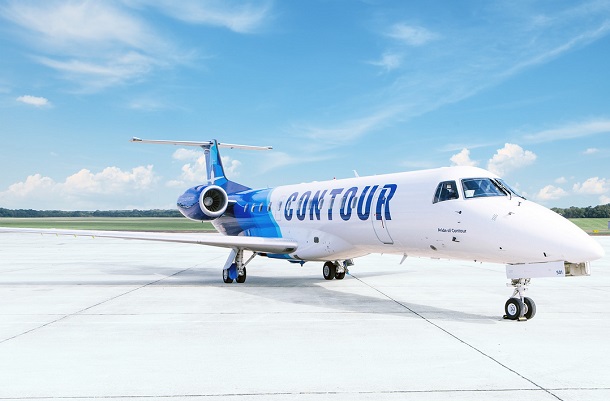 Transportation subsidizing air service in rural communities. On March, United announced that due to a national pilot shortage, they would be eliminating service in nearly 30 almost exclusively rural areas they were serving through EAS.
Because of that, the NCWV Airport had to go through the bidding process again. And the best bid, they believe, came from Contour, which will require a $5.5 million subsidy through EAS.
“We plan to start selling tickets (yesterday, Monday, Sept. 12),” said Rock.
Other than the destination, Rock said he expects reliable service through Contour, which currently is serving Beckley and Parkersburg. According to Rock, he talked with both airport directors there regarding what to expect.
“The thing we heard that stuck was that they were very satisfied with Contour,” said Rock.
Contour, like United Express, is jet service. It will offer daily flights on a 30-seat Embraer ERJ-135.
“Getting to this point, Contour has been very professional, and they are very excited to begin service in our community,” said Rock. “We look forward to working with them.” 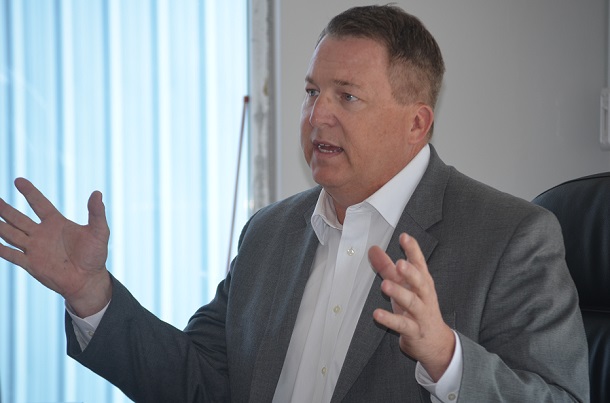 For those concerned about losing connections offered at Washington Dulles International Airport and Chicago O’Hare International Airport, Rock said Charlotte Douglas International Airport should more than meet the needs of those looking for connections.
“It is one of the best and biggest hubs on the East Coast,” said Rock. “Once our travelers get used to it and once we work out some bugs and maybe there will be no bugs, I think everyone will be happy with the options.”
And Rock said there will be options.
Contour has a ticket and bag and interline agreement in place with American Airlines. Information regarding Contour, its working with American Airlines, and other information will be released by the NCWV Airport in the weeks ahead.
“You can actually go through American Airlines for connection through Contour,” said Rock. “We’ll have that all spelled out soon.”
Rock expects this to be a great link for a large contingent of West Virginians living in Charlotte.
“One thing we feel good about is the opportunity to bring people home along with the network connectivity with American and Contour’s record of reliability,” said Rock. “Along with connecting, we hope to see people visiting Charlotte for a good time or to visit family and friends and we want those living there to come here.”