There will soon be a new person leading the way at the Greater Bridgeport Convention & Visitors Bureau. And it’s a familiar name to many in the city and throughout the region.
CVB Board of Directors President Drew Pomeroy confirmed that Bridgeport resident Cassie Ramsey Busdeker has been named the Interim Executive Director. He said an official title is expected to be added at a later date. 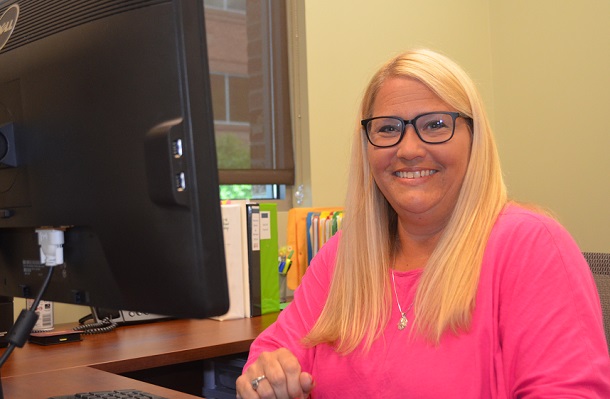 Busdeker is no stranger to Bridgeport. She grew up in the community and today calls it home as well. She is a 1990 Bridgeport High School graduate and 1996 graduate of West Virginia University with a degree in English. She is looking forward to the challenge that lies ahead.
“I grew up here and now my husband Brant and I are raising our kids here. Bridgeport is our home and I am so excited to embrace this new opportunity,” said Busdeker. “I want everyone to experience all the wonderful things Bridgeport has to offer.”
Busdeker is also no stranger to promoting Bridgeport and the entire region. For the better part of the last 20 years she’s served as the creative services director at WDTV.
“I’ve really enjoyed my time at WDTV,” she said. “I’ve been able to work with a lot of creative people there and within the community and I 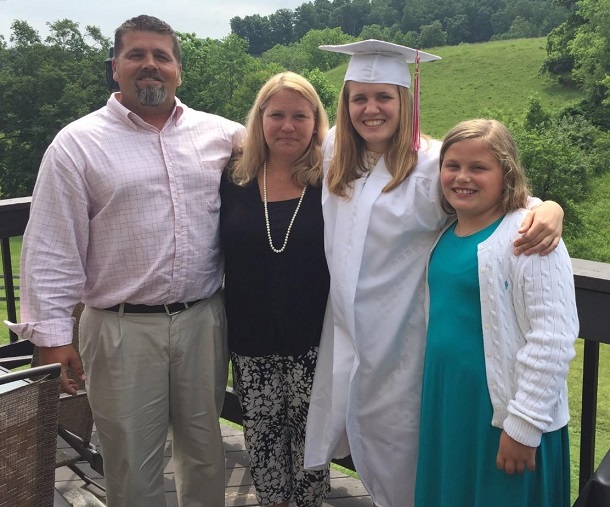 am looking forward to working on the creative front in this new position.”
Busdeker said the reason she applied for the job was simple.
“I’ve always wanted to be in a position to promote and help the City of Bridgeport,” said Busdeker.
Pomeroy said he and the board are looking forward to seeing Busdeker in action.
“We’re glad to have Cassie aboard. She’s certainly an asset already to Connect-Bridgeport (serving early on their advisory board) and the CVB in helping promoting events under that banner,” said Pomeroy. “We’re excited to see what she’s going to be able to do for the organization.”
Busdeker and her husband Brant are parents to two children. Alex, 20, is a junior at Fairmont State University and their other daughter Tory is a seventh-grade student at Bridgeport Middle School. Busdeker is the daughter of Dean and Caroline Ramsey of Bridgeport.
The position became open late in 2018. At that time, former director Michelle Duez left after a little more than six years on the job to assume the position of the Regional Philanthropic Officer for the American Red Cross.
Busdeker will begin July 8.
Editor's Note: Top photo shows Cassie Busdeker in what will soon be her new office, while she's shown with her husand and two daughters below.