More than once over the last several years, officials at the North Central West Virginia Airport have stated that the best way for airlines to consider new flights or expanding flight options is for the public to keep utilizing existing service. The good news is that the public is doing just that.
At Wednesday’s meet of the airports governing body, the Benedum Airport Authority, members were told good news as it relates to the use of the airport’s daily flight service by United Express and its destination service Allegiant. 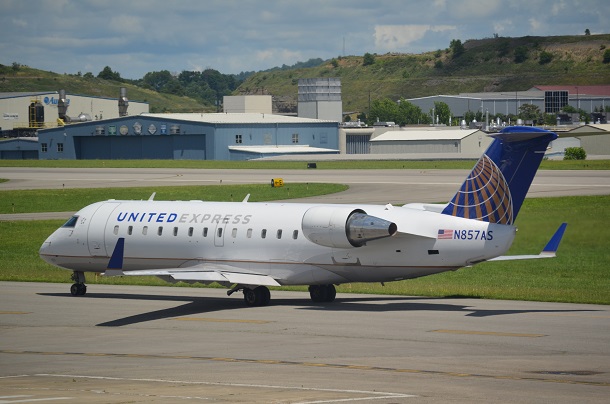 “We now have Allegiant flying here six days a week (along with United’s daily service) and we’re definitely getting a lot more passengers than we’ve ever had through here,” said NCWV Airport Deputy Director Shawn Long. “I don’t want to jump ahead to much, but we’re already over 15,000 for the year.”
Currently, the airport is reporting 15,216 enplanements (passengers) flying out of Bridgeport. The totals are for the first five months of the year and do not represent any passengers in June, which will include the bulk of the “six days a week” Long spoke of above.
On May 31, Allegiant began offering three flights per week as opposed to two flights to both Myrtle Beach and Orlando-Sanford International Airport in Florida. The three-day-a-week flights will continue through early August.
The number are extremely good considering that last year the airport had 38,296 passengers. Director Rick Rock said that was the highest total the airport could find in any records they have available and that his goal was to see numbers go well over 40,000 this year.
T 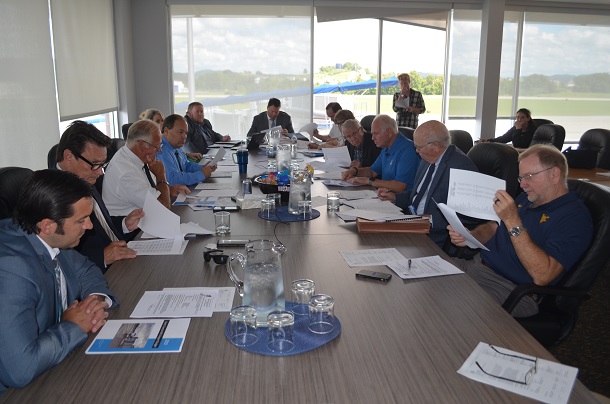 hat could be happening.
After five months, the airport is up 2,759 passengers. That number is almost certainly to spike over the next three months with the new Allegiant flights.
The airport’s daily flight service provider United Express (through Skywest) isalso showing strong numbers. In May, the daily service that flies to hubs in Chicago and Washington, D.C., saw the largest numbers to date with 1,733 passengers. That total passed the previous yearly high set last month of 1,419.
“We’ve never been that far (with passengers) at this point in the year,” Long told the board. “ … June is already trending to be up.”
Bridgeport Mayor Andy Lang said based on the numbers right now, the airport should easily surpass the 40,000 mark. In fact, he said the math shows it will be closer to 50,000.
“It could be as high as 48,000. That would be 10,000 more (than last year),” said Lang.
Rock has said he has used the numbers when making pitches to Allegiant to expand their existing services for longer times to both Orlando and Myrtle Beach. He said those numbers are also used when looking for Allegiant - and other airlines- to provide additional destination services. The numbers, this year, resulted in an added day of flights for the majority of summer to both Orlando and Myrtle Beach. Rock has said multiple times the airport is hoping to land a flight to the Gulf Coast of Florida through Allegiant as well as hoping to get back into Charlotte, but added that getting those flights will take time if it happens.
More from this meeting later on Connect-Bridgeport.
Editor's Note: Top photo shows a United Express jet departing for takeoff Wednesday in Bridgeport, while members of the Airport Authority are shown below during this week's meeting.