When you operate an airport, the last thing you want is for a flight to be delayed – or worse – canceled. Those operating airports, however, know flight cancelations are an inevitability.
The goal is to keep them at a minimum. The second thing that North Central West Virginia Airport Director Rick Rock wanted to make sure of was that in the event of cancelations that the possibility of options existed. 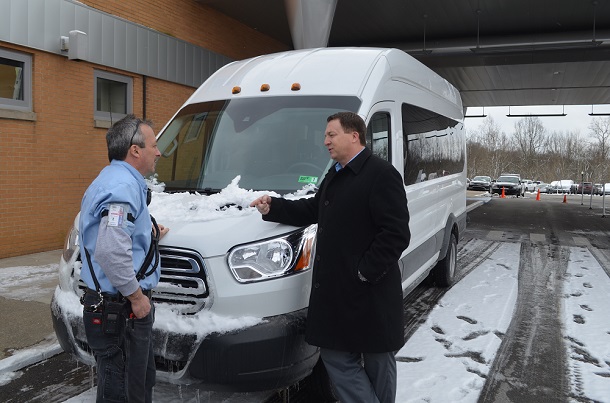 In February, an idea and an approval of an idea by the airport’s governing body, the Benedum Airport Authority, made a bad situation less of a bad situation. Rock recently told the Authority that in early February a United Express flight, the daily service provider to Chicago and Washington, D.C., had to be scratched.
“We had some mechanical issues,” said Rock.
While the flight being canceled almost certainly caused inconveniences for many, some people were provided with an option. Rock said they were scheduled on new flights, but not out of Bridgeport.
“Because of the foresight we had to buy vans, we were able to make a little bit of a positive out of it. We took some of the passengers,” said 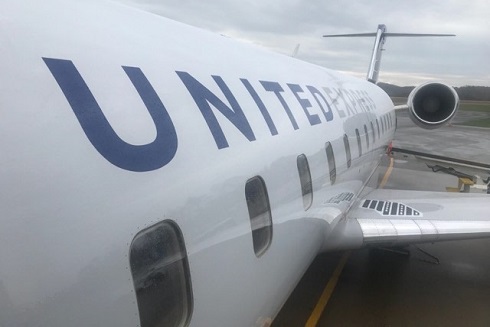 Rock. “This was a time where we didn’t need to leave them out in the cold.”
The two vans purchased by the NCWV Airport seat 30 individuals and also has storage for luggage. Rock said the two brand new vans purchased in 2018 cost roughly $65,000 and the key purpose was utilized during the mechanical situation.
“It’s not like before when this happened that you’re just left out in the cold with no option. We were able to rebook some of them and get them to Pittsburgh,” said Rock. “ … These will help whenever there is a hiccup in the operations.”
Rock said it’s not the first time it’s been utilized, but it was the first time prior to a meeting that he was able to discuss the success with the Authority. Although he hopes the vans get little use on that end, he said it’s a nice fallback.
“We’ve used it a couple of times before and it’s a good thing because any type of disruption in travel is annoying,” said Rock. “It’s one of the few times where you’re able to produce a few smiles in a situation where you know people aren’t happy. It is part of our goal to always provide the best customer service and the foresight to purchase those vans allowed us to do just that.”
Editor's Note: Top photo shows NCWV Airport Director Rick Rock, right, talking with Operations Supervisor Ron Cochran in front of one of the two vans purchased by the airport last year. Bottom photo shows a United Express plane on the runway in Bridgeport.