him. In fact, the 1995 graduate even participated in his own unique way at the Winter Olympic Games being held in Sochi, Russia without ever boarding a plane.
“I guess you can say I was involved, but it’s really not that glamorous of a story,” said Burgess with a laugh.
Whether what transpired is glamorous, in this case with Burgess and Abbott, is certainly in the eye of the beholder. At a minimum, the fact that Burgess has an Olympic tie with Abbott should stand out. Abbott’s massive fall on the ice where many thought he couldn’t finish that was followed by him ending a spectacular routine has emerged as one of the top stories of the games from Sochi.
And in a small and yet somewhat significant way, Burgess was there. You can decide on the level of glamour it rises to.
Before getting to just how Burgess was involved, it’s probably best to trace the steps on just how he got to that point. A long-time lover of music and the arts, Burgess is likely remembered by many as a senior member of Coach Wayne Jamison’s 1994 Class AA quarterfinalist football team.

Since that time, Burgess’ journey has been much further removed on the athletic front and much closely associated with his love of music.
After departing Bridgeport following graduation, Burgess’ higher education path began. He earned a Bachelor’s Degree in guitar from Duquesne University in Pittsburgh before eventually getting his Master’s in the same subject from New York University.
Although there’s been plenty of stuff in between – some of which will be mentioned throughout – Burgess finds himself living in the Astoria section of New York City with his wife Jane and his three-year-old son Charlie. Together, the Burgess family runs a nonprofit music and arts school in Queens. When not doing that, he’s a substitute on Broadway shows, including working on the show “Newsies” at this moment.
“Every show, members of the orchestra are allowed to take up to 50 percent of their shows off. Because of that, each member develops a sub list and I get called out to step in,” said Burgess, who also has performed as a guitarist for Cirque Du Soleil.
Burgess’ work keeps him in touch with the music industry. One of those is music director Steven Jamail, whom Burgess has done work with. Jamail, who is the music director for Rosie O’Donnell’s charitable show “Rosie’s Theater Kids,” has a client named Jeremy Abbott. And it’s the same Abbott that is now part of Olympic lore.

Jamail was working with Abbott on music for one of his long routines and Abbott has settled on a song by the group Muse. The song chosen was Exogenesis Symphony Part 3.
“They told me that Jeremy loved this song for his long routine, but that the guitar solo wasn’t dramatic enough for what he wanted in the routine; it didn’t match the drama he wanted,” said Burgess, who wrote a film score with his brother-in-law Rob Cookman for the Appalachian-music inspired In The Magic  of the Green Mountains. “(Jamail) contacted me about doing a recording over the original music, which turns out to be me mimicking a good part of the solo and adding my own stuff at the end.”
Initially, the thought was for Burgess to head into the studio and do the work. But, he opted to do it at home at first to see if it would work out.
“The recording technology today is amazing. It was going to be hard to get into a studio so I did some takes at home and if they didn’t like the sound quality then I could head into a studio and do it for them,” said Burgess.
After doing a couple of takes, Abbott listened to it and sent his suggestions for revisions. After a few exchanges it was a wrap. And after that, Burgess didn’t give it a lot more thought.

“To be totally honest, I forgot about it after I got paid. Then I got a text a few weeks back telling me that my guitar solo would be on television when Jeremy was performing in the U.S. Figure Skating championships,” said Burgess of the event in Boston last month. “When he qualified for the Olympics I realized my music would be there. I guess that’s pretty cool to have had your solo as part of the Olympics, particularly when you realize that most of the time when you do this work it turns out to be nothing.”
Although Abbott’s massive spill and bouncing back up to finish his routine wasn't to the Muse music that Burgess is featured in, his music is still part of the story of Jeremy Abbott’s 2014 Olympic experience. And to Burgess, that’s okay with him.
“I’m pretty pleased about it. I watched all the figure skating and was watching when he fell and felt awful for him,” said Burgess. “I’m actually glad it wasn’t my music playing when it happened.”
Editor's Note: Top photos show Burgess posing and practicing with his guitar, while the third photo shows Burgess with a student at the non-profit music and art school he runs with his wife Jane. In the bottom picture, Burgess is shown performing at The Palace Theater in Danbury, Connecticut with Amanda Bromme. 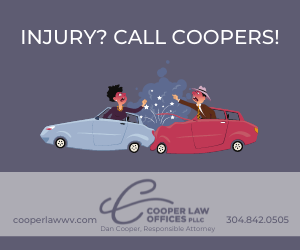